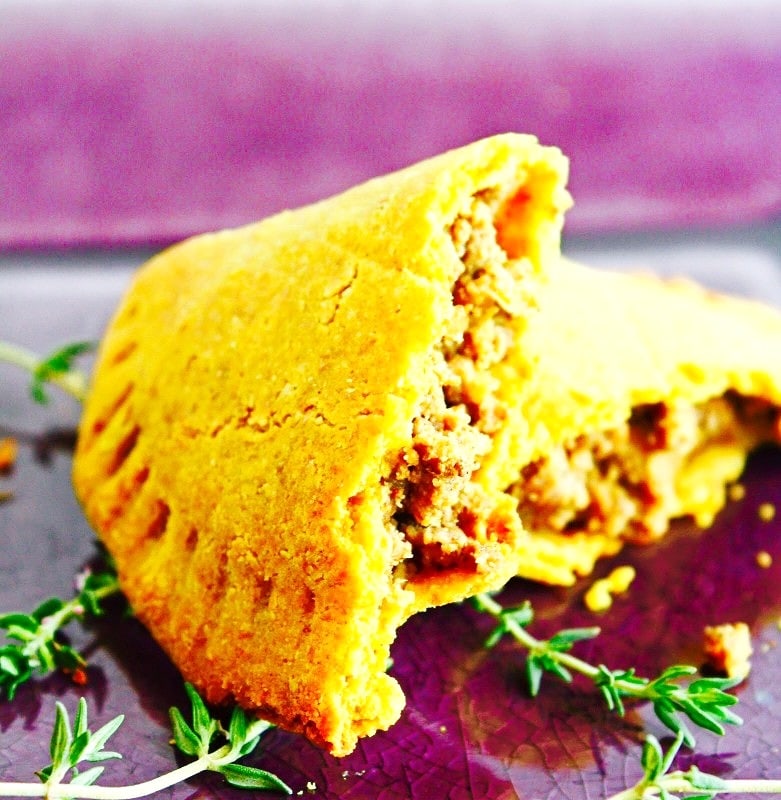 Citizens, this is perhaps the classic Jamaican dish, outside of Jerked meat! A Jamaican patty is a pastry that contains a meat filling and spices baked inside a flaky shell, often tinted golden yellow with an egg yolk mixture or turmeric.

It is made like a turnover but is more savory. As its name suggests, it is commonly found in Jamaica, and is also eaten in other areas of the Caribbean, such as Nicaragua and Costa Rica’s Caribbean coast.

It is traditionally filled with seasoned ground beef, and is often eaten as a full meal, but it can also be made as bite-sized portions called cocktail patties.

The beef patty is a product of colonialism and migration developed after the introduction of the Cornish pasty in the Caribbean, mixed with cumin and curry seasonings of Indian indentured servants in Jamaica and cayenne pepper from African slaves. The incendiary taste of the Scotch bonnet, a hot pepper indigenous to Jamaica, completed the flavor.

Jamaicans brought recipes for the patties northward in the 1960s and 1970s when many went to the United States as hospital orderlies, home health aides and nurses.

Their popularity is spreading in the UK and they are becoming available in many mainstream outlets. They also are popular in Toronto, Washington, DC, and numerous other areas throughout the American northeast and Canadian Great Lakes regions; in many of those areas, they are available in grocery stores, delis, corner stores, and convenience stores.

Citizens, my recipe is both traditional, spicy and authentic – I believe you will find it to be a wonderful meal, especially paired with a cold Jamaican beer! 🙂