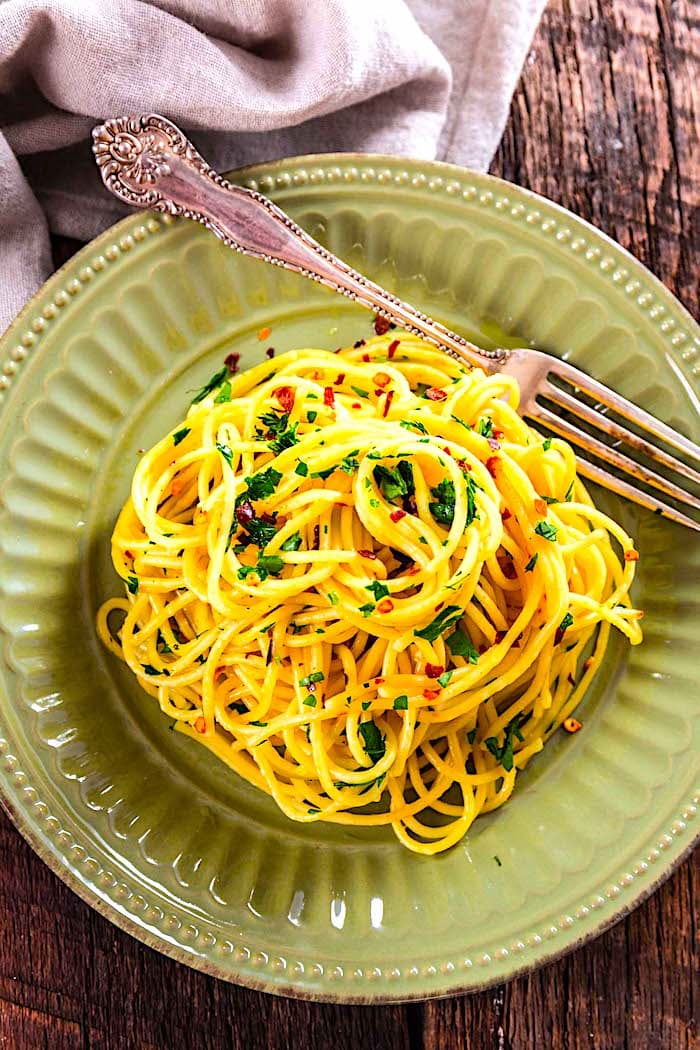 Citizens, we continue with our flight of easy-to-make pantry recipes for the quarantined or those sheltering in place – which sadly at this point is probably most of us in the world. There are many superlative and simple Italian pasta dishes that can be easily made from pantry items – and none is more superlative and simple than linguine aglio e olio – Italian for ‘linguine [with] garlic and oil’ – a traditional Italian pasta dish from Naples.

The dish is made by making some al dente spaghetti or linguine, and then lightly sautéing sliced, minced, or pressed garlic in olive oil, sometimes with the addition of dried red chili flakes or fresh minced hot red pepper (in which case its name is spaghetti aglio, olio e peperoncino).

Finely-chopped parsley can also be added as a garnish for the linguine, along with grated Parmesan or Pecorino Romano cheese, although according to some traditional recipes, cheese should not be added. I will conveniently look away and avert My eyes to avoid embarrassment… 😉

This traditional Italian pasta dish is believed to have its origins from the region of Abruzzo. However, linguine or spaghetti aglio e olio is probably one of the most common and popular dishes eaten on a regular basis all across Italy.

Originally this recipe started life as just pasta with garlic and oil (aglio e uoglie in Neapolitan dialect). The peperoncino was added at a later date. It is a typical Neapolitan recipe, part of the range of so-called ‘poor’ recipes of Neapolitan cuisine (cucina povera) along with ‘allo scarpariello, alla puttanesca and pasta with beans (pasta e fasule).

I have also read that it was actually the poor version of pasta with clams and also known as ‘alle vongole fujute’ (meaning with clams which escaped!) The clams (vongole) existing only in the imagination of the person eating the dish!

Another interesting historical footnote to this pasta recipe is that it is said to be one of the dishes that inspired Ferdinand IV of Bourbon to order the invention of a fork with 4 tines (in those days forks only had 2 tines) so that he could eat ‘garlic and oil pasta’ without using his hands!

In those days the Neapolitans ate pasta with their hands which was of course a messy affair, especially once they started adding tomatoes to it! So this dish was once also known as ‘alla Borbonica’. If that food legend is true, forks with 4 tines were invented in order to eat the original pasta aglio, olio e peperoncino!

Citizens, this is truly one of the all-time simplest pasta recipes on planet Earth – and also one of its most savory and delicious! The flavors are pure and razor-sharp on the palate, and that means there is nowhere to hide if you’re using poor-quality ingredients, it will definitely show.

The garlic should be fresh and without a green germ growing in the center – if it’s there, cut the clove in ½ lengthwise and use the tip of your knife to remove it. I prefer to slice my cloves very thin to give good garlic flavor to the linguine, but without causing an overwhelming taste of garlic.

For the olive oil, it stands to reason it must be excellent – but since we are cooking from the pantry in the middle of a pandemic, use whatever olive oil you have, it doesn’t have to be the regional oils I specify in the recipe.

The dish is served with either fresh red chilies or dried chili flakes – either works, although my affectation is to use Aleppo pepper flakes instead of the standard used on pizza. Regular flakes work just fine and are in fact traditional – don’t forget that hot peppers didn’t reach the shores of Italy until the 17th century or so from South America, where they are native.

Worth emphasizing – in America, the word ‘peperoncino’ usually refers to a green pickled pepper – do NOT use these in this recipe, the flavor profile is totally different. In Italy, the word refers to spicy-hot red peppers.

One trick known by Italian nonnas (grandmothers) in this recipe is to reserve some of the starchy cooking water from the linguine to emulsify the oil and help it to stick to the pasta. Not many recipes call for this step, but please don’t omit it – trust me and centuries of tradition on this one, you’ll thank me!

Citizens, you may wish to consider this as part of a fantastic Italian meal with this delicious Italian-American favorite! 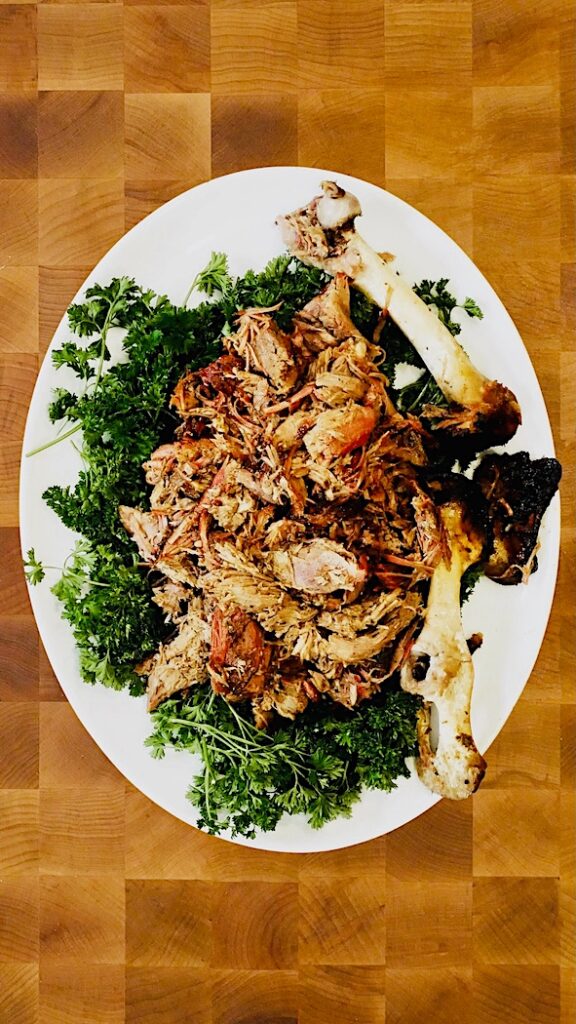 () My glorious and unmatched Citizens! Today is indeed a banner day for TFD Nation, for we have formed an alliance of gastronomic ideology with a new friend and his multitudinous magnitude of followers – all of whom worship at the carnivorous altar of smoke, fire and savor that is GRILLED MEAT fit for the…