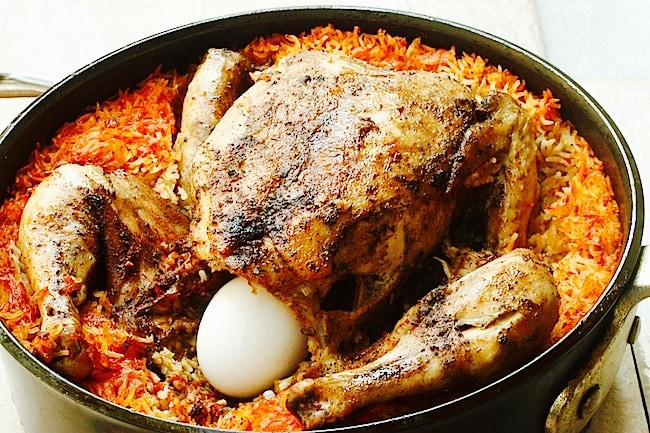 Citizens, you may not be aware of the ancient, sad and magnificent history of the Jewish community in Iraq. Allow your glorious leader to educate you on this historic group and one of their most famous recipes!

This excellent summary from the Jerusalrm Post covers the basics:

“The history of Jews in Iraq can be traced back to the Babylonian Exile in 586 B.C.E. After Nebuchadnezzar, King of Babylon (part of modern-day Iraq), destroyed Judah and the First Temple in Jerusalem, he decided to put an end to the Jewish state once and for all.

He captured the most influential citizens and brought them back to Babylon, leaving only the poorest citizens behind. As a result, the Jewish community in Babylonia flourished and even became more magnificent than that of ancient Palestine. In time, Babylon would become the focus of Judaism for more than a thousand years.

Babylonia became the seat of Jewish learning and wisdom. Great academies of Jewish learning were founded by the great Rabbis who would eventually be the first to write down the Mishna (Jewish Oral Law), and its commentary, the Talmud.

The Jewish community thrived in this part of the world and Jews became high-ranking officials in the government, owned businesses, and enjoyed peaceful relations with the native population. However, the rise of Islam opened a new chapter in the lives of Babylonian Jews.

As time went on, persecutions became more frequent and it wasn’t until the Ottoman Turks gained control of the area in 1638 that life for the Jews became secure. Over time however, centralized Turkish control waned, and the situation for the Jews worsened.

After gaining its independence, with help of Jewish support, in 1932, Iraq started out as a safe place for Jews. The first Iraqi minister of finance, Sir Sassoon Eskel, was even Jewish.

At that time, Jews and Arab Iraqis lived and worked together, and saw themselves as one people. However on August 27, 1934 life for the Jews of Iraq changed forever. Fueled by Nazi propaganda, the Iraqi government passed a law that dismissed Jews from the government, set up quotas in colleges and universities, and made it illegal to teach Jewish history and Hebrew in Jewish schools.

It was the beginning of the end. On June 1 and 2, 1941 a pogrom broke out in Baghdad and approximately 200 Jews were openly murdered, and another 2,000 were injured. The founding of the State of Israel in 1948 caused even more problems for the Jews of Iraq, and by 1951 Israel instituted Operation Ezra and Nehemiah to bring Iraqi Jews safely to the Jewish state.

The situation became progressively worse over the years to the point where a population of well over 120,000 Jewish Iraqis has dwindled to a population, at last count, eight Jews were left in what was once the greatest center of Jewish civilization.”

From the Jewish newspaper The Forward:

“T’beet, a chicken stuffed with rice and spices and cooked buried in more rice and spices, was the traditional Sabbath lunch of the Babylonian Jews of Iraq for generations. I say “was” because apart from the older generation of exiled Iraqi Jews, like my mother and a few relatives, very few people make this dish today.

Mesopotamia (and modern day Iraq) was, until relatively recently, a mosaic of different ethnic and religious communities, including a Jewish community that dates back 2600 years. Despite its diversity, all Iraqis shared a common cuisine, with each religious group developing their way of cooking certain dishes and inventing others which were typical of their community.

For the Babylonian Jews the most important dish was their emblematic Sabbath meal called t’beet. The aromatic spices of cinnamon, cardamom and pepper used in this slow-cooking dish give the rice and chicken a wonderful and delicate flavour. It was to the Sabbath what turkey is to Thanksgiving, with one exception, we had it every Saturday, fifty-two times a year.”

As kindling fire and cooking are activities that are not permitted on the Sabbath, this dish is started on Fridays before sundown. It is then allowed to continue cooking in a very low oven for 14 – 18 hours! Nowadays, slow cookers are also used for these types of dishes. The final result of t’beet is a very tender and flavorful dish indeed!

Lastly, another article from Tablet magazine:

“Tebit, which has become a sought-after dish in Israel’s various home-cooking markets, operating mainly on Fridays and supplying take-out food for the weekend, is an excellent example of Iraqi cuisine as it contains two of its key ingredients: rice and the savory and fragrant baharat.

This spice blend differs from country to country, and even the Iraqi baharat has various versions, with ingredients ranging approximately from seven to 16 different spices—usually including cardamom, cinnamon, cloves, coriander, cumin, nutmeg, paprika, and black pepper. Mine uses rose petals, which you can buy here.

Citizens, my version of t’beet hews very closely to the original – I’ve made one accommodation to modernity, however. The original recipe actually called for a completely deboned chicken, which was then wrapped around a meat filling. I’ve made the decision instead to just stuff a whole chicken in the interest of time and the lack of master butchery skills on the part of most people.

Enjoy the redolent aromas that will fill your house with this magnificent dish and remember the past glories and ancient history of the Iraqi Jews, Citizens. Try it as part of a full Iraqi meal, perhaps with some Amba sauce as a condiment! 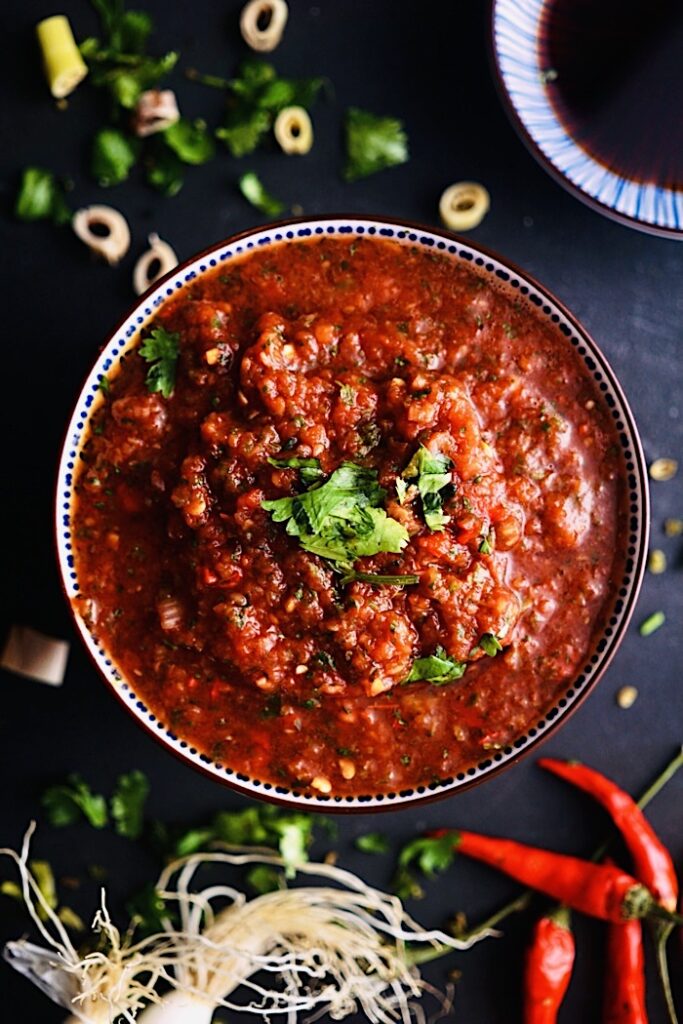