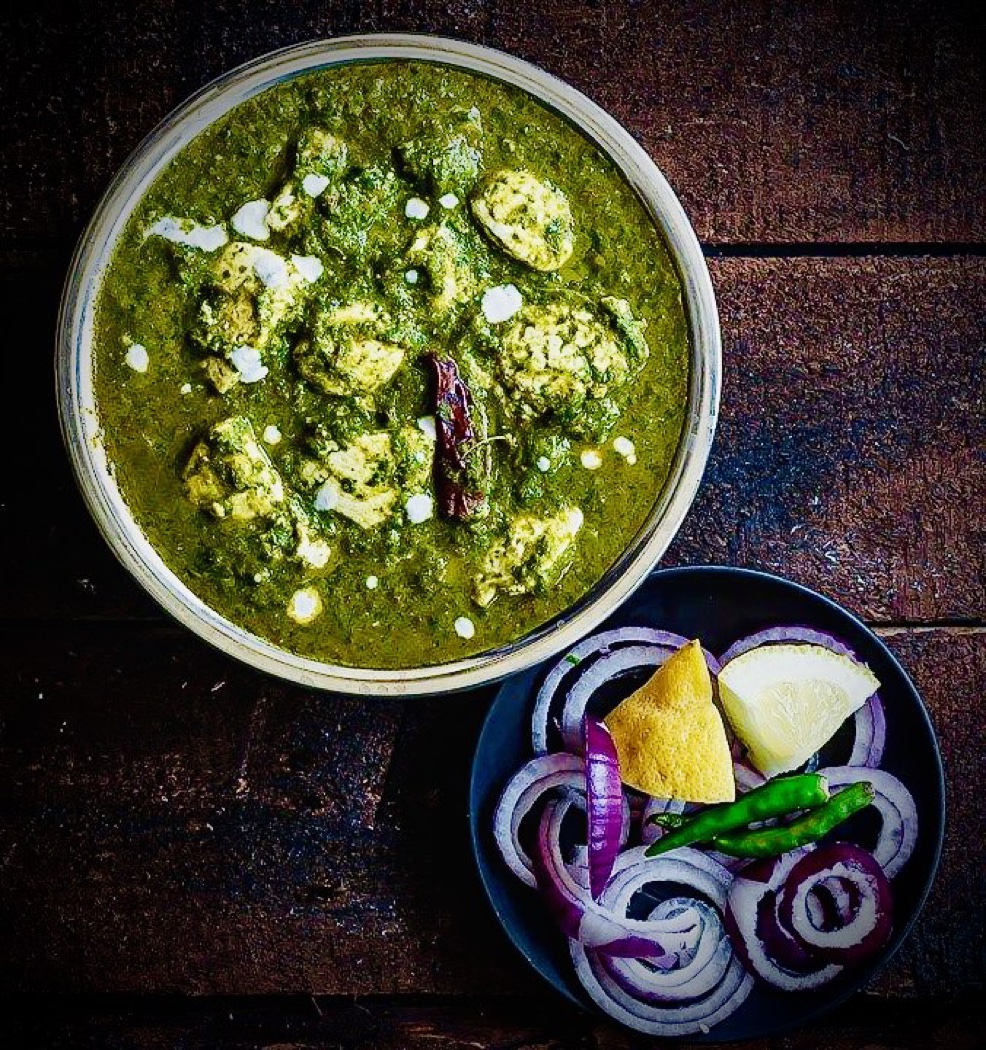 Citizens! My sincere apologies for the profound delay in getting this latest recipe post made – it’s been a very difficult few weeks here at TFD’s Sanctum Sanctorum and I have just flown down to New Mexico to visit My father and stepmother (My first flight in nearly 15 months!). It’s a surreal experience being around large numbers of people again, and the airport experience has definitely changed post-COVID – mercifully, San Francisco has been repeatedly cited as the best city in the country for managing the pandemic.

Sadly, India has not been so fortunate – as you are assuredly aware from the news, India is now Ground Zero for the worst COVID-19 epidemic in the World with hundreds of thousands of deaths, terrible Oxygen shortages and more. India is probably home to more TFD Citizens than any country outside the United States, and I send all My best wishes to those suffering there. In honor of TFD Nation’s Indian Citizenry, I wish to share today with you a classic of Indian comfort food – the well-known and supremely delicious lacto-vegetarian treat from the Indian state of Punjab known as saag paneer!

Saag, sag or saga is a leaf vegetable dish eaten in the Indian subcontinent with bread such as roti or naan, or rice (in Assam, Bangladesh, Kashmir, Nepal, Odisha, West Punjab, East Punjab, Tripura and West Bengal). Saag (Punjabi for ‘greens’) can be made from any combination of spinach, mustard greens, collard greens, basella, finely chopped broccoli or other greens, along with added spices and sometimes other ingredients such as paneer.

As early as 2000 BC, the Mohenjdodaro and Harappan civilizations are believed to have made a Saag of Mustard greens in clay pots. It is possible that the Mustard greens were cooked in Yak’s milk. That said, it was not in fact until the Akbar period in the late 1500s that Paneer was at last introduced to Indian cuisine! As noted on culturecheesemag.com:

To talk about saag paneer, we have to talk, first, about paneer. India’s widespread and creative consumption of dairy contrasts with the eating habits of much of the rest of Asia, where milk products tend to be hard to come by. In India, the prevalence of cattle—sacred in Hindu Indian culture—makes yogurt, cheese, and milk much more commonplace. Paneer, also known as chhana, is the star of the Indian cheese world.

An early form of paneer is said, by legend, to have been made accidentally in saddlebags during the Mongol Empire. As the nomads rode their horses from settlement to settlement with the desert sun beating down, the milk they were toting mingled with the rennet lining their rawhide bags (TFD Note: they are known as mushki), curdling into a sort of proto-paneer. These days, it’s strictly vegetarian—modern makers curdle the milk with lemon juice or other acids—but in the beginning, the story goes, rennet did the job. Despite these early origins, though, paneer didn’t make its way into Indian cuisine until the Mughal Empire.

If the saddlebags story doesn’t suit you, here’s another proposed origin story: Paneer may have entered Indian culture when the Portuguese introduced Calcutta to the technique. It is said that Portuguese settlers brought their knowledge of making fresh cheese, or queijos frescos, to the region around the 17th century, introducing India to the acid method of cheesemaking. Either way, it’s a good thing paneer found its footing somehow.

Paneer is far easier than most cheeses to make at home, akin to ricotta and queso fresco. It’s a fresh cheese, needing only a few hours at most to do its thing, where most need more time to ripen. It also only requires two ingredients—one might say that the only thing to paneer is paneer itself (sorry). To make the creamy cubes, milk is heated and an acid (often lemon juice or vinegar) is added, and the resulting curds and whey are separated. The curds are pressed, and there we have it: paneer that can be eaten fresh, cubed and fried, or mixed into any dish.

Now, back to the matter at hand: saag paneer. Around 2000 BCE, when the Ayurvedic cooking tradition found its legs, people likely prepared chopped mustard greens in earthen pots with yak’s milk. Saag in Hindi means “leafy greens,” which accounts for the combination of mustard greens, spinach, fenugreek, and other leaves in traditional saag, but, in its earliest form, mustard greens were the main event.

Palak, meaning spinach, drives the quite common variation palak paneer, so if the menu says palak instead of saag, you can expect to see only spinach among the cheese cubes. The difference between the two isn’t huge: saag is now typically made with spinach in addition to mustard greens. In the present day, heavy cream has replaced yak’s milk. When cubed, fried paneer enters the equation, the dish becomes saag paneer.

Roughly 30 percent of the Indian population adheres to a vegetarian diet, so saag paneer is not only delicious but also provides a delicious source of necessary protein to those who don’t eat meat. Saag paneer is commonly eaten as a side dish—perhaps with a plate of chicken or vegetable tikka masala or vindaloo—or alongside breads like naan or roti, often with a lassi to drink.

Saag paneer and palak paneer are frequently (and wrongly) used interchangeably, as noted on the fantastic blog monsoonspice.com:

Unlike the spinach leaves which takes just few minutes to wilt and cook, Saag takes much longer time as the greens usually have thick leaves and veins and takes long time to break when cooking.

Although many Indian restaurants and takeaways feature Saag Paneer on their menu, most often it is rather confusing for the customer as the base gravy has just spinach! Most often, Saag Paneer and Palak Paneer are used interchangeably, sometimes to mislead and most the times due to lack of knowledge!

One of my all-time favorite versions of true saag paneer actually comes from the vegetarian communal kitchens of the Hare Krshna sect. What, you didn’t know they HAD such a thing? Indeed they do, much like the Sikhs with communal free kitchens always open at their gurdwara complexes. A gurdwara (gurdwārā; meaning “door to the guru”) is a place of assembly and worship for Sikhs.

Sikhs also refer to gurdwaras as Gurdwara Sahib. People from all faiths are welcomed in gurdwaras and are fed accordingly – a feee is never charged. A great story on the Hare Krshna vegetarian kitchens may be found here.

Unlike the typical saag paneer served in your local Indian takeaway, Mine is spiced to My specifications and is redolent of many different herbs/spices  and I also include My preferred blend of leafy greens as well. A key flavor in authentic saag paneer is the potent Indian spice known as asafœtida, the resin from a fennel-like plant with a very strong odor of garlic – use it very sparingly, and grind fresh from a whole lump of resin. That way, you are getting all asafœtida as opposed to 20% spice and 80% fillers in the pre-ground version. This vendor ships organic spice direct from India!

Dried methi (fenugreek leaves) with their grassy, slightly nutty and bitter flavors are also a must in this dish – you can easily purchase some top-quality methi leaves from Amazon here. Organic ajwain seeds (a favorite spice of Mine!) may be found here and Ceylon Cinnamon (NOT regular cinnamon!) may be purchased here in an exceptionally pure form straight from Sri Lanka!

Try and find paneer in your local grocery store – failing that, either use well-washed cow milk feta (and cut the salt for the rest of the recipe in ½) or make your own by adding lemon juice to whole milk and separating the curds of fresh cheese once it curdles. Note that in the classic Punjabi recipe for saag paneer, the spices are left whole and I have – of course – followed suit.

Citizens, this is not an overly difficult recipe to make, but I guarantee it will spoil you forever – once you know what REAL saag paneer tastes like, you’ll never be satisfied with poor-quality substitutes ever again! To all of My Indian Citizens – the Raj of Respect, the Maharajah of Mastery, YOUR TFD! – sends His most sincere and positive hopes for a swift end to your pandemic (and to all of us throughout the world!). Donate to help India via the link here. 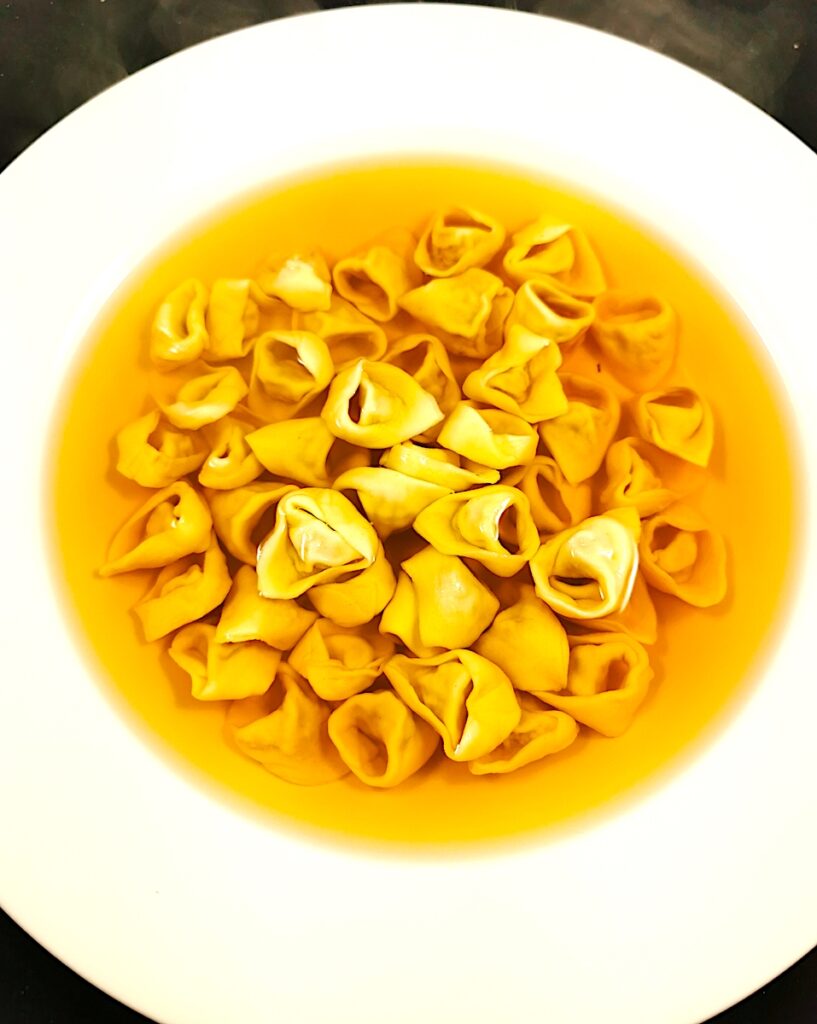 () My glorious and revered Citizens! This last week has been a difficult one indeed, as My depression had begun to spiral so badly out of control that it nearly got the better of Me (in the worst possible way) – thankfully, last night I turned a corner and started eating (and sleeping) to the…