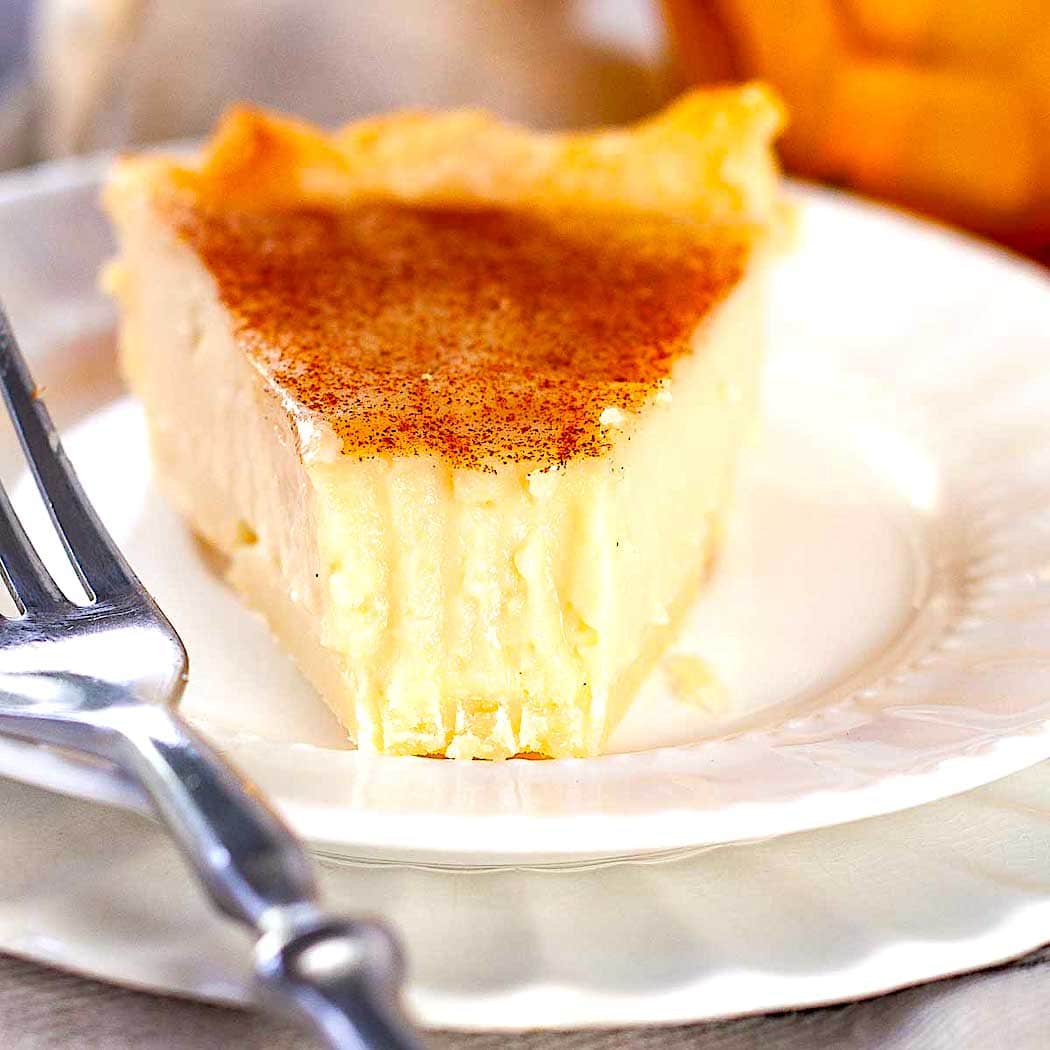 Citizens – I now share with you the scourge of Diabetics, the enemy of fitness and the antagonist of skinny: the infamous Hoosier Sugar Cream Pie!

It’s everything its name promises. 🙂

Sugar pie is a typical dessert of the western European countries of Northern France and Belgium, the Canadian province of Quebec, and Midwestern United States states such as Indiana, where it is known as “Hoosier” (the name given to natives of the state) sugar cream pie.

The following information is courtesy of Joanne Raetz Stuttgen, author of Cafe Indiana:

I suspect there is no single origin of sugar cream pie. It is a simple and basic pie “desperation pie” that could be made with ingredients that would have nearly always been on hand on any farm, just like buttermilk pie, vinegar pie, and mock apple pie using green tomatoes. It’s possible that it may have originated with Indiana pioneers, or with the Amish, who make a similar type of egg less baked cream pie. The Hoosier Cookbook (1976), by Elaine Lumbra and Jacqueline Lacy, includes but one recipe for sugar cream pie. The note says it is a 160-year-old recipe; it was contributed by Mrs. Kenneth D. Hahn of Miami County. This would take the recipe back to 1816, the year of Indiana statehood.

So, you might ask, which came first? Indiana or sugar cream pie? The arrival of the Amish began in the 1830s, so apparently Hoosier sugar cream pie predates the Amish. I find it very interesting that in The Hoosier Cookbook, the two recipes following the one for sugar cream pie are Amish Vanilla Pie and Vinegar Pie, two other desperation pies.

I’ve had a chance to do some research and make some calls to the Shaker villages in Kentucky, Massachusetts, and New Hampshire, a historian of Shaker religion at Indiana University, and the local extension homemakers council. The “finger” sugar cream pie you have in your cookbook may be derived from the Eastern Shaker community, West Union Shaker Village in Busro, Indiana.

A recipe for Sister Lizzie’s Sugar Pie appears in The Best of Shaker Cooking by Amy Bess Williams Miller and Persis Wellington Fuller. The historian at Shaker Hill is unfamiliar with the pie among the foodways of the Western community, of which the short-lived Indiana community (1810-1827) was a part. She doubts that its origins lie in the western community.

The dry mix method was/is apparently also by the Amish (Haedrich, 373), of which there are large and very old communities in Indiana. I am also familiar with a baked Amish cream pie that is similar to sugar cream, but it has a stiffer texture (more like pumpkin pie) and is not as “gluey” as sugar cream.

There are many varied recipes for sugar cream pie in Hoosier compiled cookbooks. Most have very similar ingredients (a few have eggs or egg yolks), but the cooking methods vary. Instructions include cooking the filling on the stovetop and pouring it into a baked pie shell, at which time the pie is finished; or, then putting the cooked filling/baked pie shell in the oven and baking 10 to 15 minutes; or putting the uncooked filling in an unbaked pie shell and baking the pie until it is done, about an hour or longer.

None of the methods have the baker putting the dry ingredients into the shell, pouring over the liquid, and baking the pie in the oven. No one I have talked to here in Indiana has ever made the pie that way. Although to be honest, few people I talked to make the pie at all, or had mothers who made it.

In my opinion, Hoosier sugar cream pie is best distinguished by the lack of eggs (even though some local recipes include them) and the wet filling.

Many thanks to my dear Hoosier friend David for his tips and suggestions to make this recipe truly authentic!

, caloric love in this recipe! My version adds a touch of grated mace in addition to the classic nutmeg – feel free to omit as you prefer. I also use vanilla paste instead of extract for a stronger vanilla flavor, use extract if you so desire. I also use a century-old pie crust recipe because it is awesome beyond compare. 🙂 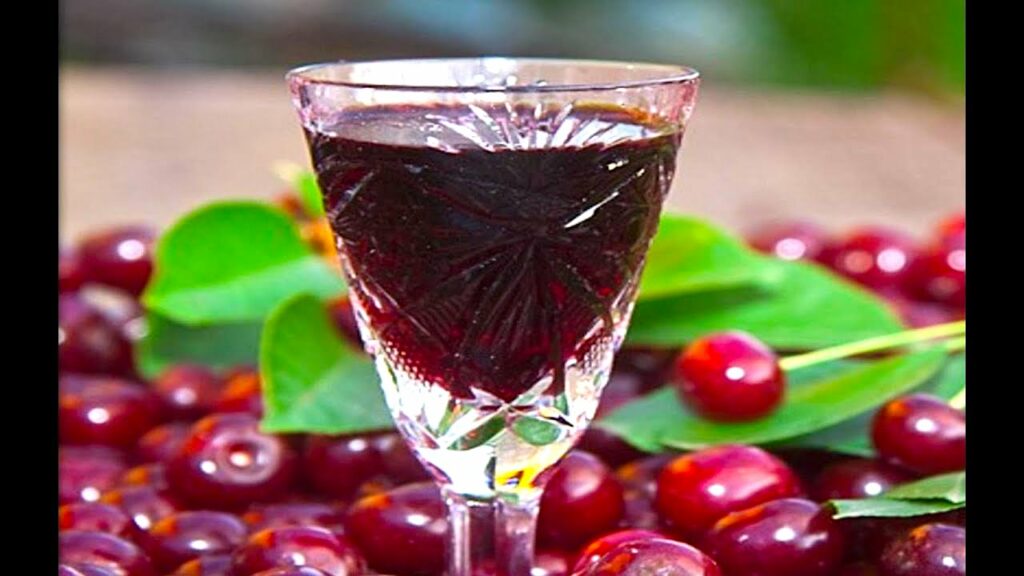 () February 27, 2022 update – a few hours after making this post, Maxim Doroshin (who is bravely fighting in Ukraine!) sent me this powerful image – vyshnivka for victory indeed! Citizens…you are all-too-aware that Ukraine has been invaded and for the first time since the 1940’s – Europe is once again embroiled in war…