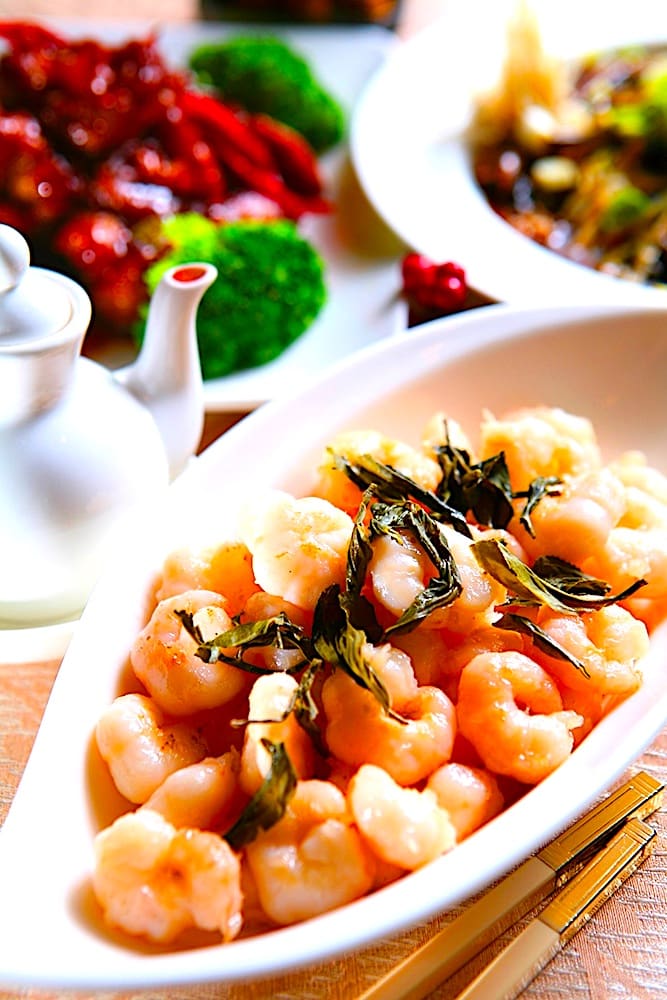 My Citizens, while it is true that TFD loves powerful flavors, it is equally true that he appreciates the sophisticated subtlety of certain dishes, especially those of the Chinese canon! Few dishes are as suitable for the mood of TFD than this one, created for an Emperor and redolent of the sophistication of China’s finest tea!

Longjing prawns, also known as shrimp stir-fried with Dragon Well tea, is a specialty of Hangzhou City, Zhejiang Province. Long Jing Shrimp is a local dish (also known as ‘龙井虾仁’ or ‘long jing xia ren’ or ‘Dragon Well Shrimp’) that you really don’t want to miss should you ever be fortunate enough to visit what many consider to be China’s most beautiful city!

It is one of the most famous dishes in Hangzhou which is the hometown of China’s most well-known green tea called long jing tea (or Dragon Well tea) – 龍井茶. The dish is made of peeled shrimp and green tea leaves picked before the Spring festival (when the leaves are fresh and full of flavor).

It is produced using the meat of live river prawns coated with egg white and moistened starch, fried in lard at a medium-low temperature for 15 seconds, removed from the oil and drained when jade-white in color, and then quickly stir-fried over extreme heat with boiling water infused with Longjing tea, tea leaves and Shaoxing wine.

This dish consists primarily of white and green colors; the colors are elegant and the flavor is light and fragrant.

It supposedly arose when the Qianlong Emperor of the Qing dynasty visited southern China. Hangzhou’s famous Louwailou restaurant is a well-known producer of Longjing prawns.

As noted in an erudite Medium posting:

According to a Chinese legend, ‘long jing shrimp’ is from the well-known emperor Qianlong. To avoid being recognized by people, he dressed up as a tourist to enjoy strolling around the beautiful West Lake in Hangzhou.

Once it began to rain, he went into a tea grower’s house and the host welcomed him by serving him a cup of fresh long jing tea. Qianlong loved the tea very much and got some from the host as a present. After the rain, he left the farmer’s house and continued his trip. The West Lake after rain is more beautiful than ever so that he was attracted deeply and forgot to have supper until very late.

Then he found a small restaurant and ordered several dishes there. One of them was plain fried shrimps. As Qianlong was very thirsty, he asked the waiter to steep a cup of long jing tea for him, which he took out of his hidden inner dragon robe – clothing only fit for the emperor. The waiter glimpsed the robe and was shocked.

He went back to the kitchen in a hurry and told the chef. The chef who was cooking the plain fried shrimps was also shocked and made a mistake, putting the long jing tea as scallion into the dish. Therefore, the dish became “shrimps with tea”.

Qianlong was so hungry, that when he saw this dish and found the shrimp were white, fresh and tender while the teas were green and delicate, he couldn’t wait to have a try. He loved it and he was full of praise for this dish.

Since then, Long Jing Shrimp became a famous specialty in Hangzhou.

For my version of this classic dish, I hew closely to tradition and make my version fit for the Emperor himself! I use lard, as all good Chinese gastronomes know that seafood should ALWAYS be cooked in lard for the delicate flavor it imparts.

I also marinate the shrimp in heavily-salted ice water, which firms up the meat and gives them the classic ‘crunchy’ texture so needed in this dish. It really is all about subtlety here in texture, color and flavor, which is why i infuse the lard with the flavors of garlic and ginger, but remove the solids to avoid overpowering the dish.

Lastly, I add some chicken stock to the tea-making water as it adds another layer of subtle flavor.

You will love this subtle classic of Hangzhou, ! 🙂

The Hirshon British Bubble And Squeak 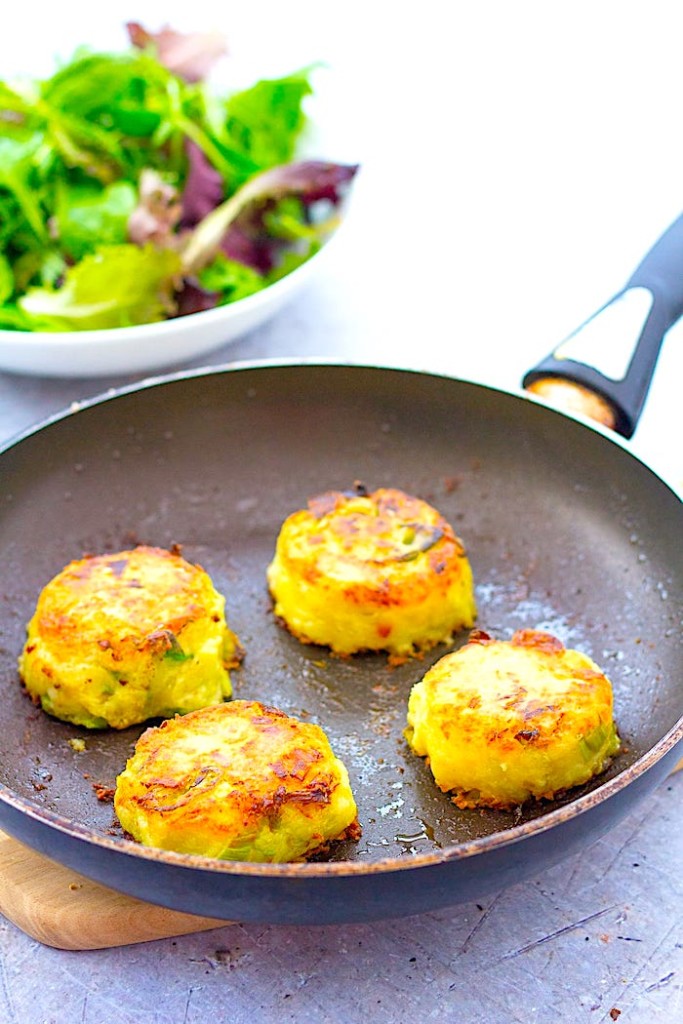 () My Citizens! We continue our journey together, seeking out British recipes possessing unusual names with all alacrity and gravitas, and today is a doozy for those of you who enjoy ‘cute’ food names. I speak of nothing less than that comforting and timeless classic of English cuisine known as bubble and squeak – a…