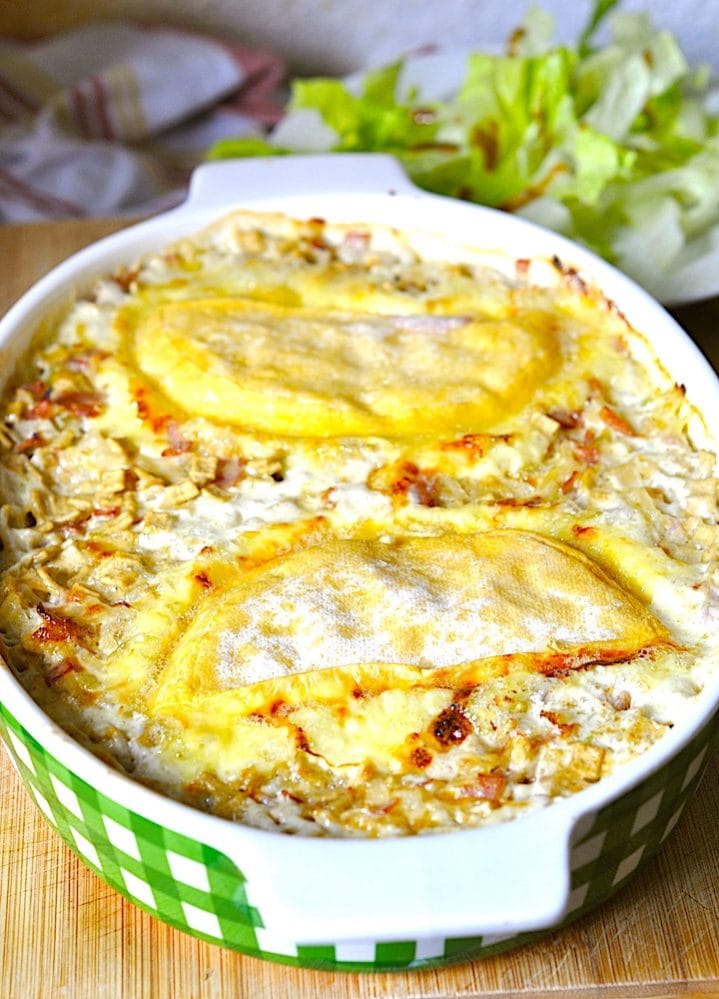 My Citizens, few have ever dared to accuse the mighty TFD of being a calorie counter – and if such a heinous accusation does impinge upon my ears, all I do is smile and serve this ultimate dish of Croziflette to them, redolent of full-fat Reblochon cheese, cream and ham from the French Alps! Only then is my honor salved and my reputation secure as it must ever remain.

Oddly, before we can speak of Croziflette, we must first discuss its ancestor dish – tartiflette!

Tartiflette is a dish from Savoy in the Alps that is made with potatoes, reblochon cheese, lardons and onions.

The word tartiflette is probably derived from the Arpitan word for potato, tartiflâ. This modern recipe was inspired by a truly traditional dish called “péla”: a gratin of potatoes and onions (without cheese) in a long-handled pan called a pelagic (shovel) in the Provence region of France.

It was developed in the 1980s by the Union Interprofessional Reblochon to promote sales of reblochon, as is confirmed also by Christian Millau (of the Gault-Millau Guide) in his gastronomic dictionary.

A common related preparation found throughout the region is the Croziflette. The format of this adheres to that of the original dish in everything but the use of potatoes, in place of which are found minuscule squares of locally produced pasta, crozets de Savoie (usually made from buckwheat but sometimes durum). The name of this dish is a blend of “crozet” and “tartiflette”.

The tiny square-shaped crozets originate in the Savoy region and are generally made of buckwheat but occasionally also with durum. As is typical of many regional specialties, they are also known under several names within the Savoy region itself, such as croêju, croezu and croezet.

There are many traditional French recipes from this area of France using crozets, but the cheesy croziflette is a family favorite.

In this recipe, crozets are boiled then mixed with sautéed onions, cured ham and cream, then topped with thick chunks of Reblochon cheese and baked in the oven until the cheese is melted.

As is typical with French winter recipes, croziflette is not exactly low in calories, but it is the perfect après-ski dish for getting your energy back and warming you up after a long day on the slopes!

My version of the recipe is based closely on hers, but does employ some TFD changes to improve upon near-perfection! First, I ditch the prosciutto for Speck, – you’ll get a big flavor from even the thinnest slice of this dense, ruddy ham. It gets boned out before being rubbed down with a cure laced with spices such as juniper and bay leaves. Then it is smoked and aged. It’s that spiced cure that gives speck a deeper taste that’s more intense than prosciutto di Parma. You can buy Speck here.

I also call for some dry Vermouth, whose herbaceous qualities are well-suited to accent this dish. You can buy the Crozets, the buckwheat pasta squares here in quantity (which I strongly recommend, they last forever).

Lastly, it is a sad fact indeed that genuine Reblochon can not be legally imported into the United States – if you manage to get a hold of the real deal, by all means use it! If not, there is a very, very close relative that works perfectly and is legal in the States – buy it here.

This is the ultimate Winter dish, Citizens – one that you simply MUST try as soon as the weather turns properly cold for us all! 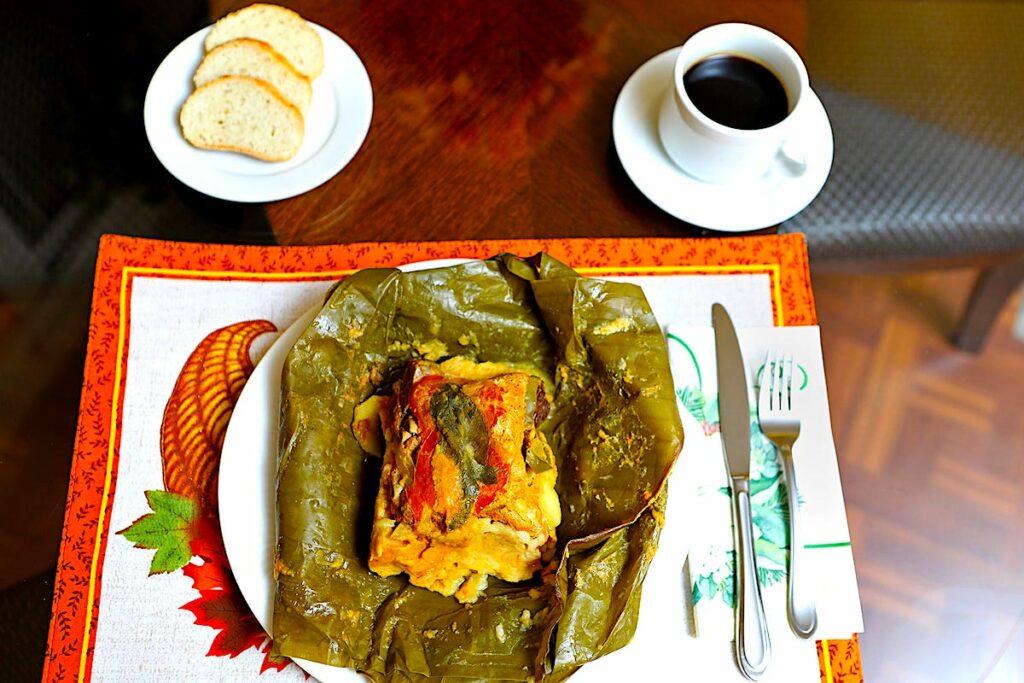 () Citizens, as I attempt to catch up on several recipes that have been malingering about My cerebral cortex these last few difficult weeks, my thoughts keep coming back to Nicaraguan nacatamales and how in 6+ years of running this blog, I have somehow failed to share a recipe from the proud country of Nicaragua!…