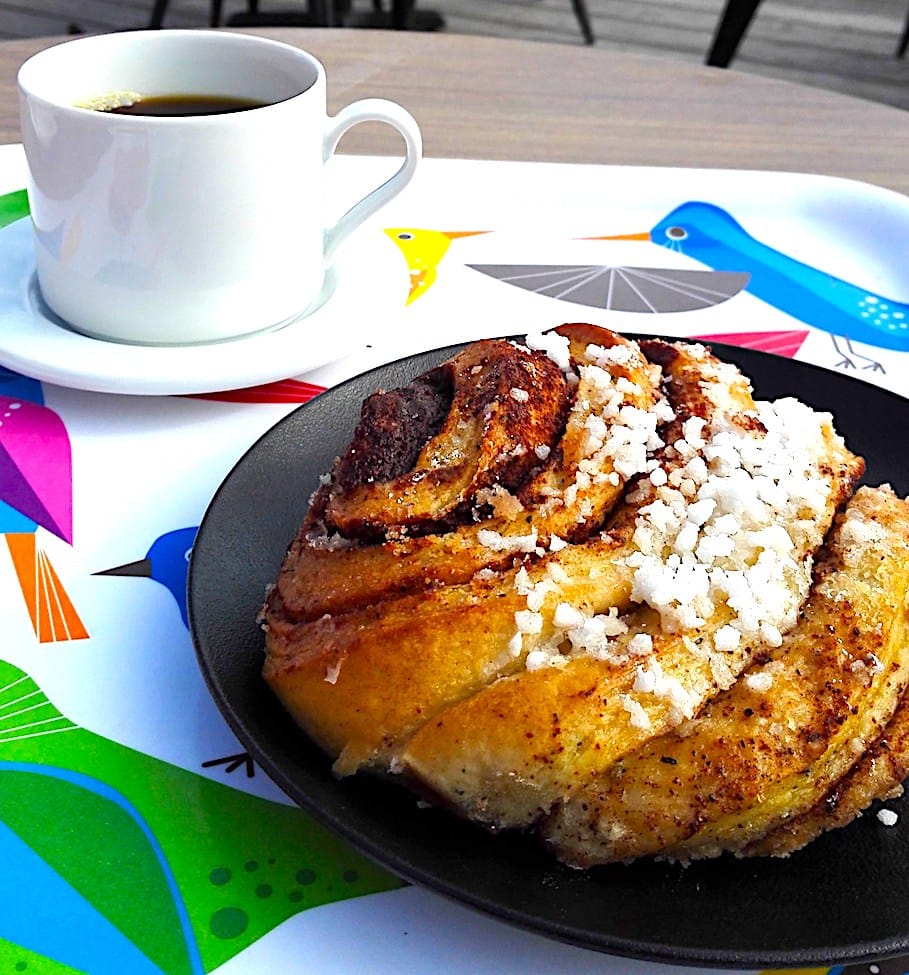 My Citizens, we are coming up on Summer and your globetrotting Paragon of All Virtues – the mighty TFD Himself! – is about to begin a two week trek to his beloved Nordic countries! On this trip, as I plot world food domination, I shall be in Finland, Estonia, Norway and Iceland – some of my favorite places on this small blue planet we call home!

To kick things off in a deliciously sweet fashion, allow me to share a delicious Finnish treat – cinnamon and cardamom rolls! 🙂 These are so beloved that Finland even has a national day of celebration for them – October 4th.

As noted on the amazing site cafesoffinland.com:

It’s the 4th of October, and what does that mean?

So drop what you’re doing and go and find yourself a cinnamon bun, or korvapuusti as we say in Finland. You’ll hardly have to search far; you can find korvapuustis in any self-respecting Finnish café or kitchen.

Korvapuustis are made out of cardamom-filled pulla dough (sweet bun), quintessentially Finnish, which is rolled out and filled with a cinnamon and sugar mix. It is then rolled up and cut into portions, and usually finalised with a sprinkling of nib sugar before being put in the oven.

The scent of pulla and korvapuustis is inescapable around Finland — it is rare to find a Finn without warm childhood korvapuusti-linked memories (the pastry kind, that is). Korvapuusti day originates in Sweden, and has been celebrated officially since 1999.

Much of the history of the korvapuusti is covered in a cinnamon-scented fog, but the general conception is that it came to Finland at the end of the 19th century from Europe, via Sweden. Some say it is originally of German origin; others say that a baker from Russia, taught by a Swiss cake connoisseur, brought it to Finland.

There is much debate about the origin of the korvapuusti name in Finland, too. Despite each country having an own name for this cinnamon delight – ranging from the rather unimaginative kanelbulle in Sweden (translation: cinnamon bun) to the more nature-oriented kanelsnegl in Denmark (translation: cinnamon snail), the Finnish name is by far the most intriguing: the literal translation of it is ‘a slap in the ear’. Therefore remember to pay special attention to the person offering you a korvapuusti!

Korvapuustis have also found their way into Finnish expressions, for example in a reflection upon the potential outcome of a love triangle.

“A sales deal for two, a slap in the ear for the third.”

This expression is less widespread in contemporary language use, but it insinuates that the third wheel (in a relationship, generally) ends up with only a slap in the ear.

Or a cinnamon bun.

Like most things in life, the term korvapuusti comes from Sweden, the word örfil. However, even though örfil has the same literal translation as korvapuusti, the term is rarely used out of Swedish-speaking Finland, as Swedes like to keep to their more accurate translations.

The term örfil most probably came from the word giffel which described a crescent-shaped pastry made out of breadlike dough. Giffel originated presumably from the French gifle, which means a slap. The history of the name ultimately takes you down different strands leading to potential origins all around Europe.

Another entertained theory behind the name of the korvapuusti features the tale of a new apprentice, who through trial and error created a pastry his mentor considered so inappropriate-looking that he gave him a slap (in the ear, I presume).

These titillating tales are probably just urban myths. Choose your favourite theory, and make sure you enjoy your korvapuusti!

Wherever it comes from, the fact remains that the korvapuusti is perhaps the most typical (and arguably the most delicious!) example of Finnish food, and Finland cannot be left without trying one. Preferably straight from the oven, crisp on the outside, maybe even undercooked on the inside, with generous spoonfuls of cinnamon filling. Trust me, there is nothing better.

Citizens, I have added a touch of TFD magic to the classic recipe – adding some additional cardamom to the filling (its normally just in the dough) and using a bit of Finnish birch syrup to add a unique, sweet flavor the filling as well.

No matter what, you MUST use pearl sugar to top these spiced pieces of heaven – nothing else will do! You can buy my preferred brand of pearl sugar at Amazon here.