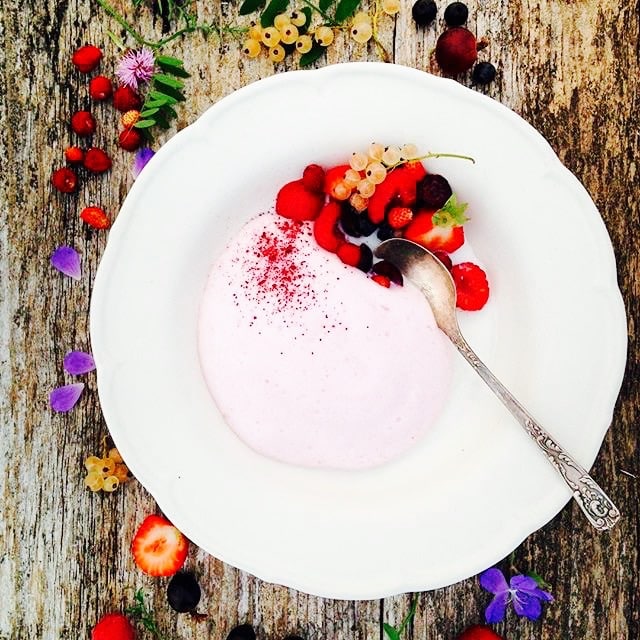 Citizens, the Sagacious One is very fond of Estonian cuisine, and as such I wish to share a recipe from this intriguing country with you today!

The country of Estonia is located in the Baltic region of Northern Europe. It is bordered to the north by the Gulf of Finland, to the west by the Baltic Sea, to the south by Latvia (343 km), and to the east by Lake Peipus and Russia (338.6 km). Across the Baltic Sea lies Sweden in the west and Finland in the north.

Estonia has had a long history of occupation, by Denmark, Sweden, Germany and Russia, amongst others. Once part of the Soviet Union, during the “Singing Revolution” of 1989, there was a landmark demonstration for more independence.

During this, more than two million people formed a human chain stretching through Lithuania, Latvia and Estonia, called the Baltic Way. All three nations had similar experiences of occupation and similar aspirations for regaining independence.

The Estonian Sovereignty Declaration was issued on 16 November 1988. On 20 August 1991, Estonia declared formal independence during the Soviet military coup attempt in Moscow, reconstituting the pre-1940 state.

Traditional Estonian cuisine has substantially been based on meat and potatoes, and on fish in coastal and lakeside areas.

Today, it bears influence from many other cuisines, including a variety of international foods and dishes, with a number of contributions from the traditions of nearby countries. Scandinavian, German, Russian and other influences have all played their part.

The most typical foods in Estonia have been rye bread, pork, potatoes and dairy products. Estonian eating habits have historically been closely linked to the seasons. In terms of staples, Estonia belongs firmly to the beer, vodka, rye bread and pork “belt” of Europe.

Black rye bread accompanies almost every savory food in Estonia. Instead of wishing “bon appetit”, Estonians are prone to say jätku leiba (“may your bread last”). Estonians continue to value their varieties of black rye-based bread. Estonia has not been a land of plenty. If a piece of bread was dropped on the floor, it was good form to pick it up, kiss it to show respect, and eat it.

The first course in traditional Estonian cuisine is based on cold dishes – a selection of meats and sausages served with potato salad or rosolje, an Estonian signature dish, almost identical to Swedish sillsallad, based on beetroot, potatoes and herring.

Small pastries called pirukad (“pirukas” in the singular) – a relative of the pirozhki – filled with meat, cabbage, carrots, rice and other fillings or mixtures are also popular, and are often served with bouillon. Herring is common among other fish as a part of the Estonian cold table.

Smoked or marinated eel, crayfish dishes, and imported crabs and shrimps are considered delicacies. One of Estonia’s national dishes is räim (Baltic dwarf herring), along with sprats. Flounder, perch and pike-perch are also popular.

A traditionally popular Estonian drink called kali – similar to Russian kvass – is becoming more popular again. Mead or mõdu, the drink that was most popular in ancient times, has almost completely disappeared.

Nowadays, locally brewed beer is the number one choice to accompany food, different juices or simply water being the main non-alcoholic choice. Wine is widely drunk, and although it is still not as popular as beer, it is becoming all the more common. There are also Estonian fruit wines made of apples or different berries.

Milk is also widely drunk by children as well as adults. Estonians are also proud of their vodka and other spirits, such as the herbal liqueur Vana Tallinn, made from spiced rum.

A very popular Estonian dessert is a Cranberry-Semolina Mousse, known as Jõhvika Mannavaht. I have added a touch of Vana Tallinn to the classic recipe, which I hope you will enjoy, Citizens!