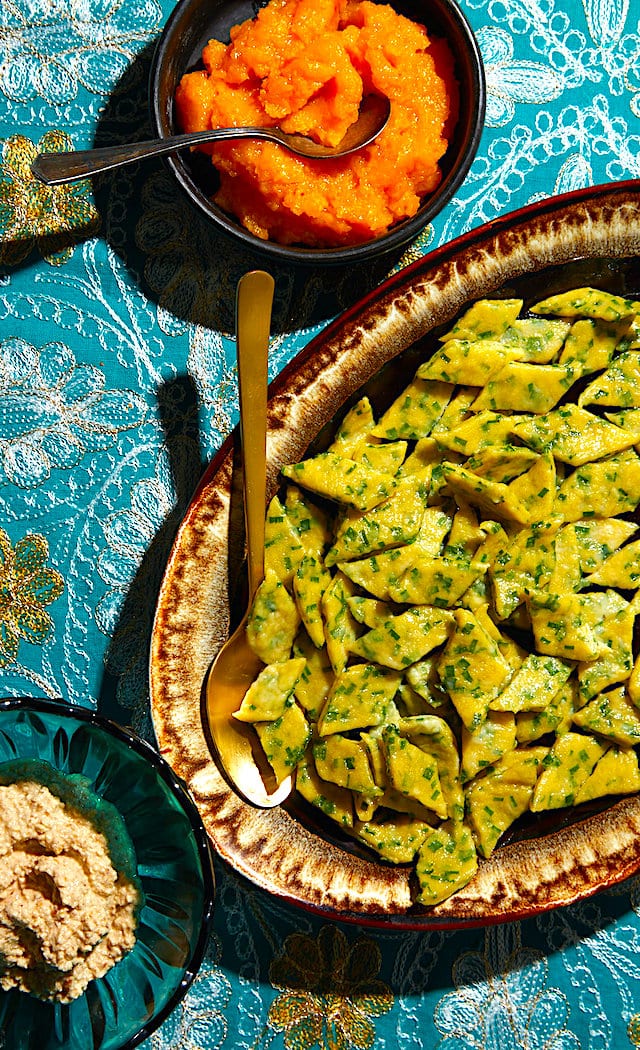 My glorious Citizens! Today, I wish to explore with you one of the least-known cuisines on the planet – at least outside of its rugged native region in the Caucasus mountains! I speak of nothing less than the glory that is the cuisine of Dagestan, an autonomous region of Russia that was once home to a sizable Jewish population despite its 83% Muslim majority!

As such, I am motivated to share a few of their recipes with you, the proud and inquisitive members of TFD Nation!

Dagestan (Russian: Дагеста́н), officially the Republic of Dagestan is a federal subject (a republic) of Russia, located in the North Caucasus region. Its capital and largest city is Makhachkala, centrally located on the Caspian Sea coast. The word Dagestan is of Turkish and Persian origin. The Turkish word dağ means ‘mountain’, and the Persian suffix -stan means ‘land’.

With a population of 2,910,249, Dagestan is very ethnically diverse and Russia’s most heterogeneous republic. Russian is the primary official language and the lingua franca among the many different ethnicities. The population of nearly 3 million speaking 13 different languages is thinly scattered across the mountainous region of 20,000 square miles of land.

The republic is situated in the North Caucasus mountains and is the southernmost part of Russia – it is bordered on its eastern side by the Caspian Sea and also borders Azerbaijan and Georgia – its cuisine is influenced by both of the countries amongst others.

In 1999, an Islamist group from Chechnya, led by Shamil Basayev and Ibn Al-Khattab, launched a military invasion of Dagestan, with the aim of creating an “independent Islamic State of Dagestan”. The invaders were not supported by the local population and were driven back by the Russian military. As a retaliation, Russian forces subsequently reinvaded Chechnya later that year.

Since its mountainous terrain impedes travel and communication, Dagestan is unusually ethnically diverse and still largely tribal. It is Russia’s most heterogeneous republic and the people of Dagestan include a large variety of ethnicities. According to the 2010 Census, Northeast Caucasians (including Avars, Dargins, Lezgins, Laks, Tabasarans, and Chechens) make up almost 75% of the population of Dagestan.

Turkic peoples, Kumyks, Azerbaijanis, and Nogais make up 21%, and Russians 3.6%. Other ethnicities (e.g. Tats) each account for less than 0.4% of the total population. More than 30 local languages are commonly spoken, most belonging to the Nakh-Daghestanian language family.

Russian became the principal lingua franca in Dagestan during the 20th century; over 20 of Russia’s 131 endangered languages as identified by UNESCO can be found in Dagestan.

Most of these endangered languages have speakers in the mountainous region on the Dagestan-Georgia border. Dagestanis are largely Sunni Muslims, of the Shafii rites, that has been in place for centuries. On the Caspian coast, particularly in and around the port city of Derbent, the population (primarily made up of Azerbaijanis) is Shia. There is also a Salafi population, which is often a target of official repression.

The appearance of Sufi mysticism in Dagestan dates back to the 14th century. The two Sufi tariqas that spread in the North Caucasus were the Naqshbandiya and the Qadiriya.

The mystic tariqas preached tolerance and coexistence between the diverse people in the region. The Communist total intolerance for any religion after the Communist Revolution of 1917 also suppressed the Sufi movements. Shaykh Said Afandi al-Chirkawi was a prominent scholar, spiritual leader and murshid of Naqshbandi and Shadhili tariqahs in Dagestan until his death.

Since the dissolution of the Soviet Union there has been an Islamic revival in the region, and by 1996 Dagestan had 1,670 registered mosques, 9 Islamic universities, 25 madrassas, 670 maktab, and it’s estimated that “nearly one in five Dagestanis was involved in Islamic education”, while of the 20 000 or so Russian pilgrims for Hajj more than half were from Dagestan.

A relatively large number of native Tati-speaking Jews – the “Mountain Jews” – were also present in these same coastal areas. However, since 1991 and the collapse of the Soviet Union, virtually all have migrated to Israel and the United States. These were an extension of the much larger Azerbaijani Jewish community across the border in the Azerbaijani districts of Quba and Shamakhi.

This dish of chive-flavored dumplings was a specialty of the Jews of Dagestan, as noted in this article from jewishfoodsociety.org, where I first discovered this recipe!

In her Jerusalem home, Alona Eisenberg hosts dinners, serving dishes like tara, a soup of mallow leaves and ground beef and ingar poli, a fresh pasta that verges on gnocchi made with spring onion to curious diners. These recipes are rare, not only in Jerusalem but beyond its limits. They come from the Kavkazi Jewish community, sometimes referred to as Mountain Jews, who live in the Caucasus, between the Black and Caspian Seas.

Alona’s family lived as part of this community for generations, but in 1922, long before she was born, driven by Zionism, they planned to make Aliyah. They sold their belongings and property and traveled to Batumi, Georgia, where boats were leaving for Ottoman-ruled Palestine. But, when word reached of Ottomans drowning boats, the ship the family was on turned back.

With nothing, they returned to Makhachkala, Dagestan to rebuild their lives until 1992, when they finally left for Israel.  The spring onion Alona’s mother used to make this recipe only grows in the Caucuses. In Israel, Alona substitutes chives, which stand in well.

The walnut sauce served with these chive dumplings (known as ingar poli in Dagestan) reminds me very much of Georgian cuisine, while the apricot sauce is definitely Azerbaijani in origin. I have modified the sauce recipes to include garlic in the walnut sauce and blue fenugreek in the apricot sauce, both of which are used extensively as flavorings in the region.

You can buy blue fenugreek from here – I also specify using flowering chives in the dumplings, but if you can’t find them or grow your own, just use regular chives. I also tweaked the recipe to include walnut butter instead of grinding your own for the sauce – you can buy an exceptional walnut butter from here.

Citizens, Ingar poli is a simple but very delicious dish with more than a few flavors of the exotic region from which it was born – I hope you decide to try it at your next available opportunity, perhaps with an Azerbaijani dessert! 🙂