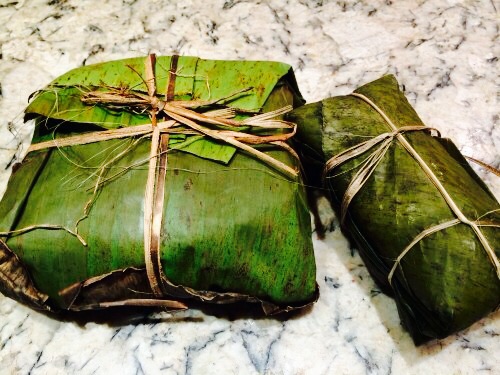 Citizens, Costa Rica (literally meaning: “Rich Coast”), officially the Republic of Costa Rica (Spanish: República de Costa Rica), is a country in Central America bordered by Nicaragua to the north, Panama to the southeast, the Pacific Ocean to the west, the Caribbean Sea to the east, and Ecuador to the south of Cocos Island. It has a population of approximately 4.5 million, of whom nearly a quarter live in the metropolitan area of the capital and largest city, San José.

Costa Rica was sparsely inhabited by indigenous people before coming under Spanish rule in the 16th century. It remained a peripheral colony of the empire until independence as part of the short-lived First Mexican Empire, followed by membership in the United Provinces of Central America, from which it formally declared sovereignty in 1847. Since then, Costa Rica has remained among the most stable, prosperous, and progressive nations in Latin America. Following a brief but bloody civil war, it permanently abolished its army in 1949, becoming the first of only a few sovereign nations without a standing army.

Costa Rica has consistently performed favorably in the Human Development Index (HDI), placing 69th in the world as of 2015, among the highest of any Latin American nation. It has also been cited by the United Nations Development Programme (UNDP) as having attained much higher human development than other countries at the same income levels, with a better record on human development and inequality than the median of the region. Its rapidly developing economy, once heavily dependent on agriculture, has diversified to include sectors such as finance, pharmaceuticals, and ecotourism.

Perhaps the pinnacle of Costa Rican cuisine is their unique Christmas tamal – I hereby reprint in its entirety a wonderful post from insidecostarica.com on its uniqueness and glory!

December 4th, 2014 (InsideCostaRica.com) The Costa Rican tamal (the singular in Spanish is tamal‒tamale is English) is a work of art, wondrous to behold, and a culinary epiphany to consume. They are not always found at fiestas and fairs, but are an essential part of the Christmas holidays. Many families will make a large number of them before Christmas and try to keep them from being eaten too quickly. Everybody loves them. The handyman at my condo is fond of calling the winds that buffet the San José region around Christmas vientos tamaleros, tamale winds. They are more properly known as the vientos navideños, Christmas winds.

The task of cooking up a big batch of tamales is long and arduous. I took an intensive seminar in the process with some fairly traditional Tico friends a couple years ago. They started around 5 AM, well before my arrival. It was solid work until 5 PM, when the first batch of 50 went into a huge pot of boiling water over a wood fire in an open area behind their house. This first batch came out at 6 PM. They made 5 batches that day.

Unlike the tiny Mexican tamale wrapped in corn husks or the enormous Columbian variety that must go at least a pound, the Tico version is the perfect size for a light meal or a solid snack. The ones you buy in the supermarket (year around) weigh 500 grams for 2, about 8 ½ ounces each. Some chinamos (food stands) or bars will offer smaller tamales. They are made, cooked, and sold as a pair, called a piña, tied together with string. You can buy just one for immediate consumption at restaurants or stands.

The Tico tamal is wrapped in large leaves, sometimes called banana leaf, but actually one of several other plants. Collecting these leaves is a seasonal source of income for some rural people. It is not an endeavor free of risk. Two years ago a collector was bitten by a poisonous snake. The viper must have hit a vein because the poor guy sat down and died on the spot.

There is a little meat in the tamal, generally pork and/or chicken. This is the first step, to boil up the meat in some spices. The corn is also boiled and then ground into a dough called masa. There are small mills that will do the grinding for you. You just have to lug the wet boiled corn to them and bring home the heavy bag of masa. The entire family is put to work assembling the tamales, under the watchful eye of Mom. Proper proportion and structure are critical.

Along with the masa, each tamal gets several other ingredients: a small piece of meat, potato, chick peas, carrots, peas, rice, etc. Everybody has their own preferred recipe. The tamales are then carefully and artfully folded so as not to let the goodies leak out during the cooking. This was not a task I was entrusted with (well, they let me try a couple and then refolded them). Two are then tied together with string to make a piña. The assembled green packets are then boiled for about an hour. A wood fire is traditional.

Citizens – I would like to think that my recipe stands amongst the finest for this Latin American treat! 🙂