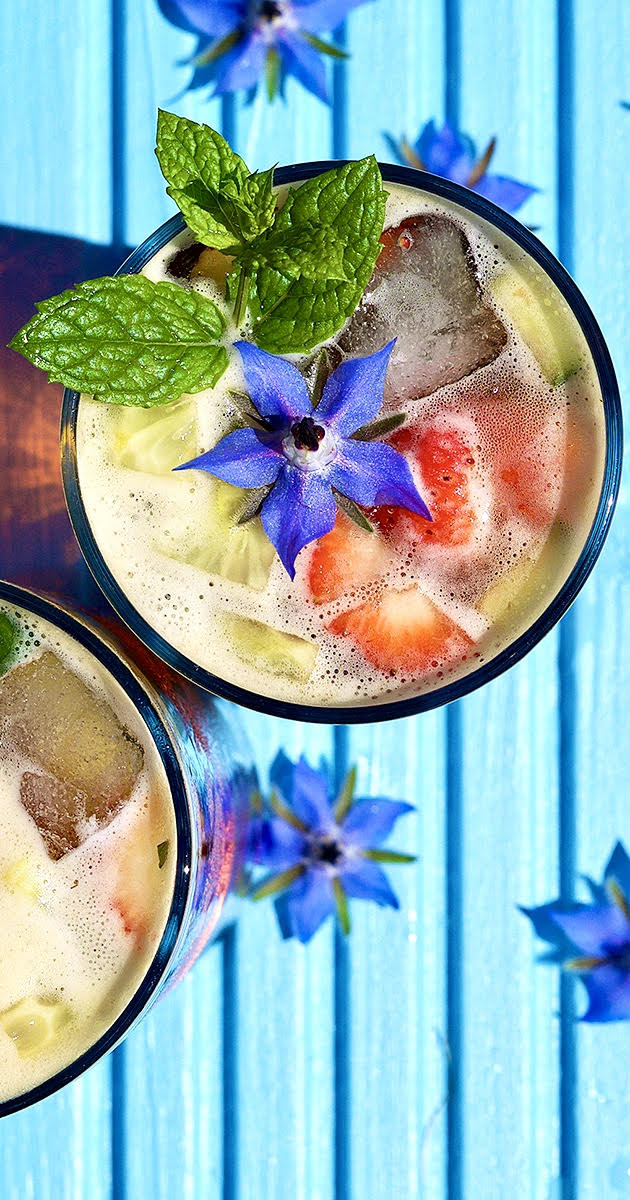 Citizens, I would like to take a moment to personally apologize for going dark these last two weeks – my unmatched Basset Hound, Fenris the Mighty, re-injured his back and I have been worried sick taking care of him. He is recovering to my eternal relief, but it is very slow going – he is 10 ½ years old and doesn’t bounce back as well as he used to.

Mercifully, I am convinced he is on the road to recovery and am now feeling up to posting again – thank you for your patience and understanding during this difficult period! Since I have been having an occasional drink to soothe my shattered nerves, I thought I would share a recipe of alcoholic portent and redolent of the Summer season – the famed Pimm’s Cup from the UK! 🙂

Pimm’s is a brand of gin-based fruit cup, but may also be considered a liqueur. It was first produced in 1823 by James Pimm and has been owned by Diageo since 1997. Its most popular product is Pimm’s No. 1 Cup. Pimm, a farmer’s son from Kent, became the owner of an oyster bar in the City of London, near the Bank of England. He offered the tonic (a gin-based drink containing a secret mixture of herbs and liqueurs) as an aid to digestion, serving it in a small tankard known as a “No. 1 Cup”, hence its subsequent name.

In 1851, the No. 2 Cup and No. 3 Cup were introduced. Pimm’s began large-scale production in 1851 to keep up with sales to other bars. The distillery began selling it commercially in 1859. In 1865, Pimm sold the business and the right to use his name to Frederick Sawyer. In 1880, the business was acquired by future Lord Mayor of London Horatio Davies, and a chain of Pimm’s Oyster Houses was franchised in 1887.

Over the years, the brand extended their range, using other spirits as bases for new “cups”. After World War II, the No. 4 Cup was invented, followed by the No. 5 Cup and the No. 6 Cup in the 1960s.

The brand fell on hard times in the 1970s and 1980s. The Oyster House chain was sold and Pimm’s Cup products Nos. 2 to 5 were phased out due to reduced demand in 1970 after new owners The Distillers Company had taken control. The Distillers Company was subsequently purchased by Guinness PLC in 1986 and Pimm’s became part of Diageo when Guinness and Grand Metropolitan merged in 1997. In 2005, the company introduced Pimm’s Winter Cup, which consists of the No. 3 Cup (the brandy-based variant) infused with spices and orange peel.

Pimm’s has a dark-brown color with a reddish tint, and tastes subtly of spice and citrus fruit. As a summer long drink, it is normally served as Pimm’s cocktail, a drink with “English-style” (clear and carbonated) lemonade, as well as various chopped garnishes, particularly apples, cucumber, oranges, lemons, strawberry, and mint or borage, though nowadays most substitute mint. Ginger ale is a common substitute for lemonade and Pimm’s can also be mixed with Champagne (or a sparkling white wine), called a “Pimm’s Royal Cup”. Pimm’s Winter Cup is generally mixed with warm apple juice. A Glasgow Garden Party substitutes Irn Bru for lemonade and excludes any fruit garnish. A Pimm’s mojito substitutes muddled limes and soda water for lemon-lime soda.

Pimm’s is most popular in England, particularly southern England. It is one of the two staple drinks at the Wimbledon tennis tournament, the Chelsea Flower Show, the Henley Royal Regatta and the Glyndebourne Festival Opera – the other being champagne. The first Pimm’s Bar opened at the Wimbledon tournament in 1971 and every year, over 80,000 pints of Pimm’s cocktail are sold to spectators.

Along with champagne, it has been declared one of two official drinks of Wimbledon, and it has also gained popularity among British universities. A Pimm’s is also a standard cocktail at British and American polo matches. It is also extremely popular at the summer garden parties of British universities.

The brand experienced a revival following a 2003 advertising campaign featuring a humorous classic upper-class ‘Hooray Henry‘ called Harry Fitzgibbon-Sims (portrayed by Alexander Armstrong) with the catchphrase “It’s Pimm’s o’clock!”, somewhat mocking their own traditional advertising and appeal. Diageo’s 2010 campaign features a more diverse range of characters representing different elements of the cocktail (Pimm’s No.1 being an Englishman in red and white blazer, lemonade being three young women in yellow, ice represented by a mature man), coming together to the theme tune of 1970s British television show The New Avengers.

The versions of the beverage have included:

Pimm’s No. 1 has also been sold with additional strawberry flavoring and a special has also been produced based on No. 6 with blackberry and elderflower.

Now, as to my ultimate version of this most quintessentially British of drinks – first off, remember that you must use the English variety of lemonade, which is carbonated and sometimes flavored with extracts. I personally prefer using both the extract-flavored version as well as the standard in my Pimm’s, and I have selected the two finest examples of both for my recipe!

This includes an eccentric choice of Fentiman’s rose lemonade, which is botanically brewed and made of juice from real lemons, ginger and pure Bulgarian rose Otto oil (the finest on the planet!). The rose Otto oil gives the beverage a pale blush color and a delicate aroma – you can buy it here. For the main lemonade, I endorse only Fever Tree bitter lemon soda – you can grab it here.

For additional complexity, you can add 5 drops total of two different elixirs and bitters – the first is Elixir Végétal, the original recipe of Chartreuse still made by monks to this very day and an unsurpassed healing draught that you can buy from here. The second is Scrappy’s Lavender bitters, a uniquely floral and aromatic bitter I am dearly fond of, which you can purchase from Amazon here.

Of course, I specify my curated selection of fruits and herbs – don’t vary ANY of them, they are perfectly balanced for this recipe! One very eccentric but delicious addition (don’t worry, this one is optional) is what makes this a ‘Commonwealth‘ version of the drink instead of just British. That is the addition of a muddled Tasmanian pepperberry, which will add both flavor, heat and a lovely purple blush to the final drink – you can buy some from here.

Lastly, if you want to garnish your gorgeous drink with an equally stunning edible blue flower of exceptional aroma, you need to go with borage flowers (you can buy them from here).

Citizens, no drink is more evocative of the Summer season than this one and mine is probably the best version you’ll ever try – so please do so, with all alacrity! 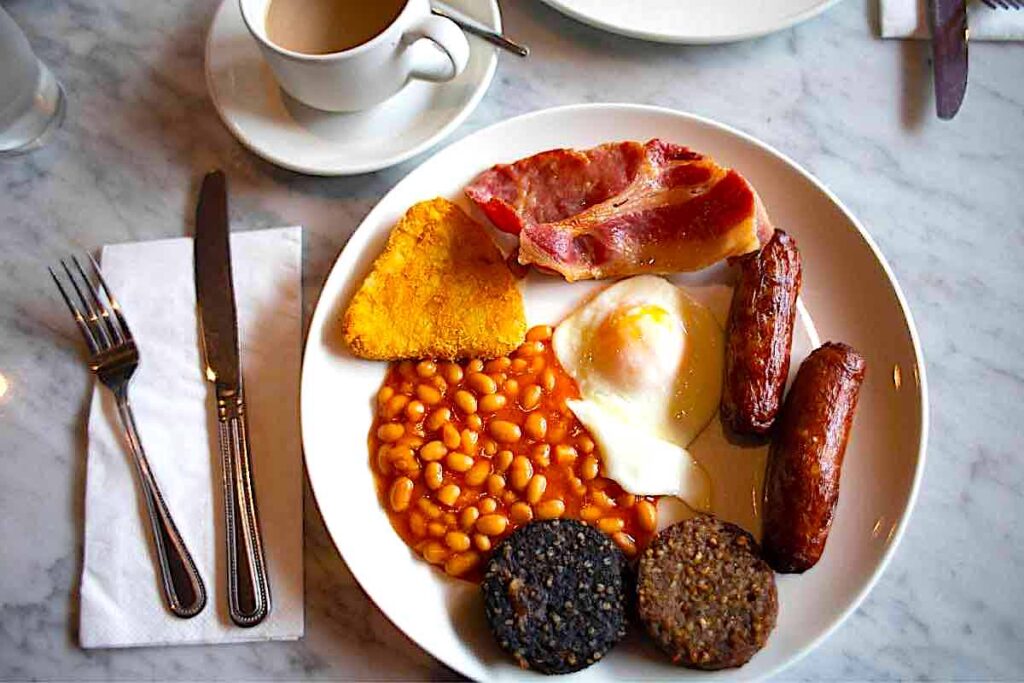 () Citizens, as promised – here is My third and final recipe on Christmas Day, and what better country to focus on than that most Catholic of constituencies, the emerald Isle of Ireland itself! I almost hesitated in even sharing this, as it is less of a recipe and more of a series of individual…