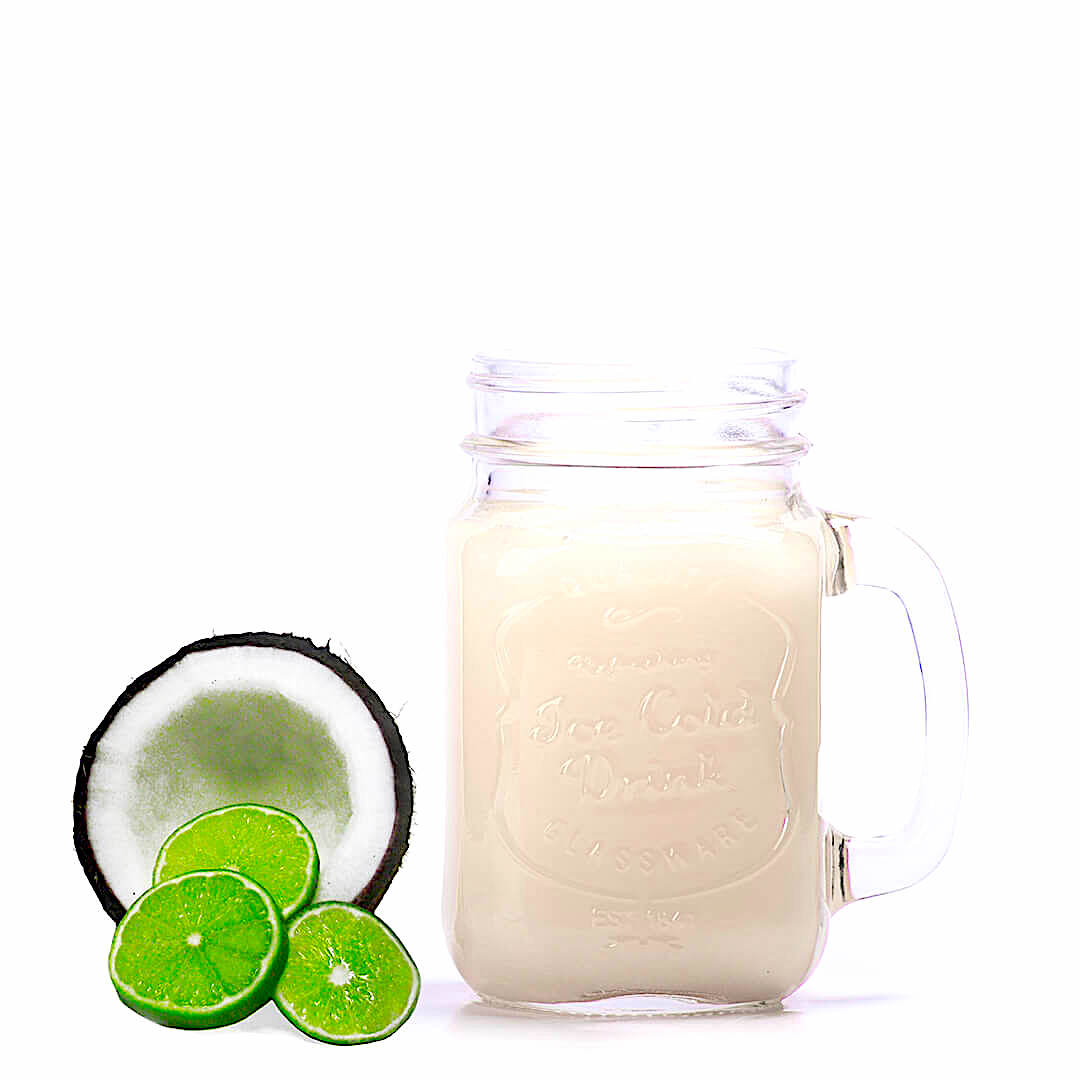 My Citizens, we are now mid-way through July and the heat and humidity of the season can become truly oppressive! The epitome of Cool (the always-frosty TFD!) seeks to offer blessed libations upon you to aid and assist in your Summer activities in the most chill way imaginable!

This delicious drink from Northern Colombia, known as Limonada de Coco, combines barely-sweetened coconut milk with fresh lime juice to fit the bill perfectly, and with a unique TFD twist guaranteed to slake your most profound thirst!

Since Limonada is from the ancestral home of one of my favorite gemstones, we shall focus on the history of that most glorious of green gems – the Colombian Emerald!

Emeralds are green precious gemstones that are mined in various geological settings and are minerals in the beryl group of silicates. For more than 4,000 years, emeralds have been among the most valuable of all jewels on Earth.

Colombia, located on the continent of South America, is the country that mines and produces the most emeralds for the global market – it is estimated that Colombia accounts for 70-90% of the world’s emerald market. The Colombian departments of Boyacá and Cundinamarca, both in the Eastern Ranges of the Colombian Andes, are the locations where most of the emerald mining takes place.

While commercial grade emeralds are quite plentiful, fine and extra fine quality emeralds are extremely rare. Colombian emeralds over 50 carats in weight can cost much more than diamonds of the same size.

Although the Colombian emerald trade has a rich history that dates as far back as the pre-Columbian era, the increase in worldwide demand for the industry of the gemstones in the early 20th century has led prices for emeralds to nearly double on the global market. Until 2016, the Colombian emerald trade was at the center of Colombia’s civil conflict, which has plagued the country since the 1950s.

For thousands of years, emeralds have been mined and considered one of the world’s most valuable jewels. The first ever recorded emeralds date back to ancient Egypt, where they were particularly admired by Queen Cleopatra.

In addition to their aesthetic value, emeralds were highly valued in ancient times because they were believed to increase intelligence, protect marriages, ease childbirth, and thought to enable its possessor the power of predicting future events.

An ancient Colombian legend exists of two immortal human beings, a man and a woman—named Fura and Tena—created by the Muisca god Are in order to populate the earth. The only stipulation by Are was that these two human beings had to remain faithful to each other in order to retain their eternal youth. Fura, the woman, however, did not remain faithful.

As a consequence, their immortality was taken away from them. Both soon aged rapidly, and they eventually died. Are later took pity on the unfortunate beings and turned them into two crags protected from storms and serpents and in whose depths Fura’s tears became emeralds.

Today, the Fura and Tena peaks, rising approximately 840 and 500 meters, respectively, above the valley of the Minero River, are the official guardians of Colombia’s emerald zone. They are located roughly 30 km north of the mines of Muzo, the location of the largest emerald mines in Colombia.

Historians believe the indigenous Indians of Colombia mastered the art of mining as early as 500 AD. But Spanish Conquistadors are the ones who are credited with discovering and marketing globally what we now call Colombian emeralds.

Colombia, during pre-colonial times, was occupied by Muzo indigenous people, who were overpowered by Spain in the mid 1500s.

It took Spain five decades to overpower the Muzo Indians who occupied this entire mining area. Once in control, the Spanish forced this native, indigenous population to work the mining fields that it previously held for many centuries.

Monarchs and the gem-loving royalty in India, Turkey, and Persia eventually sought the New World treasures once the gems arrived in Europe.

These new emerald owners expanded their private collections with spectacular artifacts bedazzled with emeralds between 1600 and 1820, the time frame of Spain’s control over the Colombian mines. After Colombia’s independence from Spain in 1819, the new government and other private mining companies assumed mining operations.

Over the course of the nineteenth and twentieth centuries, these mines were periodically shut down numerous times because of political situations within the country.

If you want to learn what the best Colombian emeralds look like and how they mesmerize the senses, watch this video!

I call this the “Colombian Emerald” version of limonada because the limes that are used glow like the jewel of the same name – and I am a poet at heart (and also a published poet to boot – read my haiku poems here).

This is not the first limeade recipe I’ve posted – this Indian-spiced limeade has that distinction. Limonada de coco is a deliciously tropical limeade variant beloved throughout South America!

My version of limonada de coco includes a hint of vanilla sugar for added flavor complexity – you can buy it here.

I also include some freshly-grated nutmeg, which is found only in the Caribbean islands of Colombia – I love it in this recipe! Lastly, some mint leaves for garnish and you have my preferred version of this drink!

This is my preferred brand of coconut milk in this recipe.

Lastly, while limonada is traditionally served without alcohol, if you choose to sneak some rum into the final product, I’ll keep my virtual eyes closed on your ‘blasphemy’. 😉