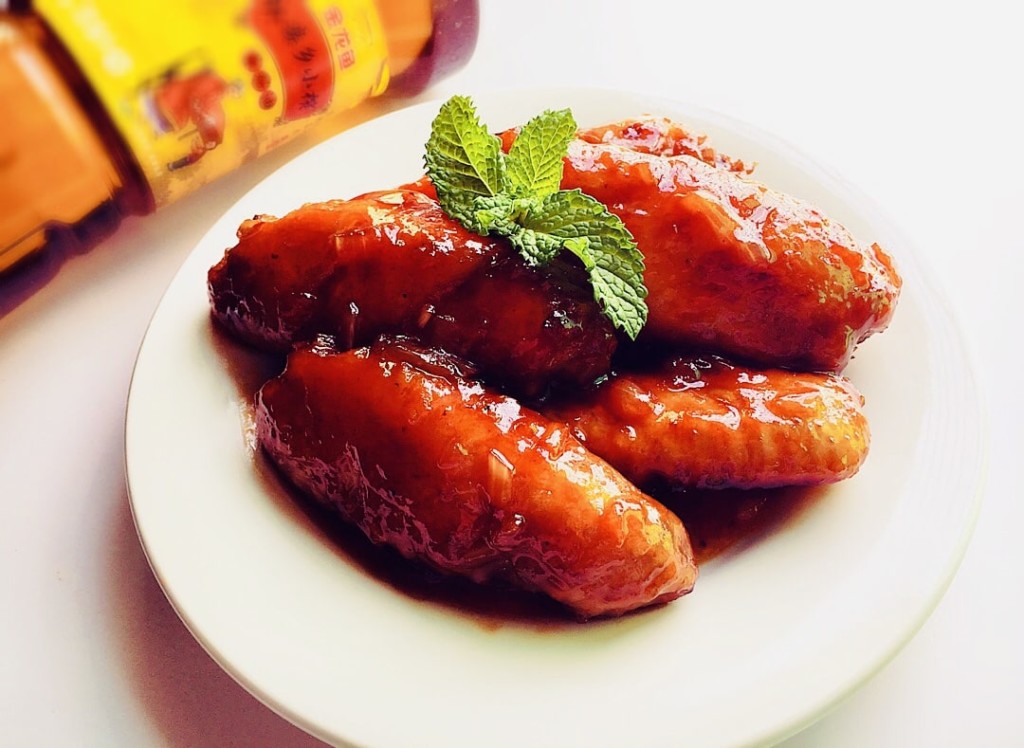 Citizens, your bibulous and occasionally well-marinated Leader – the tipsy Immortal currently known as TFD! – is especially fond of Chinese dishes that take advantage of the fabled alcohols of this legendary cuisine!

This recipe dates back more than 1,000 years to the Tang dynasty, where China’s capital was Chang’an, an ancient capital of more than ten dynasties in Chinese history, today known as Xi’an.

Chang’an means “Perpetual Peace” in Classical Chinese since it was a capital that was repeatedly used by new Chinese rulers. By the time of the Ming dynasty, a new walled city named Xi’an, meaning “Western Peace”, was built at the Sui and Tang Dynasty city’s site, which has remained its name to the present day.

As noted on the fantastic Chinese recipe blog by Madame Huang:

Red wine is rarely associated with traditional Chinese cooking, but at least one ancient dish comes as close to coq au vin as possible: Consort’s Chicken Wings, or guifei ji.

As was described a few months ago when I talked about lychees, another one of the Consort Yang’s favorite dishes, this dates from about 1,300 years ago.

The Xuanzong emperor was so besotted with this plump and lovely consort that although he had over a thousand women in his harem, the only one whom he wanted was Yang Guifei.

This bewitching woman also had a taste for wine and liked getting tipsy. The story behind this chicken dish is that one day she and the emperor were in the Hundred Flower Pavilion sipping wine and having fun when she said mischievously, “I want to fly to the sky!”

The emperor was probably in his cups too, as he thought his beloved consort wanted to eat something that flew, so he ordered his imperial chefs to immediately prepare just such a dish for them.

These harried masters of the kitchen quickly came up with a dish of chicken wings for the imperial table, by which point Yang Guifei was sober enough to be so delighted with what they had served that she proclaimed it delicious. And so it was named in her honor.

She was right. This is a wonderfully simple yet utterly divine chicken dish that can be served hot or cold or anywhere in-between. Some people who don’t know the story behind Consort’s Chicken Wings use the whole chicken, but I think that only the tender wings should be used, as it’s only fitting.

I like to cut each wing into three pieces, since they are much easier to enjoy that way. Keeping the wing tips for ourselves as little snacks, I then serve the drumsticks and middle sections, often nestled up against a pile of Beijing-style spinach and peanut appetizer, which both contrasts with and complements the flavors and colors of the chicken.

But back to that red wine. We will talk more about this in the near future, but red wine in particular has been made in north-central China for ages, and also has been memorialized in certain dishes, such as the Grape Fish of Anhui, which uses wine in the sauce.

Noted wine expert Gerald Asher recently spoke to me about pairing Western wines with Chinese food, an idea whose time has surely come. When he came over for dinner the other night, we had this chicken dish as first course along with a California Chardonnay.

Knowing Ms. Yang, she would have asked for seconds of both.

Citizens, my version of this ancient recipe is especially imperial and based on the version from Madame Huang. My version uses a hint of rosewater to simulate the Chinese rose wine the original recipe called for, plus the eccentric but apropos use of Benedictine and Brandy (B&B) to simulate a Chinese herbal liqueur that is almost impossible to obtain in the U.S.

I prefer a noble Port in this dish as opposed to the more pedestrian red wine. The use of a bit of tomato paste is common in most modern versions of this dish and I enjoy a bit more spice, so I also use a bit of Guilin chili paste.