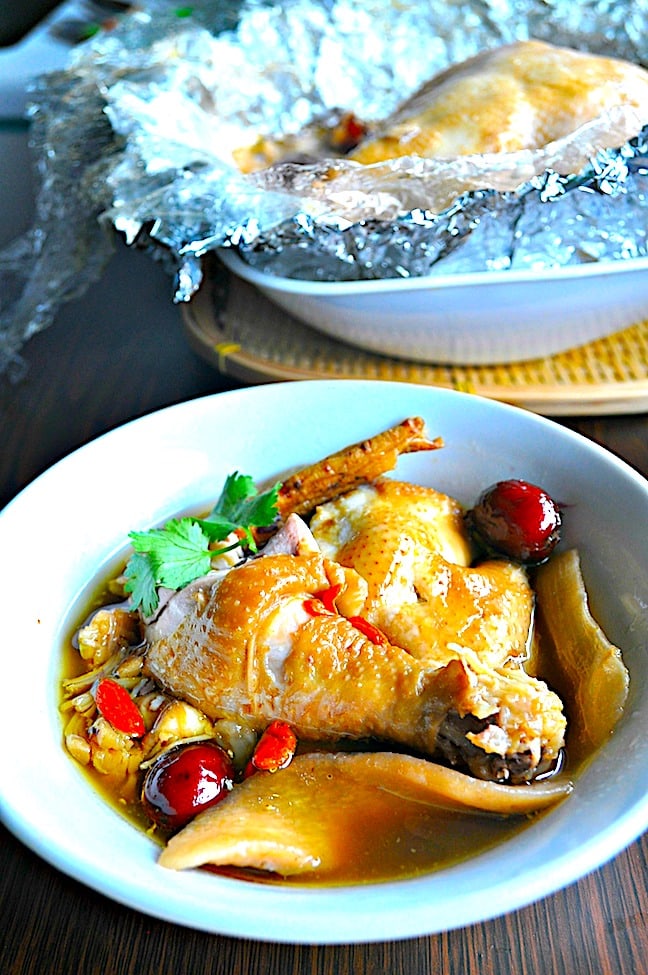 My Citizens, your archetypal pinnacle of gastronomic genius – the unmatched TFD! – is a long-time student of Chinese herbal medicine. Food and medicine are seen as one and the same and this old recipe originally created for an Emperor hits all the right notes to keep you healthy and strong!

Traditional Chinese medicine (TCM) is a broad range of medicine practices sharing common concepts which have been developed in China and are based on a tradition of more than 2,000 years, including various forms of herbal medicine, acupuncture, massage (Tui na), exercise (qigong), and dietary therapy.

It is primarily used as a complementary alternative medicine approach. TCM is widely used in China and it is also used in the West. Its philosophy is based on Yinyangism (i.e., the combination of Five Phases theory with Yin-yang theory), which was later absorbed by Daoism.

In Traditional Chinese Medicine, good health is believed to be achieved by a balance between yin and yang.

Yin and yang are ancient Chinese concepts which can be traced back to the Shang dynasty (1600–1100 BC). They represent two abstract and complementary aspects that every phenomenon in the universe can be divided into. Primordial analogies for these aspects are the sun-facing (yang) and the shady (yin) side of a hill.

Two other commonly used representational allegories of yin and yang are water and fire. In the yin-yang theory, detailed attributions are made regarding the yin or yang character of things:

Yin and yang characterization also extends to the various body functions, and – more importantly – to disease symptoms (e.g., cold and heat sensations are assumed to be yin and yang symptoms, respectively). Thus, yin and yang of the body are seen as phenomena whose lack (or over-abundance) comes with characteristic symptom combinations:

Citizens, this recipe will set you all aright – find a good Chinese herbalist near you to get the right herbs (pinyin is provided in case the shop proprietor doesn’t speak English). I have every confidence you will find my recipe to be superior, delicious and healing!

Please do note that the herbs are NOT to be eaten!