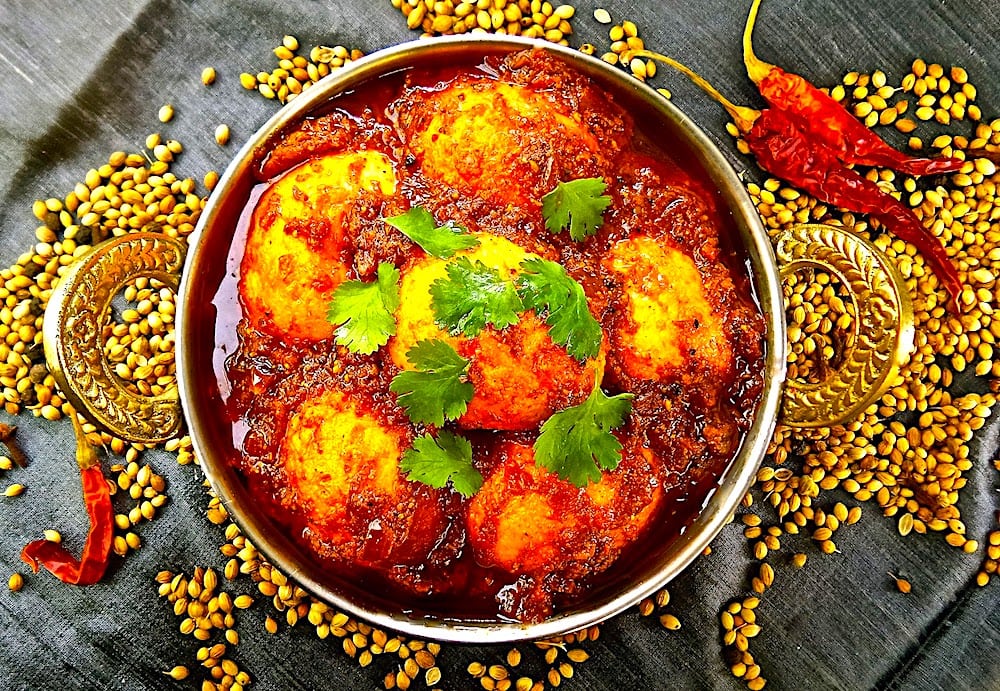 Citizens, the culinary map of India never fails to amaze your sovereign Leader, and I can (and will) spend my lifetime exploring it! Today, I give you a small but gastronomically important region of India and one of my favorite recipes from there! 🙂

Chettinad is a southern Indian region located mainly in the Sivaganga district of Pandya Nadu and has a small portion extending into the Pudukottai District of Chola Nadu in Tamil Nadu, India.

Chettinad is the home of the Nattukottai Chettiars (Nagarathar), a prosperous banking and business community. It is also known for its local cuisine, architecture, and religious temples.

In the 19th and early 20th centuries, many residents of Chettinad emigrated to South and Southeast Asia, particularly Ceylon and Burma. By 2010, only 74 villages remained of the original 96, organized in clusters spread over a territory of 1,550 km2 in the Districts of Sivagangai and Pudukottai in the State of Tamil Nadu. It finds itself in the UNESCO nomination for sites of historic and cultural value.

The word “Chettiars” refer to the social caste of mercantile bankers. The word ‘Chetti’ is derived from Sanskrit word ‘Shreshthi’ (श्रेष्ठी) meaning wealth. The chettiars are known to be traders in salt and spices and this is reflects in the Chettinad cuisine.

The Chettinad region is well known for its 19th-century mansions, whose wide courtyards and spacious rooms are embellished with marble and teak. Construction materials, decorative items and furnishings were mostly imported from East Asian countries and Europe. The marble was brought from Italy, chandeliers and teak from Burma, crockery from Indonesia, crystals from Europe and wall-to-wall mirrors from Belgium.

Many of these mansions were built using a type of limestone known as karai. Local legend has it that the mansion walls were polished with a paste made out of egg whites to give them a smooth texture.

Citizens, I recognize that an egg curry may at first impression sound strange – but trust me, it is DELICIOUS! 😀