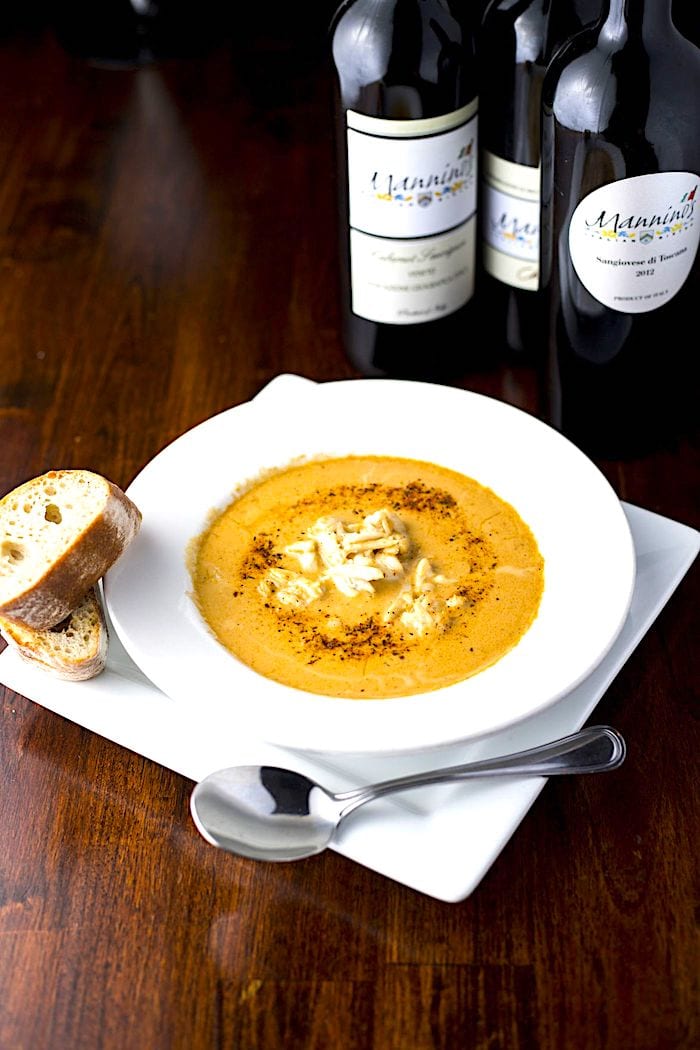 Citizens, the United States has now undergone two weeks of peaceful and powerful protests that members of all races and creeds are undertaking for the rights of African-Americans not to live in fear. Here at TFD Nation, we have a firm credo of ‘one love’ and I am a huge fan of the unique contributions made by African-Americans to American cuisine. One recipe that has become THE hallmark dish of a city with strong Confederate roots is the savory creation of…a humble African-American butler possessed of genius-level kitchen skills. I speak of nothing less than the famed Charleston she-crab soup created by William Deas that is the focus of today’s post. 🙂

Before we launch into the history and recipe, I would like to take a moment to quote from one of my oldest friends, James Bates, Jr., who has been a passionate activist for the African-American cause since I knew him back in high school nearly 35 years ago. He was an inspiration then and even more so today, and I wanted to share his eloquent words concerning this post.

“To me, <your post> speaks in volumes of the hidden and/or unknown contributions of African Americans over three centuries within our nation. It is a fact that many creative concepts & contributions have been “borrowed” or right-out stolen from many African Americans by greedy, manipulative, and plagiarizing individuals who had the opportunity to capitalize on their ideas on a wide scale due to their connections with wealthy & powerful investors who couldn’t care less about the original source of specific inventions (scientific, technological, culinary, etc.).

To add insult to injury, most of these present-day corporations still advertise African American individuals (i.e. Aunt Jemima, Uncle Ben, The Cream of Wheat Chef) as if respectfully ‘honoring’ them as base contributors of their product. Let’s also not forget how other companies still degraded African Americans with the atypical black face, nappy hair, wide eyes, and abnormal-sized lips, etc. It wasn’t until the very late 20th/early 21st century that companies had to clean up these images into a more respectful & presentable image.”

Now, as to the recipe at-hand, the history of the dish and its creator is noted in a most scholarly and well-researched article on charlestoncitypaper.com:

The official story, repeated by countless tour guides as they steer horse-drawn carriages past the John Rutledge House on Broad Street, is that she-crab soup was invented by William Deas, the butler for Mayor Robert Goodwyn Rhett, who purchased the house in 1902. The Rhetts entertained President William Howard Taft there on several occasions. During one of those dinners, Deas was supposedly asked by Mrs. Rhett to dress up his normally pale crab soup, so he added orange crab eggs.

This story has the appeal of a snappy punchline (“So, you might say she-crab soup was invented by Rhett’s butler!”), but the whole “last-minute” angle rings hollow. After all, if you were entertaining the president of the United States in your home, would you want the cook to serve something he’d never made before?

I turned to Mike Coker, the visual materials curator at the South Carolina Historical Society and erstwhile champion of getting she-crab named the South Carolina state soup. Coker confirmed that Deas had indeed perfected the classic recipe while working for the Rhett family, but the part about President Taft was likely apocryphal. (Coker has interviewed Deas’ son Alonzo, who couldn’t recall his father’s ever mentioning Taft, and neither could Deas’ former restaurant coworkers.)

Deas probably didn’t invent she-crab soup out of whole cloth. John Martin Taylor, Lowcountry author and culinary historian, hypothesizes that it’s a variant of partan bree, a traditional Scottish soup made with crab meat and cream and thickened with rice. The addition of crab roe, however, seems to be Deas’ innovation.

By the 1930s, Deas’ she-crab soup was a fixture in the dining rooms of private Charleston homes, and it soon became a restaurant staple, too. Just before World War II, after working in several other downtown homes, Deas was hired to run the kitchen at Everett’s Restaurant on Cannon Street. He worked there until his death in 1961, making Everett’s famous for Deas she-crab soup and leaving as his legacy the city’s most noted culinary specialty. 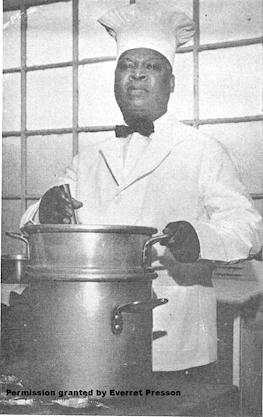 Most versions of she-crab soup served today sadly resemble the unholy offspring of mucilage and semi-liquid concrete due to the over-use of flour to thicken the soup. My version eschews flour completely and instead thickens the soup with just a hint of cornstarch or you can use a trick from the classic French bisques – by using cooked and puréed rice as a thickener at the very end so you can completely control the consistency to your liking! 😀 I choose to purée the rice with some crab stock for added flavor – more on that later. I also add a bit of microplaned lemon zest for extra freshness and a goodly amount of dry sherry (one of the defining flavors of the classic recipe).

Now, this would hardly be ‘she-crab’ soup if you didn’t use crab eggs, and it used to be that they were nearly impossible to find, even in South Carolina! Thankfully, there are two alternatives that are easy to find today! First, you can actually order fresh crab eggs from here, or you can also use top-quality dried shrimp roe – a common ingredient in many regional Chinese recipes – from here. The use of both onion juice and mace are directly from classic recipes for this soup and the mace especially hearkens back to Charleston’s proud history as a spice port!

I also add one additional and incredibly heretical ingredient in this she-crab soup to turn it yellow/orange – and while it’s never been used in this recipe, it should be and i’m shocked the locals never thought of it! I speak of nothing less than the mustard-based South Carolina BBQ sauce that – IMHO – adds a much-needed bit of spice and smokiness to break up the richness of the dish – you only need a touch of it. You can buy my preferred brand here. I also add an equally-heretical hint of Old Bay seasoning, feel free to omit it.

Lastly, I also call for crab stock to really infuse the flavor throughout the she-crab soup – most recipes do not use it, but in my version it’s a necessity! I once again turn to the East for inspiration, in this case to a top-quality Japanese prepared and dried crab stock that you can buy here, if you prefer not to make your own.

Citizens, she-crab soup is a rich and delicious dish that serves as a reminder of the powerful impact African-American chefs have had on our cooking – I hope you enjoy it as much as I do! Enjoy this with as an elegant opening course to pair with another South Carolina specialty, but this one from the Low Country – frogmore stew!