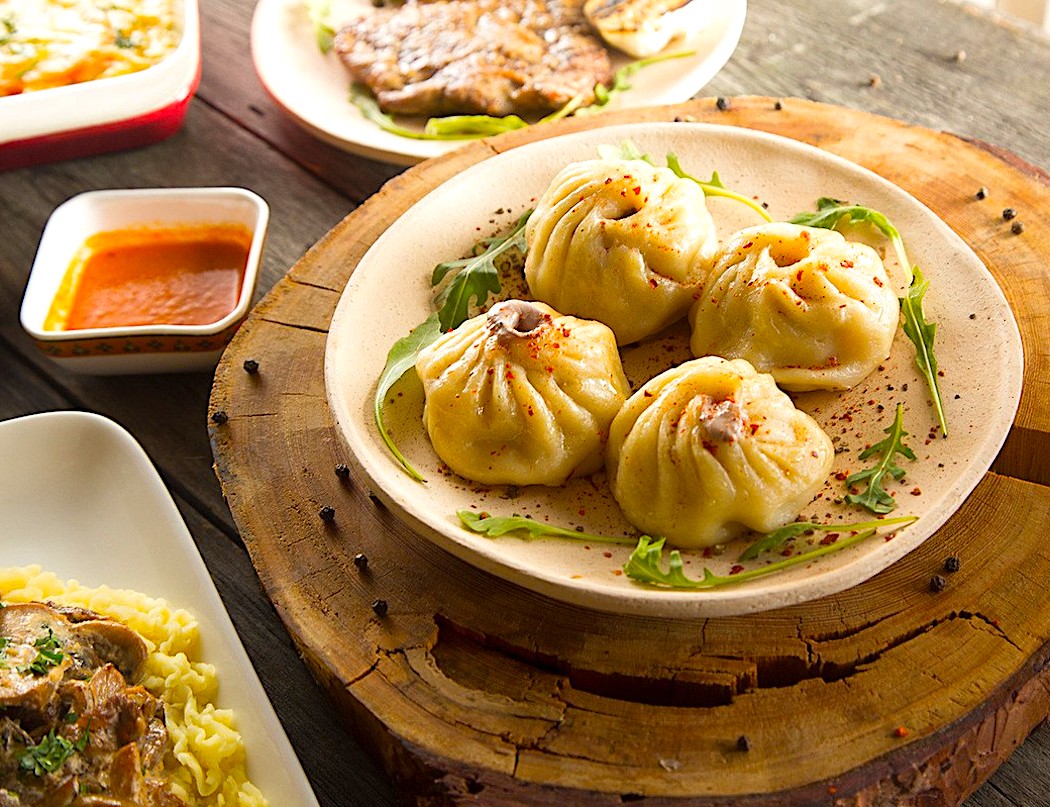 My glorious Citizens! The moments when the Sultan of Sagacity, the Gurkhan of Gastronomy – YOUR TFD! – learns something about a cuisine that is totally new to Him is truly a red-letter day indeed! FYI – I just gave you not one but TWO hints as to the nature of the cuisine being highlighted in today’s recipe in the previous sentence – Gurkhan is a term reserved for the highest title of Mongol nobility (it means ‘Universal Ruler’), while the use of the word ‘red’ hearkens back to the old Soviet Union.

The result is a focus in today’s post on the virtually unknown Republic of Buryatia, a federal subject of Russia near Lake Baikal in Siberia comprised of ethnic Mongols and their national dish of buuza (a heavily-pleated dumpling stuffed with coarse-ground meat, onion and garlic) is indeed today’s recipe of note!

The Republic of Buryatia (Russian: Республика Бурятия; Buryat: Буряад Улас, Mongolian: Буриад Улс) is a federal subject of Russia (a republic), located in Siberia. Formerly part of the Siberian Federal District, it has been a part of the Russian Far East since 2018. Its capital is the city of Ulan-Ude. Its area is 351,300 square kilometers (135,600 sq mi) with a population of 972,021 (2010 Census). The republic is located in the south-central region of Siberia along the eastern shore of Lake Baikal and borders Mongolia to the South.

The Buryats (Buryat: Буряад; Mongolian: Буриад) are a Mongolian people numbering about 500,000, who comprise one of the two largest indigenous groups in Siberia, the other being the Yakuts.

The majority of the Buryat population live in their titular homeland, the Republic of Buryatia, a federal subject of Russia near Lake Baikal. Buryats also live in Ust-Orda Buryat Okrug (Irkutsk Oblast) to the west of Buryatia and Agin-Buryat Okrug (Zabaykalsky Krai) to the east of Buryatia as well as in northeastern Mongolia and in Inner Mongolia, China. They form the major northern subgroup of the Mongols.

Buryats share many customs with other Mongols, including nomadic herding, and erecting ‘gers’ for shelter. Today the majority of Buryats live in and around Ulan-Ude, the capital of the Buryat Republic, although many still follow a more traditional lifestyle in the countryside.

They speak a central Mongolic language called Buryat. UNESCO’s 2010 edition of the Atlas of the World’s Languages in Danger classifies the Buryat language as “severely endangered”. Historically, the territories around Lake Baikal belonged to Mongolia and the language, customs and cuisine share far more with Mongolia than Russia.

Religion today in the Republic of Buryatia is primarily divided between Russian Orthodoxy and Buddhism, with Shamanism having undergone a revival in rural areas since Soviet repression, however it is still small.

Those involved practice either Yellow, Black, or a mixture of the two. Buryats traditionally practiced shamanism, also called Tengrism, with a focus on worship of nature. A core concept of Buryat shamanism is the “triple division” of the physical and spiritual world. There are three divisions within the spirit world: the tengeri, the bōxoldoy, and lower spirits.

These spirits are the supreme rulers of mankind, the spirits of commoners, and the spirits of slaves respectively. In parallel to this is the concept that man is divided into three parts: the body (beye), the “breath and life” of a man, and the soul. The soul is further divided into three parts: first, second, and third. The first soul is contained within the entirety of the physical skeleton, and that damage to it damages the soul. Rituals involving the sacrifice of animals involve great care not to damage the bones, lest the deity receiving the offering reject it.

The second soul is believed to have the power to leave the body, transform into other beings, and is stored in the organs. The third soul is similar to the second, differing only in that its passing marks the end of one’s life. Three and multiples of it are deeply sacred to the Buryat. Examples of this numerology include three major yearly sacrifices, shamans prolonging the lives of the sick by three or nine years, the total number of tengeri being 99, and countless other examples.

Shamans are divided into two classes: ‘great’ shamans of arctic regions and ‘little’ shamans from the taiga. Shamans often are associated with nervous disorders, and in some cases are prone to seizure. Shamans can also be divided into ‘White’ shamans that summon good spirits and ‘Black’ shamans that summon malicious ones. Yellow shamanism refers to shamanistic practices that have been heavily influenced by Buddhism. Shamans exist to heal, especially in regards to psychological illnesses.

Buryat shamanism is not necessarily hereditary, and other members of the kinship-group can receive the calling (however, shamans do keep records of their lineage, and a descendant is preferred). Shamans could both control and be controlled by spirits. There are variations in belief between different traditional groups, so there is no consensus on beliefs and practices. For example, Western Buryats along the Kuda river believe in reincarnation of the third soul, likely a result of their exposure to Buddhism.

Traditionally, the Buryats were semi-nomadic pastoralists. Buryat nomads tended herds of cattle, sheep, goats, and camels. Buryats also relied greatly on local resources to supplement their diets. Following colonization by Russia, pastoralism was gradually replaced by agriculture – the Buryat of today are largely agrarian but most in rural areas still focus on raising livestock as their main way of surviving.

Buuz (Mongolian: Бууз; Buryat: Бууза, buuza) is a type of Mongolian steamed dumpling filled with meat. An example of both authentic Mongolian as well as Buryatian cuisine, the dish is traditionally eaten at home during Tsagaan Sar, the Lunar New Year. Buuz is the Mongolian version of the steamed dumpling which is commonly found throughout the region. Etymologically, it reveals its origin to China, as ‘baozi’ (Chinese: 包子) is the Mandarin word for steamed dumpling and buuza are a truly intriguing offshoot of baozi.

They are eaten in great quantities throughout the year but especially during the Mongolian New Year celebrations, which usually fall in February. Buuza are prepared in the weeks before and left outside to freeze; they are consumed with salads and fried bread, accompanied by suutei tsai (Mongolian tea) and vodka. Buuza are filled with minced mutton or beef, which is flavored with onion and/or garlic and salted. Occasionally, they are flavored with sprouted fennel seeds and other seasonal herbs.

The meat ball is then placed inside a small pocket of dough which is folded around the ball with a small opening at the top and in the chef’s own personal style. The buuza is then steamed and eaten by hand, with the dough pocket catching the juices of the meat. Buuza are made from unfermented dough with precisely 33 folds on top — required by Buddhist symbolism.

Inside, buuza are stuffed with chopped meat (typically mutton and beef) and mangir, a wild leek from the Buryat steppes. I find that buuza share a great deal in common with Georgian khinkalli, though the Georgian version is far more heavily-spiced and includes a ‘handle at the top of the dumpling that is lacking in buuza.

Buuza are typically simply-seasoned, and TFD is using every ounce of His mighty willpower to avoid overcomplicating them. Be advised that you truly must try to combine both lamb (mutton if you can find it!) and beef in the filling to be truly authentic and it MUST be very coarsely ground – I find the butcher’s ⅜” ‘chili grind’ plate on a meat grinder is perfect. While there, ask your butcher for some extra lamb fat trimmings and mince those very finely into the meat as well.

I call for using minced leek as opposed to onion in the filling as it is more authentic – you could also use (in their all-too-brief season) ramps (wild onions) which are the closest to the Allium favored by the Buryat. A bit of caraway seed is a flavor most traditional to the region and worthy of addition to My buuza recipe.

I also enjoy garnishing the buuza with finely-chopped dill fronds and a TINY sprinkling of fennel pollen (more subtle than wild fennel, which is also native to the region). Serve them with soy sauce, lots of vodka, great fellowship and with many good friends in attendance, in the true Mongol tradition! Truly, this is a recipe with a unique provenance and I hope you see fit to enjoy it as soon as possible – TFD Nation deserves to know about both this unique recipe for buuza as well as the region! 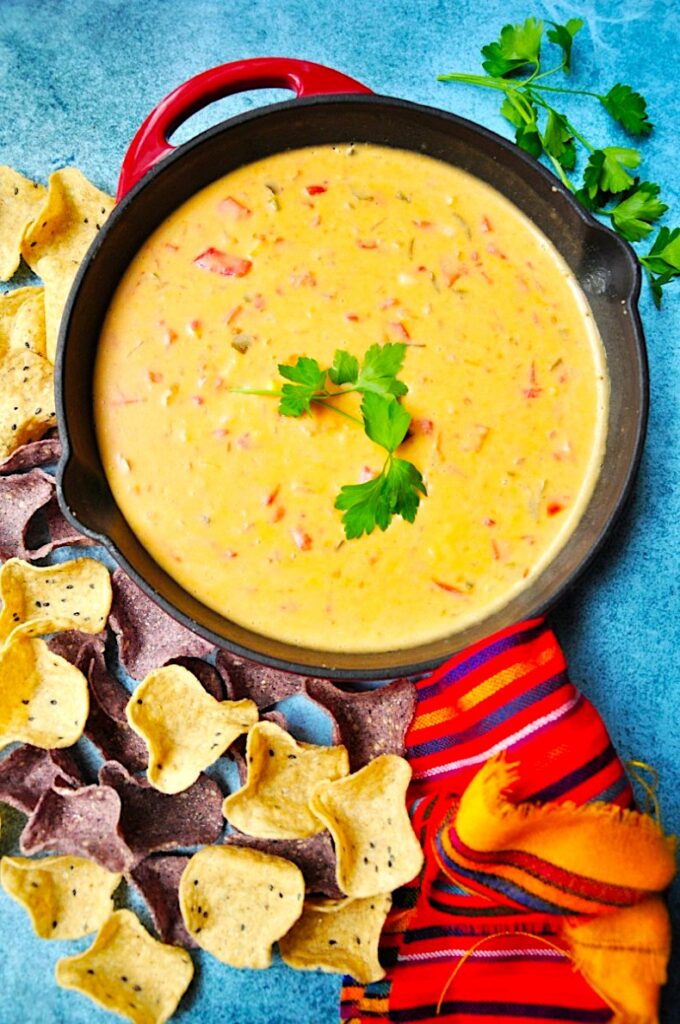 () Citizens – while many are celebrating the start of Summer and a long weekend today, I am choosing to also remember what Memorial Day is REALLY all about: honoring those who made the supreme sacrifice and gave their lives in the service of our country over the last 245 years. In the last two…