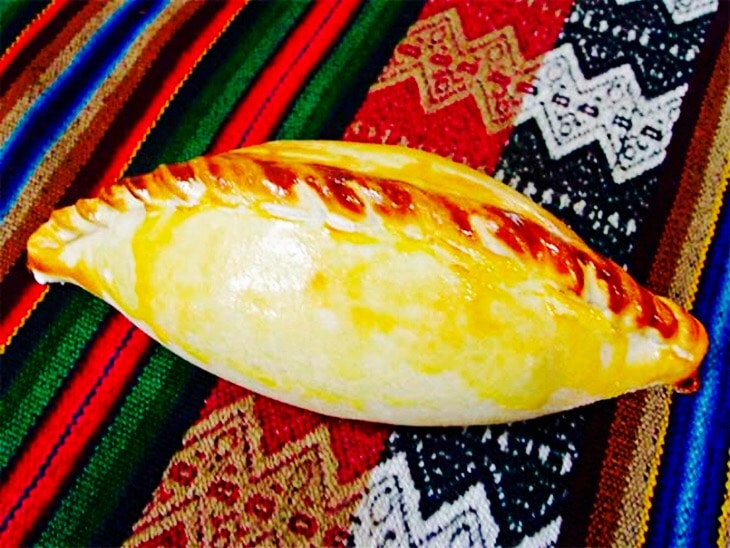 Citizens, today we scale the magnificent Andes mountains to bring you a favorite recipe of the proud country of Bolivia!

Bolivia, officially known as the Plurinational State of Bolivia (Spanish: Estado Plurinacional de Bolivia), is a landlocked country located in western-central South America. It is bordered to the north and east by Brazil, to the southeast by Paraguay, to the south by Argentina, to the southwest by Chile, and to the northwest by Peru. One-third of the country is the Andean mountain range, with its largest city and principal economic centers located in the Altiplano.

Before Spanish colonization, the Andean region of Bolivia was part of the Inca Empire, while the northern and eastern lowlands were inhabited by independent tribes. Spanish conquistadors arriving from Cuzco and Asunción took control of the region in the 16th century. During most of the Spanish colonial period, Bolivia was known as Upper Peru and administered by the Royal Court of Charcas. Spain built its empire in great part upon the silver that was extracted from Bolivia’s mines.

After the first call for independence in 1809, 16 years of war followed before the establishment of the Republic, named for Simón Bolívar. The country’s population, estimated at 10 million, is multiethnic, including Amerindians, Mestizos, Europeans, Asians and Africans. The racial and social segregation that arose from Spanish colonialism has continued to the modern era. Spanish is the official and predominant language, although 36 indigenous languages also have official status, of which the most commonly spoken are Guarani, Aymara and Quechua languages.

A salteña, a very popular recipe in the country, is a type of Bolivian baked empanada.

Typically salteñas can be found in any town or city throughout the country, but each area has its variations; Cochabamba and Sucre claim to have the best version of this snack, and many will go out of their way to try the variation from Potosí.

In La Paz, it is a tradition to enjoy salteñas as a mid-morning snack, although vendors often start selling salteñas very early in the morning. The pastries are sold anywhere from 7am to noon; most vendors sell out by mid-morning.

Gorriti was born in Salta, Argentina and was exiled to Tarija, Bolivia during the Juan Manuel de Rosas dictatorship. The Gorriti family endured extreme poverty, and they came up with the recipe in the early 19th century in order to make a living. A variation of these pastries was known at the time throughout most of Europe.

The product, nicknamed “salteña”, became very popular. Candia states that it was common to say to kids: “Ve y recoge una empanada de la salteña” (“go and pick up an empanada from the woman from Salta”). In time most forgot the name Manuela Gorriti, but not the nickname. Eventually the salteñas left the city of Tarija and became a Bolivian tradition.

Salteñas are juicy, like a stew in a pastry. The juiciness is achieved by making a stew out of all the ingredients and adding gelatin, so that the stew hardens in the refrigerator, and then slowly melts when they are baked. This ensures that the dough does not get soggy even while providing a very juicy filling.

They are more football-shaped than flat like empanadas. The trick to eating them is to hold them upright, nibble the top corner and work your way down without spilling any of the hot juices. Llajua (Bolivian salsa) complements it well.

You can freeze salteñas (unbaked) as long as they are very well wrapped. When you want to bake them, place them immediately from the freezer to the oven – do not thaw.