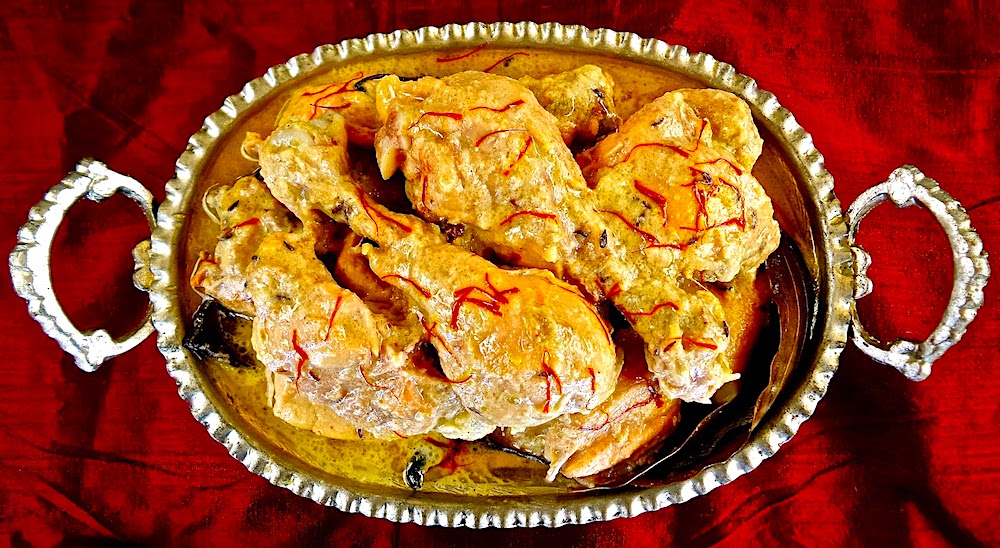 Citizens, your beloved and immortal Leader – the forever regal TFD! – is inordinately fond of a unique sub-group of Indian food, specifically those hailing from the city of Lucknow and its unmatched royal Muslim cuisine!

Rezala is a traditional Bangladeshi dish highly-influenced by Royal Mughlai cuisine. The dish most probably was invented in Bangladesh by chefs who came along with the exiled Nawab of Lucknow (home to the most legendary Indian recipes, at least according to TFD!) after the partition of the subcontinent, when East Bengal was a part of newly-founded Pakistan (West Bengal), then known as East Pakistan.

Wajid Ali Shah was the 10th and last Nawab of Awadh – as noted in “Awadh Under Wajid Ali Shah” by Dr. G.D. Bhatnagar:

“Cast by providence for the role of an accomplished dilettante, he found himself a misfit for the high office to which he was elevated by chance. Wajid Ali Shah’s character was complex. Though he was a man of pleasure, he was neither an unscrupulous knave nor a brainless libertine. He was a lovable and generous gentleman. He was a voluptuary, still he never touched wine, and though sunk in pleasure, he never missed his five daily prayers. It was the literary and artistic attainments of Wajid Ali Shah which distinguished him from his contemporaries.”

This dish has a rich Mughlai aroma, with the texture and taste of a classic meat-based curry of lamb with onions in yogurt and ghee. The chunks of tender meat rest in a flavorsome white gravy made from yogurt, cashew nut and poppy seed paste, flavored with subtle spices. Rezala is both regal and flavorsome and TFD is delighted to share the recipe with you today!

I hope you enjoy this rare recipe, Citizens! 😀 My version is based very closely on one from calmlycookingcurry.blogspot.com, though I have added dried rose petals and pure silver foil (varq) to really emphasize the Lucknow/royal origins of this dish. 🙂