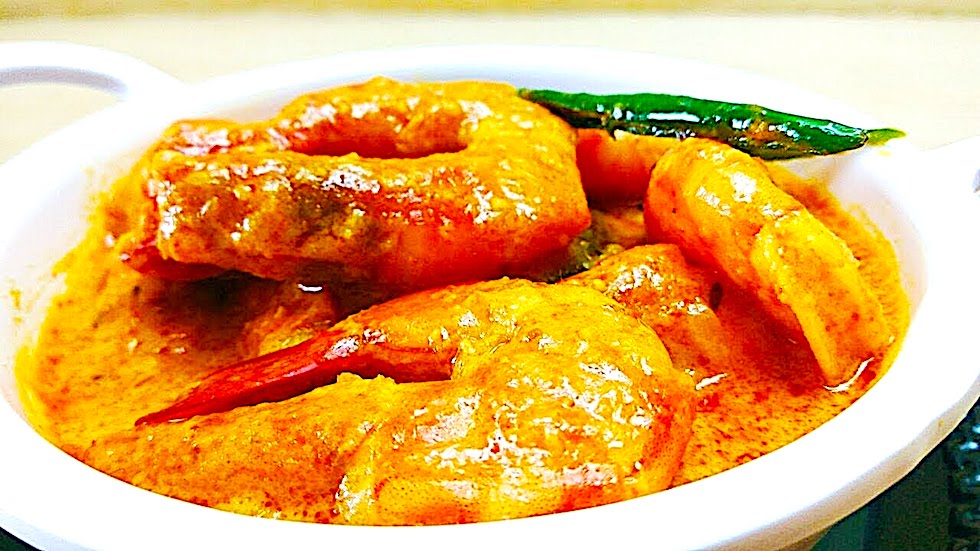 My Citizens! Few cuisines so expertly combine the heat of mustard with complex spicing as Bengali/Bangladeshi – and I am honored to share one of my favorite recipes of this type with you! 🙂

Citizens, Bangladesh is a country in South Asia, bordered by India to its west, north and east and Myanmar (Burma) to its southeast. To its south, it faces the Bay of Bengal. Bangladesh (“The land of Bengal”) has a rich heritage of ancient civilization – Bangladesh’s documented history spans 4,000 years. Bangladesh human history has in fact been documented dating back more than 20,000 years!

Bangladesh is the world’s eighth-most populous country, with more than 168 million people. It is one of the most densely populated countries, and among countries with a population exceeding 10 million, it is the most densely populated. Geographically, the country is dominated by the fertile Bengal delta, the world’s largest delta. This also gives Bangladesh a unique name tag as “the land of rivers”.

The present-day borders of Bangladesh took shape during the Partition of Bengal and the British India in 1947, when the region came to be known as East Pakistan, as a part of the newly formed state of Pakistan that was partially carved out from the Indian state of Bengal.

It was separated from West Pakistan by 870 miles of Indian territory. Due to political exclusion, ethnic and linguistic discrimination and economic neglect by the politically dominant western part of the state, the Bangladesh Liberation War and independence resulted in 1971. Like Pakistan from where it originated, Bangladesh is an almost entirely Muslim country.

Chingri malai curry, also known as Prawn malai curry, is a Bengali curry made from prawns and coconut milk and flavored with spices. The dish is popular throughout Bangladesh and is served during weddings and celebrations, or for guests, and was also very popular among the British in Calcutta.

As noted on the excellent blog cosmopolitancurrymania.com:

Undoubtedly, Chingri Macher Malai Curry or Chingri Malai Curry is among one of my favourite Bengali dishes. A curry cooked with Chingri Mach (a common Bengali term used for lobsters, prawns or shrimps) is generally a part of the Bengali menu, especially on occasions such as the Noboborsho or Poila Boisakh (Bengali New Year).

Be it jumbo prawns or small shrimps, Bengalis love to include them in their cooking in myriad ways. There are traditional dishes where shrimps are cooked with bottle gourd (lau chingri) or cabbage (badhakopir ghonto chingri mach diye).

Sometimes these are steamed with mustard paste in a banana leaf parcel (chingri paturi), whereas sometimes these are cooked with chopped banana flowers (mocha chingri) or cooked in an awesome chutney base (chingri macher chatni)!

Coconut paste is used in the preparation of Chingri Macher Malai Curry. We might find replacing with coconut milk as an easy option, but the texture of the curry would be different in that case.

So we Bengalis, who are one of the hardcore fish-eating communities in India, love gorging on chingri, among others. The Chingri Macher Malai Curry is one of the Bengali regal dishes, just fit for those special days when you feel like eating like a King, and surprisingly, without going overboard on spices!

A bit about the history of the Chingri Macher Malai Curry. Some people believe that this dish has a Malaysian influence and the early version of the recipe might have been bought by Malaysian sailors to the Bay of Bengal, many years ago.

The word “Malai” is actually “Malay”, meaning Malaysian. The use of coconut paste or milk in curries across Asia is one common thread among the cuisines. Interestingly, Malai in Hindi means “milk cream”, but the dish doesn’t use milk cream. So, it is apparent that Malai is the distorted way of saying “Malay”. But, this is just one school of thought.

Now, there is no single recipe for the perfect Malai curry. Different Bengali families use slightly (and sometimes, hugely) different recipes. Some add cashewnut paste, garam masala powder and/or tomatoes in this, but I don’t.

Some may not like to add a little mustard paste, raisin paste and ghee, but I do. Some add coconut milk, but I prefer freshly scraped coconut paste.

These are certain factors which make one Malai curry taste quite different than the other, but at the end of the day, the best Malai curry is the one which is rich, creamy and doesn’t taste too spicy, and only then will the flavor of the shrimp or prawn be at its epitome!

This Bengali (Indian) dish tastes majestic with jumbo prawns or lobsters, with heads intact, but you can replace with any kind of shrimp for a regular curry.

Mustard oil is the recommended oil, as it adds great flavor to this dish, but if you don’t find this oil, replace with any good oil with high smoking point.

I’ve created a version specifically for this curry dish that uses radhuni or celery seeds instead of the more common mustard seeds. Radhuni is still a traditional spice used in panch phoran, but I find its flavor profile works better with this recipe than mustard seed. I also cut back on the fenugreek, as I find it to be bitter.

Citizens, whilst mustard oil is a foundation flavor in this cuisine, it is EXTREMELY IMPORTANT to only use one brand of mustard oil in this or any other Bengali recipe. You can buy it here – any other brand may potentially risk your health, so please do stick only with this one!  I have every confidence you will adore the spice and succulence of this unique dish!