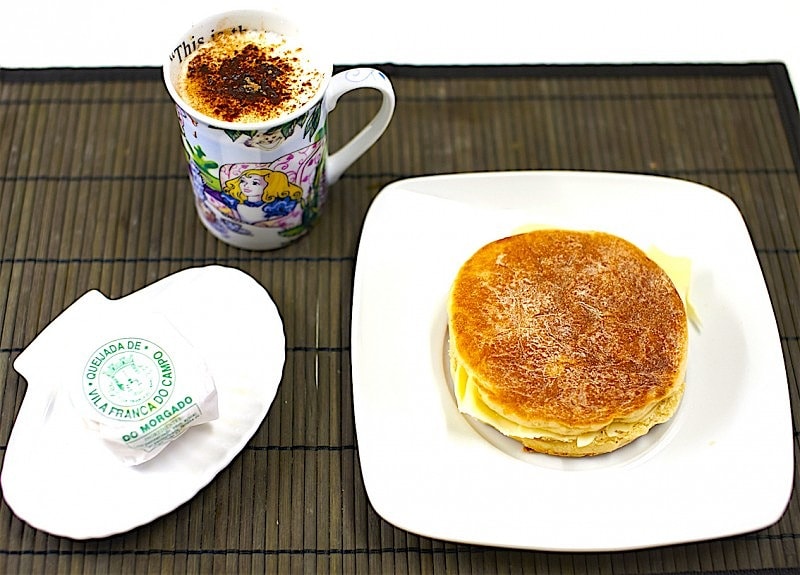 Merry Christmas to you, Citizens! To celebrate the holiday, I give you a recipe that has absolutely nothing to do with Christmas, just because TFD likes to throw the occasional curve ball! 😉

The beautiful island group of the Azores are one of the two autonomous regions of Portugal, composed of nine very isolated volcanic islands situated in the North Atlantic Ocean about 1,360 km (850 mi) west of continental Portugal, about 880 km (550 mi) northwest of Madeira, about 1,925 km (1,196 mi) southeast of Newfoundland, and about 6,392 km (3,972 mi) northeast of Brazil.

You can see just how isolated the Azores are by looking at the TFD world recipe map, found here.

All the islands have volcanic origins, although some, such as Santa Maria, have had no recorded activity since the islands were settled. Mount Pico, on the island of Pico, is the highest point in Portugal, at 2,351 m (7,713 ft). The Azores are actually some of the tallest mountains on the planet, measured from their base at the bottom of the ocean to their peaks, which thrust high above the surface of the Atlantic.

The climate of the Azores is very mild for such a northerly location, being influenced by its distance to continents and the passing Gulf Stream. Because of the marine influence, temperatures never get hot or cold, but remain mild year-round. According to the 2011 Census, population in the Azores was 246,746 at a density of 106 inhabitants per square kilometre (270/sq mi).

The Azores were uninhabited when Portuguese navigators arrived in the early 15th century; the settlement process was initiated in 1439 with individuals from various regions of mainland Portugal and from Madeira. The islands were populated mainly by Portuguese descendants immigrants from Algarve, Alentejo, and Minho; however, in an effort to escape the pressures of the Portuguese inquisition, many Portuguese Sephardic Jews, also known as the ‘New Christians’, (those who were forced to convert to Christianity during the Portuguese inquisition), settled on the island in large numbers.

Azorean Jews had surnames such as: Rodrigues, Oliveira, Pereira, Pimentel, Cardozo, Teixeira, etc. The islands were also settled by Moorish prisoners, African slaves from Guinea, Cape Verde and São Tomé, Flemish, French and Galicians also contributed to the initial settlement. Thus the Azorean population received a significant contribution from people with genetic backgrounds other than Portuguese.

Bolo Lêvedo are a type of Portuguese sweet muffin popularized in the United States by Azorean immigrants around New Bedford and Cape Cod in Massachusetts – these muffins can still be found in many a Cape Cod sandwich shop. My grandfather-in-law is from Massachusetts and his family is from the Azores, and I post this recipe in his honor! 😀

“Bolo Lêvedo is a Portuguese sweet muffin typical of the Azores Islands. It is widely popular throughout the Azores as well as New England. The most famous are baked in Furnas, in the island of S. Miguel. Bolos Lêvedos are saucer size thin muffins, golden brown on either side and dusted with some baking flour. It has a delicious lightly sweet taste but the smell is unforgettable. Freshly cooked and toasted with butter, there might be no better pair for the morning coffee. If you want all the works, toast with Azorean grass fed butter and serve with freshly made Porto Formoso green tea. It’s to die for!”

These blow away the average English Muffin and I hope you will give them a try, Citizens! 😀 My one small tweak from the original recipe at easyportugueserecipes.com is the use of a touch of turbinado sugar, which I find enhances the recipe but you may use all regular sugar if you prefer the classic version.