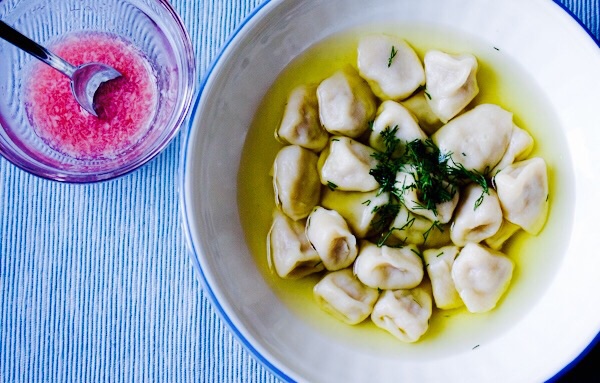 Dushbara – ah, my heart LEAPS within my breast even thinking about them, Citizens!

Imagine the tiniest ravioli swimming in a saffron and herb-laced soup, each bite bracing with the tang of vinegar and garlic. When I say tiny – I mean TINY. As in 10 of these fitting into 1 tablespoon kind of tiny! 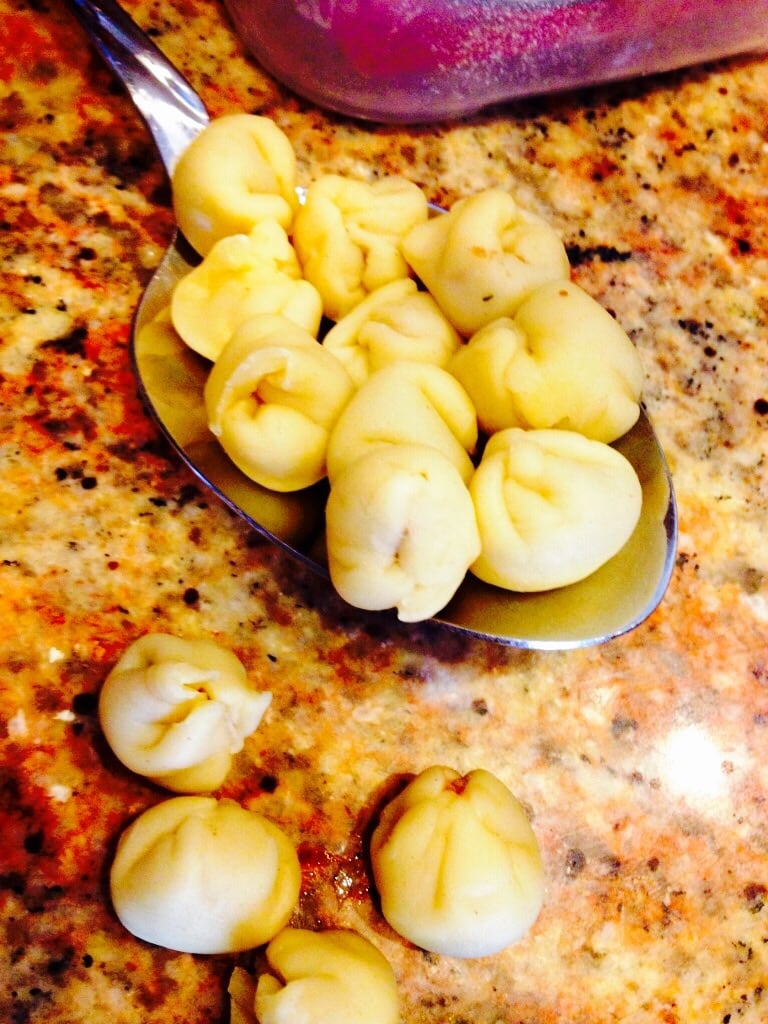 Citizens! Truly, this recipe is as good as it gets, IMHO. 🙂

If you notice a distinct similarity to the Jewish kreplach (ravioli), you are not mistaken. There still remains a small native Jewish community in Azerbaijan – “the land of flames” – so called because it has been a major source of oil (which frequently caught fire, thus the name) since ancient times.

The northern reaches of Azerbaijan were also part of what used to be the ancient Jewish kingdom of Khazaria – the first (and only) Jewish kingdom in the diaspora! Bet you didn’t know there was such a place did you?

There was indeed – read all about it!

In memory of that ancient and tolerant land, the following dushbara recipe is presented for your enjoyment. I will set you on the true path of this mighty recipe – it is involved but your labor WILL be rewarded, I promise!