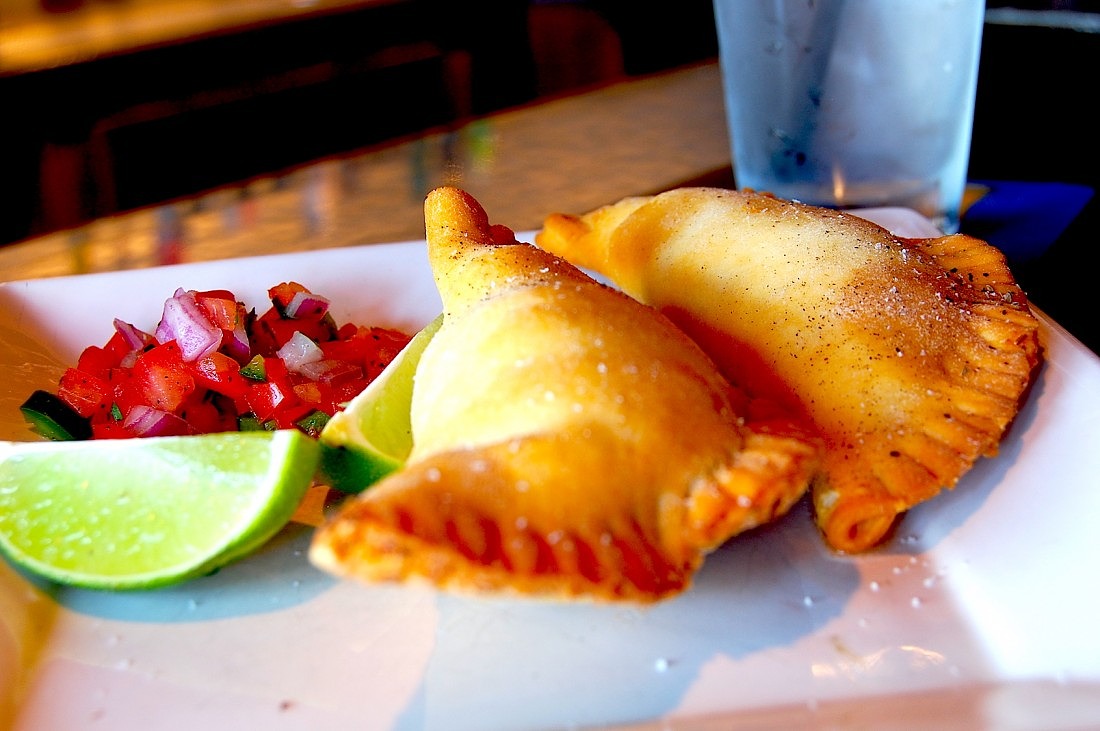 Empanadas – ah, the succulence of these meat-filled pastries from Argentina cannot be matched (especially in my recipe!). 😀

An empanada is a type of baked or fried turnover consisting of pastry and filling, common in Latin American and Filipino cultures.

The name comes from the Spanish verb empanar, and literally translates as “enbreaded”, that is, wrapped or coated in bread. They are made by folding dough over a filling, which may consist of meat, cheese, corn, or other ingredients, and then cooking the resulting turnover, either by baking or frying.

They resemble turnovers from many other cuisines and cultures, including the pasty from the British Isles, the samosa from the Central and South Asia, or the pirozhki from Russia.

Empanadas trace back their origins to the northwest region of Spain, Galicia. A cookbook published in Catalan in 1520, Llibre del Coch by Robert de Nola, mentions empanadas filled with seafood in the recipes for Catalan, Italian, French, and Arabian food.

In Argentina, these are often served during parties and festivals as a starter or main course. Shops specialize in freshly made empanadas, with many flavors and fillings.

During Lent and Easter, empanadas de Cuaresma fillings with fish (usually dogfish or tuna) are popular.

I make my Argentine version in the style of Córdoba province – baked, not fried and with a filling of meat, onion, olives and raisins amongst other items of delicious character such as eggs, potatoes and peppers.

Citizens, there isn’t much to add beyond that – try this recipe and set your tastebuds to DEFCON 2! Serve with salsa and a nice salad for a wonderful meal anytime!