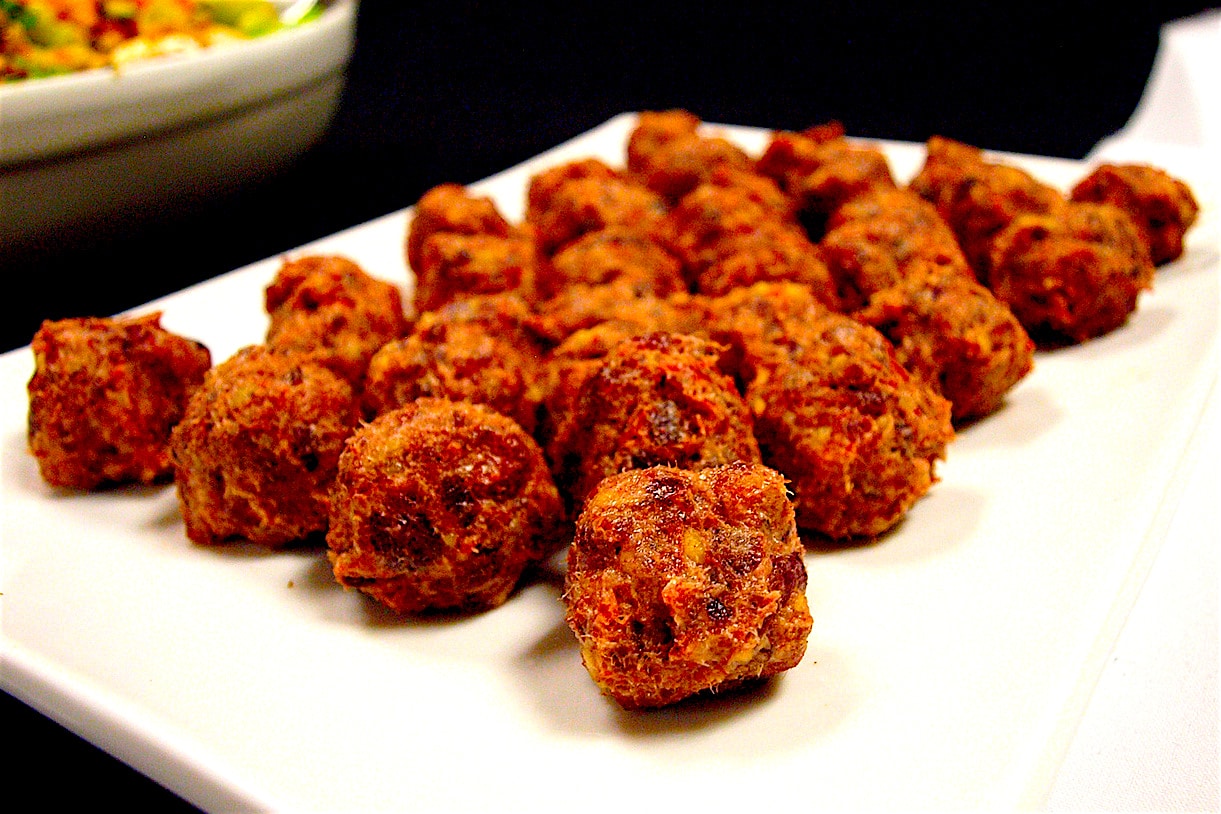 Citizens – behold a recipe from the last true frontier on the planet – the frozen continent of Antarctica!

TFD has a long-standing dream to visit the continent in the depths of Southern Hemisphere Winter as a chef at one of the permanent bases scattered over the icy landscape. To feel the biting cold, see the auroras illuminating the skies, experience the 24 hours of darkness – I have done all of this in the far north, down to temperatures of -50 degrees Fahrenheit. …yet the south continues to elude me.

If anyone reading this is stationed in Antarctica and can help arrange a posting – please do get in touch via comment! 😀

Antarctica is Earth’s southernmost continent, containing the geographic South Pole. At 14,000,000 square kilometres (5,400,000 square miles), it is the fifth-largest continent in area after Asia, Africa, North America, and South America. There are no permanent human residents in Antarctica, but anywhere from 1,000 to 5,000 people reside there throughout the year at the research stations scattered across the continent.

For comparison, Antarctica is nearly twice the size of Australia. About 98% of Antarctica is covered by ice that averages 1.9 kilometres (1.2 mi) in thickness, which extends to all but the northernmost reaches of the Antarctic Peninsula.

Antarctica, on average, is the coldest, driest, and windiest continent, and has the highest average elevation of all the continents. Antarctica is considered a desert, with annual precipitation of only 200 mm (8 in) along the coast and far less inland.

The temperature in Antarctica has reached −135.8 °F, though the average for the third quarter (the coldest part of the year) is −63 °C (−81 °F). A NASA satellite measured that temperature in August 2010.

As noted in an interview with USA Today:

“I’ve never been in conditions that cold, and I hope I never am,” said ice scientist Ted Scambos of the National Snow and Ice Data Center in Boulder, Colo. “I am told that every breath is painful, and you have to be extremely careful not to freeze part of your throat or lungs when inhaling.”

Antarctica is governed by 50 countries that have signed the Antarctic Treaty System. The treaty prohibits military activities and mineral mining, prohibits nuclear explosions and nuclear waste disposal, supports scientific research, and protects the continent’s ecozone. Ongoing experiments are conducted by more than 4,000 scientists from many nations.

The race to become the first human to stand on the South Pole is filled with drama and great tragedy – the Norwegian team led by Roald Amundsen took the prize, and the British team led by Captain Robert Falcon Scott perished – the fascinating story may be found here.

The key to survival on these trips of Antarctic exploration was Pemmican, a concentrated mixture of fat and protein used as a nutrient-dense food that would not spoil. The word comes from the Native American Cree word pimîhkân, which itself is derived from the word pimî, “fat, grease”.

It was invented by the native peoples of North America and was widely adopted as a high-energy food by Europeans involved in the fur trade and later by Arctic and Antarctic explorers, such as Sir Ernest Henry Shackleton, Scott and Amundsen.

This was a can of Pemmican, found frozen in the Antarctic ice from the 1912 Scott expedition! 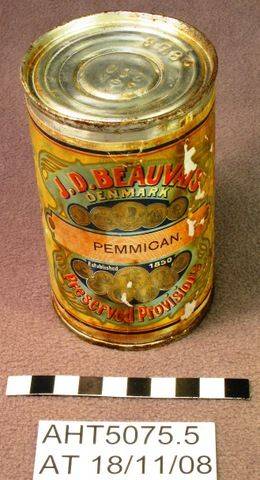 Pemmican was most often made from buffalo meat which was cut into strips, dried in the sun and pounded into a powder before being flavored with choke cherries or june berries. This combination of meat and berries would then be mixed with melted fat and allowed to dry and become firm. The resulting food was packed into rawhide bags where it could be kept for years without spoiling.

When Europeans arrived in the New World they found this wonderful food and adopted it quickly into their diets.

The fur traders in Canada were especially in need of a highly nutritional and easily stored meal. Pemmican became a staple for the traders as they made their way across the colder and more desolate regions of North America. Eventually, pemmican’s fame grew and it was used to feed several arctic expeditions and even to provision the Royal Navy.

The Métis, aboriginal peoples from Canada, were known for their trade in pemmican. Descended from a mixed heritage of First Nations and European peoples, they were in a unique position to provide pemmican to those who needed it most. They supplied all of the North West Company Posts.

The pemmican trade became so valuable that it almost started a war when, in 1814, Governor Miles MacDonell issued the Pemmican Proclamation in an effort to control the trade and the Métis. Thankfully, the proclamation did not remain active for long and the pemmican trade was allowed to flourish and spread. Today, many Native American tribes continue the tradition of making pemmican.

With today’s emphasis on paleo diets, pemmican is making a big comeback. I wanted to create a tastier version of the classic recipe, and settled on adding bacon – yes, BACON – to the meat for smokiness and savor. I also added in some spices that I find complement the flavor – feel free to omit them if you prefer a more traditional recipe.

Enjoy this frigid taste of history, ! 😀