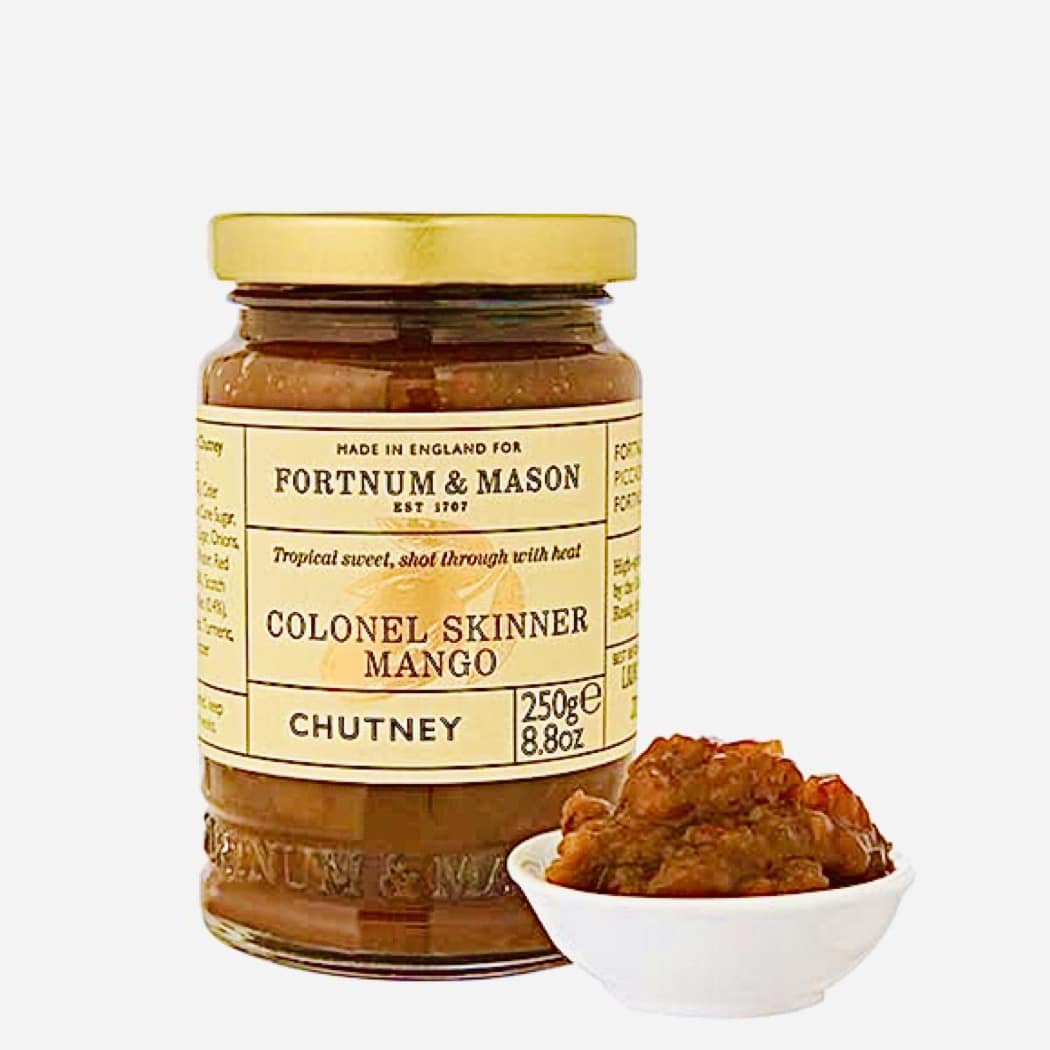 Citizens, the pure and undimmed love that the Suzerain of Spice – the Potentate of Pontification who ALONE is TFD – holds for all fiery foods is made manifest in my last two posts, and continues unabated today in this deliciously spicy chutney from the famed Colonel Skinner of the Raj!

You’ve probably heard of the famous Major Grey’s chutney, and yes there was indeed a real person behind the chutney, just as Colonel Skinner was a real hero behind this acclaimed chutney. Sadly, it is not as well-known today as it used to be, mostly because of its fiery heat. Early 20th century English palates who had never been to India were less acclimated to the level of intense spice beloved by India-based ex-pats and so Major Grey, despite his lower rank, won the chutney war.

I for one intend to bring the Skinner recipe back to the forefront, leading the charge of the culinary Light Brigade in the perhaps vain hope of seeing this become better-known. Fortnum & Mason still carries the torch for this chutney and several others of repute – check them out here.

As to the legendary Colonel Skinner: 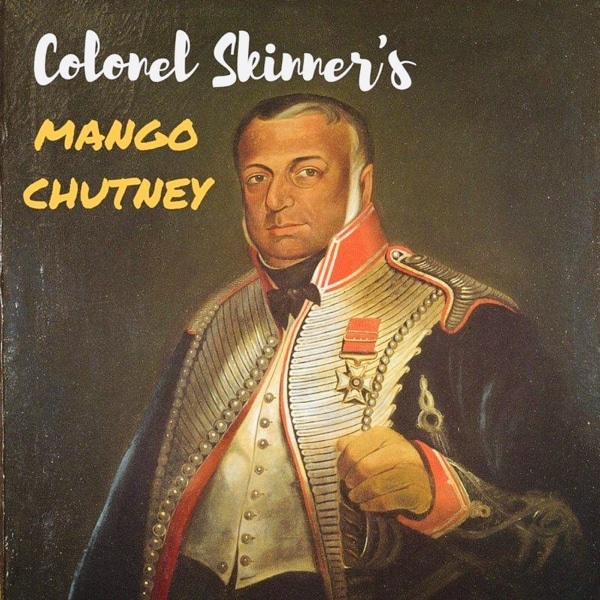 Lieutenant-Colonel James Skinner (1778-1841), an Anglo-Indian, was also known locally in northern India as ‘Sikandar Sahib’ (Alexander the Great). He was the son of a Rajput princess and Hercules Skinner, a Scottish lieutenant-colonel in the East India Company service.

Famous for military adventures and a large string of victories, his regiment was called ‘Skinner’s Horse’ or the ‘Yellow Boys’ after their distinctive uniform, the most famous cavalry regiment in the India of the Raj.

Reputed to have a large harem of Hindu and Muslim wives, Skinner gave his heirs 194 Indian villages and an assortment of palaces and indigo factories.

Brought up by Christian and Hindu parents, he married a Muslim and, true to his background, gave thanks for his recovery from battle wounds by building a church, a mosque and a temple in Delhi.

The St. James Church at Kashmere Gate at Delhi was built by him. In the culinary world his name is perpetuated by the famed pickle.

The original recipe called for leaving the chutney to age in the hot Indian sun for up to 2 weeks – modern recipes skip this step as unnecessary. The Fortnum & Mason version uses lime juice as well as vinegar in the recipe – I wholeheartedly adopt their tweak. This recipe is unusual in its calling for dried mango as opposed to fresh. Don’t substitute for it or the texture will be off.

I’ve also added in some optional Indian spices that I feel complement the original recipe – they are noted as such in the recipe. I’ve also modified the recipe to include some fresh habanero peppers as well as dried Chiles de Arbol to balance overall heat with the fruity flavors from the habanero.

Note that the original recipe called for ¼ lb. of unspecified chilies, so you know this needs to be spicy for true authenticity! Using fewer (but spicier) fresh and dried chilies seems a saner adaptation in TFD’s sagacious opinion – use as many of each type as you are comfortable with to achieve a strong and potentially traumatic heat.

Moscavado sugar is a type of unrefined dark brown sugar used in the UK – you can buy it here.

Citizens, this recipe for Colonel Skinner chutney absolutely deserves your steadfast and immediate attention – it will become a delicious and spicy mainstay of your recipe repertoire, I promise! I would personally serve this as part of an Anglo-Indian feast, starting with my recipe for Mulligatawny soup.