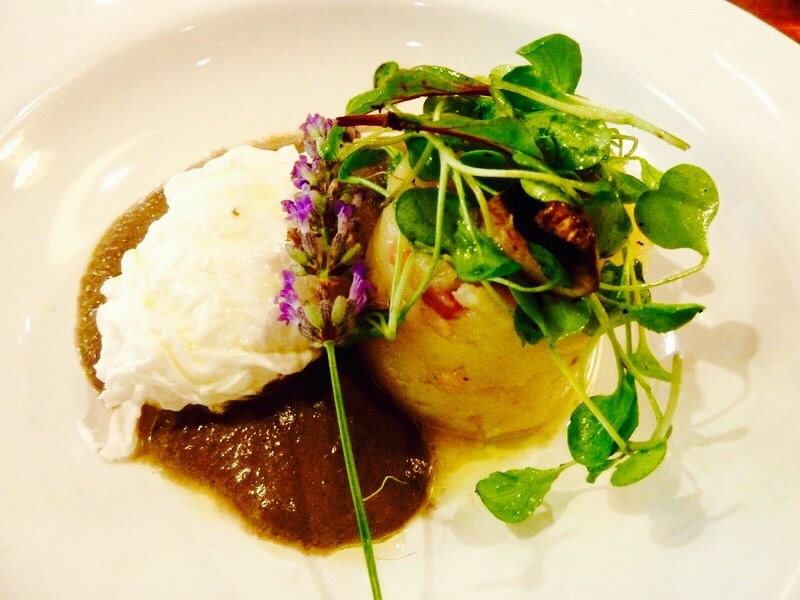 The country of Andorra is one of the smallest in the world, nestled high in the Pyrenees mountains between France and Spain and home to the proud Catalan people.

Created under a charter in A.D. 988, the present Principality was formed in A.D. 1278. It is known as a principality as it is a monarchy headed by two Co-Princes – the Spanish/Roman Catholic Bishop of Urgell and the President of France.

Trinxat is perhaps the most famous dish of Andorra and shares several characteristics with the Irish dish colcannon, including both potatoes and cabbage. It also includes both bacon and fatback, which makes perfect sense in a country where grazing land for cattle is at a minimum and pigs can be more easily raised.

Trinxat is a Catalan word meaning “chopped”. Since Andorra is part of the larger Catalunyan area, it’s to be expected that there are variations on this basic theme in the surrounding regions. The recipe is for trinxat de la Cerdanya, the most commonly encountered kind — a hearty mash of bacon, potatoes and cabbage, fried in a skillet-sized cake and garnished with fatback crisps.

I have modified the basic recipe to include smoked Spanish salt, which I find adds a delightful new dimension to the flavor. I serve Trinxat with my version of Spanish Romesco sauce, which is atypical but again makes for a multi-layered symphony of flavors!

Romesco is a nut and red pepper-based sauce originating from Tarragona, Catalonia, in Northeastern Spain. It is typically made from any mixture of roasted or raw almonds, pine nuts, and/or hazelnuts, roasted garlic, olive or sunflower oil, bitxo peppers (similar to New Mexico chiles) and/or nyora peppers (a sun dried, small, round variety of red bell pepper).

Flour or ground stale bread may be used as a thickener or to provide texture. Other common ingredients include roasted tomatoes, red wine vinegar and onions.

This is my personal take on Romesco and I find it particularly delicious. You will need smoked Spanish paprika (Pimentón de la Vera) – buy it here. You’ll also need Spanish smoked salt, which you can buy here.