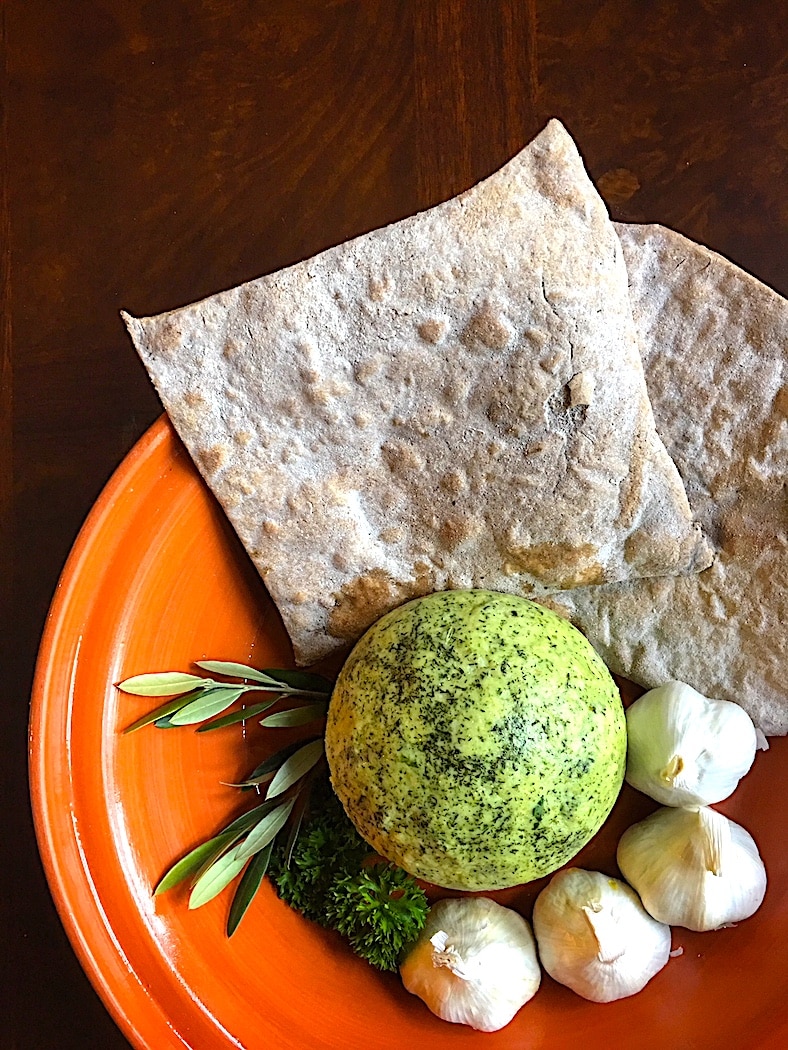 My glorious Citizens – first off, apologies for my notable absence this last week – I have been traveling on business in Germany but have a moment now to catch my breath and finally post this recipe! In the spirit of ancient Rome, I salute you as first amongst equals with the age-old acronym of SPQR – SPQR are the initials of the Latin phrase ‘Senātus Populusque Rōmānus’. It means “The Roman Senate and People” or “The Senate and People of Rome”. The phrase refers to the government of the ancient Roman Republic, and the signature continued to be used under the Roman Empire as the symbol the army marched under.

The emperors were considered the representatives of the people, although the decrees of the Senate were dictated by the wishes of the emperor. As an established master of both classical as well as gastronomic history, I hereby Dictate it is time for us to discuss Moretum – the ancient Roman peasant dish that is the ancestor of pesto! Moretum has enough garlic in it to drop Dracula at 20 paces – and I couldn’t be happier, given how much I love the ‘stinking rose’!

So, what is Moretum? The word ‘moretum’ roughly translates to ‘salad’ in latin and the dish is represented in the Roman written record, in the Late Republican and Early Imperial periods, as being a simple, vegetarian meal that is made with a base of cheese, additions of herbs and other greens, and condiments like olive oil or vinegar.

Moretum is made using a common kitchen implement found throughout the Classical Mediterranean: a mortarium, or a mortar. The ingredients are added into the mortar, one by one, pulverized and minced together with a pestle, and formed into a spread or a dip which can then be consumed with bread.

There are several references to moretum in the Classical Roman documentary record: one from a poem in the Appendix Vergiliana and a few more from the agricultural writings of Columella (4 BC-70 AD). This post’s moretum recipe comes from our good friend Columella and his aforementioned writings entitled De Re Rustica (On Agriculture) written in circa 60/65 AD. It’s a great place to start on the moretum scale of complexity as this recipe is the most basic version documented. It’s mild, creamy and the herbs give it a fresh, summery flavour.

So who is Columella? Lucius Junius Moderatus Columella (4 BC-70 AD) was a respected Roman farmer and a writer who, like Cato, left a great deal of information in the documentary record about early Roman-era farming, agriculture and animal husbandry. Columella was a provincial Roman, born in Hispania Baetica (Spain), who also held farm estates in Italy.

While he documented information on farm-management, Columella also provided a great deal of insight into pastoral food-preparation practices through basic recipes in his writings titled De Re Rustica (65 AD).

In his writings, De Re Rustica (60/65 AD), Columella tells us to prepare Moretum like so:

From this passage we can read the following when translated into English:

“Put into a mortar savory, mint, rue, coriander, parsley, chives or green onion, leaves of lettuce, rocket, thyme and catmint, and fresh (new) cheese and salt. Mix thoroughly and mix in a little pepper. All these measures were ground in a like manner; this mixture is served with a little oil on the top.”

Citizens, my recipe for moretum is based on the Columella version as interpreted on tavolamediterranea.com, but with my own touches and modifications. For one thing, I do not call for rue, the bitter herb well-favored amongst the Romans but dangerous to eat – I have substituted some arugula or dandelion greens in its place. I prefer a thick yet still creamy moretum, and my choice of cheeses enables this quite nicely.

This is truly a recipe for the ages – tell your guests they are enjoying the ancient ancestor of pesto and prepare yourself for many compliments indeed – and a killer case of garlic breath! I might counsel (that’s a bad Roman pun, i’m sorry but I couldn’t resist…) serving this with Roman ‘hamburgers’ as noted in the recipe here.