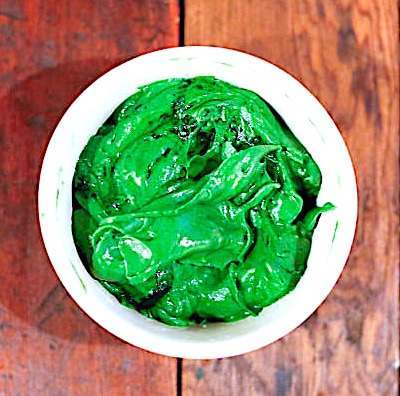 Citizens – it is an obdurate fact of adamantine hardness that members of TFD Nation do not just eat to live, but rather live to eat and to fully enjoy the pleasures of the table. It is also a fact of singular interest that certain recipes go beyond intoxicating flavors to be intoxicating to the mind as well.

Yes, I’m talking about recreational drugs incorporated into cuisine – specifically, the use of Cannabis (or its more potent form of hashish) into the most ancient of recipes from cultures ranging from India, the Middle East, Africa, Asia and the Caucasus. TFD has shared several ancient recipes incorporating cannabis, including majoun from Morocco and bhang from India.

First things first – in no way, shape or form is the law-abiding Presence known as TFD advocating that you try this recipe if recreational or medical Marijuana is illegal in your jurisdiction!

If you are in Canada or one of the 33 States in the U.S. where you are allowed to possess and consume this drug – congratulations, you can now sample a recipe of the most hoary antiquity that TFD has brought back to the Modern Age!

Dawamesk was a greenish jam served from a crystal vase on Japanese saucers with silver spoons to the patrons of the Parisian Club des Hashischins. It first met in 1844 at the Hotel Pimodan designed by architect Louis le Vau (Palace of Versailles), now the Hotel de Lauzun. The 17th century hotel particulier (private mansion) is located in the 4th on Ile Saint-Louis at 17, Quai d’Anjou. Guerlain Dawamesk perfume is said to be inspired by what the “greenish jam” tasted like.

‘Dawameska’ is in fact the Algerian Arabic word for hashish!

Members reported that the Dawamesk hashish looked like jam or marmalade. There is no one canonical recipe for this, but it usually contains a mixture of hashish, clove, nutmeg, cinnamon, orange juice, butter, pistachio, sugar or honey – and sometimes cantharides (Spanish fly).

So – let’s start off with an historical lesson that takes us to 19th Century France, where the most avant garde writers and aesthetes were experimenting with Cannabis in the most civilized way imaginable.

Alexandre Dumas, the author of ‘the Count of Monte Cristo’ actually described the very dish you are reading about today and which he himself indulged in! This scene from the novel that i am about to share  fired my imagination as a child, as it was rich and rampant with Arabesque trappings and opulence – I quote it and the following data as excerpts from an incredibly scholarly and fascinating article found at https://mikejay.net/the-green-jam-of-doctor-x/:

In a pivotal scene of Alexandre Dumas’ The Count of Monte Cristo, the young adventurer Franz d’Epinay visits the apparently deserted island of Monte Cristo on a hunting expedition. There he stumbles upon a band of smugglers who lead him, blindfolded, to a secret cave where their leader lives in Oriental splendor under the nom de guerre of ‘Sinbad the Sailor’.

Sinbad – whom we may already suspect is the Count of Monte Cristo in disguise – serves him a sumptuous feast, followed by a small bowl of pungent greenish paste. ‘What is this precious sweetmeat?’, asks Franz.

In reply, Sinbad tells him the story of Hassan-i-Sabbah, the Old Man of the Mountain, the leader of the Assassin sect during the Crusades, who recruited his followers by feeding them a drug that ‘would take them into Paradise’, after which they would ‘obey his orders like those of God’.

His guest recognizes the story. ‘In that case’, he exclaims, ‘it’s hashish’.

It is, Sinbad confirms, ‘the best and finest hashish from Alexandria’. ‘Nature wrestles with this divine substance’, he continues, ‘because our nature is not made for joy but clings to pain. Nature must be defeated in this struggle, reality must follow dreams; and then the dream will rule, will become the master, the dream will become life and life will become a dream…Try some hashish, my friend! Try it!’

Dumas’ scenario reflects his childhood immersion in The Arabian Nights, in which hashish-eating beggars are prone to imagine their hovels transformed into palaces; but it was also drawn from a more direct source.

In 1845 the painter Fernand Broissard wrote mysteriously to Gautier inviting him to a private gathering in the lavishly-furnished upper rooms of the Hotel Pimodan on the Île de St. Louis, where Broissard lived. ‘Hashish will be taken’, he announced, ‘under the auspices of Moreau and Aubert-Roche’ (of whom more later). ‘Arrive between 5 and 6 at the latest. You will have your share of a light dinner and await the hallucination’.

Gautier narrates from the perspective of a trembling neophyte making his way through the foggy winter night to the ‘half-worn, gilded name of the old hotel, the gathering-place for the initiates’.

He raps the carved knocker, the rusty bolt turns and an old porter points the way upstairs with a skinny finger. The first figure he encounters is a mysterious master of ceremonies, ‘Doctor X’, who spoons a morsel of green jam onto an elegant Japanese saucer and profers it to the novice with the blessing: ‘This will be deducted from your share in Paradise’.

The ‘jam’ – an Egyptian preparation known as dawamesc, hashish mixed with dried fruit and candied nuts to offset its bitterness – is washed down with Turkish coffee and a feast begins: a beggar’s banquet served in Venetian goblets, Flemish jugs, porcelain and flowered English crockery, no two pieces alike.

The other guests are a flamboyant bohemian crew, complete with beards, medieval poignards and Oriental daggers. Gautier notices the drug’s derangement of his senses beginning with taste: ‘the water I drank seemed the most exquisite wine; the meat, once in my mouth, became strawberries, the strawberries meat’. His companions become distorted creatures with pupils ‘big as a screech owl’s’ and proboscis-like noses. Once dinner is over, the cry goes up, ‘To the salon!’.

The salon is – as the upstairs suite of the Hotel Pimodan remains today – ‘an enormous room of carved and gilded panelling, a painted ceiling whose friezes depicted satyrs chasing nymphs through the grasses…

Here, one inhaled the ‘luxurious airs of times gone by’. Slowly it fills with fantastical figures ‘such are found only in the etchings of Callot or the aquatints of Goya’, a ‘bizarre throng’ that plunges Gautier into a series of visions, hilarious and grotesque, interrupted by a piano recital that sends him into raptures, at first ecstatically soulful and then nightmarish, with demonic forms taunting him as he tries to escape but finds his movement slowed to a snail’s pace by an unseen force.

The narrative reaches a climax with gigantic courtyards, classical monsters and the Funeral of Time before the clock indicates eleven, normal time is reborn and normal consciousness resumed, and the stunned initiate finds his carriage waiting for him in the street below.

The issue is that recipes for Dawamesk are incredibly rare and hardly ever give proportions – in the interest solely of science and preservation of the culinary historical record – TFD can now bring you His own version of this ancient recipe, spiced lavishly and worthy of your most decadent feast with friends of a suitably æsthetic turn of mind.

I cannot stress enough that Dawamesk is POWERFUL STUFF – keep it safely away from children and pets, start with a VERY SMALL amount and after an hour, you can try increasing the amount you eat to obtain the desired effect.

I have made the ancient recipe my own, and I am confident you will love the TFD magic that is now inherent in this recipe.

Since Dawamesk was described as jewel-like, I have added sparkling green sugar crystals as a garnish to give it the apropos emerald appearance – get it here. I have also spiced it to my liking and use a hashish-laced coconut oil instead of butter to improve the flavor and also keep the cannabis oil from going rancid, which can happen with butter.

My recipe calls for the ultimate pistachio paste – straight from Sicily, you can buy it here. I’ve also added in a hit of Bulgarian rose essence, which you can find here and a superb orange extract, which you can buy here. An excellent quality Ras-al-hanout is also added to give a complexity of spicing not found in the original recipe – use my recipe or buy it pre-made here.

Please also note that the amount of hash required to make this full recipe is ruinously expensive and the quantity it makes as is would get an entire club of people high as a kite – you should probably ¼ this recipe or even divide it by 8 to keep the cost reasonable. I cannot emphasize strongly enough how intoxicating this dish is – start with a teaspoon, NO MORE. An enraged bull moose would be rendered insensate by this recipe – so don’t mess around with it!

So please – indulge legally, indulge responsibly and by all means – INDULGE if you can meet these criteria, !