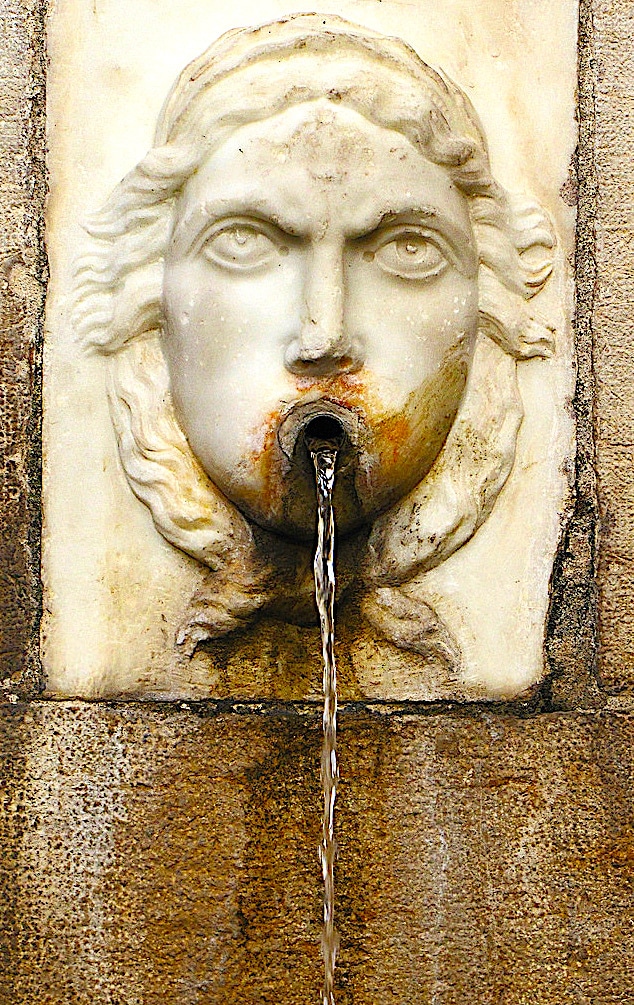 My Citizens, your beloved Generalissimo must warn you – this post has several disgusting videos, at least one of which involves a lot of profanity, most of which involve projectile vomiting. YOU HAVE BEEN WARNED!

Citizens, the globetrotting despot – YOUR TFD! – has an open mind and an empty stomach (to quote the Chairman of Kitchen Stadium in Iron Chef America!) and has traveled the globe seeking out the finest of world cuisine! However, even I have my breaking point, and I would like to share the 5 ingredients that make even my iron-shod constitution turn to gibbering madness.

With that unpleasantness purged from my system – here are the top 5 items on TFD’s personal nasty scale!

Ironically, they are all from cultures that I both admire and respect – this is no insult to their food, people or ideals – it’s just my personal taste here, folks!

Without further ado…PREPARE YOUR MINDS, BODIES AND SOULS!

Nattō (なっとう or 納豆) is a traditional Japanese food made from soybeans fermented with Bacillus subtilis var. natto. Some eat it as a breakfast food – I run screaming in the opposite direction. The reason is not the taste, but the texture – both slimy and with long, snot-like filaments that are just too much for me to bear.

A (probably apocryphal) story about its creation was that in Edo (Tokyo) of the last century, a soybean merchant’s apprentice forgot to properly store a bag of soybeans, which had turned “rotten”. As punishment, the harsh merchant forced his hapless assistant to eat the sticky, slimy result. When he didn’t die as expected, but was in fact cured of a lingering illness, the enterprising merchant sold the now deliberately left-to-rot beans as a health food.

It remains popular in Tokyo to this day, though it is by no means beloved in Japan outside that city.

This is another textural nightmare – lutefisk has the texture of vaseline, the taste of cod and a mere whisper of lye in the aftertaste.

Lutefisk is made from aged stockfish (air-dried whitefish) and lye (lut). It is gelatinous in texture and its name literally means “lye fish”.

It is traditionally part of the Norwegian julebord but is rarely eaten in Norway today, though it is still a staple amongst Norwegian-Americans for Christmas.

The first step in eating this piscine horror is soaking the stockfish in cold water for five to six days (with the water changed daily). The saturated stockfish is then soaked in an unchanged solution of cold water and lye for an additional two days. The fish swells during this soaking, and its protein content decreases by more than 50 percent, producing a jelly-like consistency.

When this treatment is finished, the fish (saturated with lye) is caustic, with a pH of 11–12. To make the fish edible, a final treatment of yet another four to six days of soaking in cold water (also changed daily) is needed. Eventually, the lutefisk is ready to be cooked.

As eloquently stated on worldatlas.com:

One’s man’s trash is another man’s treasure. This is perhaps never more than case than with one unforgettable dish in traditional Icelandic cuisine, the decomposed shark carcass known as “hákarl”.

As a heads up, upon first encountering hákarl, one should expect a full-on assault of the nostrils from a putrid smell that is reminiscent of rotten cheese mixed with ammonia. If one survives the gag-inducing smell, he or she may feel brave enough to try and sample this fermented shark flesh.

This is highly discouraged for outsiders, however, if one dares to be so bold, he or she must be sure to prepare to torture the taste buds by consuming what is perhaps the most unimaginable, rancid thing on planet Earth.

Sound appetizing? Maybe not to outsiders; yet, to many Icelanders, it’s a different story.

Icelanders are a people with a great pride and deep-seated traditions.

When their Viking forebears settled the island centuries ago, Greelandic shark, which is abundant in the icy waters of the North Atlantic, became the main staple of the island. The problem with the Greenland shark, other than the fact that it is fairly ugly, is that the meat is toxic to humans.

At the time, it was one of the only sources of nourishment for the island’s small population, so to conserve as much food as possible, the resourceful Vikings developed a preservation technique like no other to purify the poisonous shark meat.

How Is It made?

Kæstur Hákarl, or hákarl for short, is prepared through a time-honored process. The same process used in Viking times is still used today.

First, the shark is beheaded.

Then, to eliminate poisons such as trimethylamine oxide and uric acid (a compound found in urine), a shallow hole is dug in the sand and the hákarl is placed in it with stones, sand, and gravel placed on top. The pressure of the stones causes liquids to seep out over a period of 6-12 weeks, a time frame that allows the shark to ferment properly.

After this, the fermented shark – which is 24 feet long on average – is taken out of the ground, cut into long pieces and hung up to dry for several months.

Many hákarl preparers claim they know the meat is ready just by the smell and once a characteristic dry, brown crust forms. When the time is right, the pieces are taken down, the crust is removed and the meat is cut into slices and served and enjoyed by many.

Today to get hákarl, you don’t need to bury your own shark, it can be purchased as a prepared food in Icelandic grocery stores.

I ate this on my honeymoon in Iceland – it’s a difficult one, no question about it!

This one is just nasty, no disrespect intended but it’s how I feel about eating a developing bird embryo (usually a duck) that is boiled and eaten from the shell.

The Tagalog and Malay word balot means “wrapped”. The length of incubation before the egg is cooked is a matter of local preference, but generally ranges between 14 and 21 days.

The eating of balut is controversial due to religious, animal welfare, and human health concerns.

The contents are eaten directly from the shell. Balut that are incubated for longer periods have well-developed embryo and the features of the duckling are recognizable. The partially-developed embryo bones are soft enough to chew and swallow as a whole. The mallard duck (Anas platyrhynchus), also known as the “Pateros duck”, is considered to be the most important breed for egg production to make balut.

Balut is a common street food in the Philippines and other localities, and is also sold in stores and malls. It is a relatively cheap source of protein and calcium.

Balut was introduced to the Philippines by the Chinese around 1885 and since then, balut has been included as a traditional part of the culture. Wherever Filipinos migrated for work, a large market for balut would develop. Controversies arose as knowledge of the food spread around the South East Asian countries and then globally. People questioned the ethics of eating balut.

Traditionally, the fertilized eggs are incubated in the sun or buried in sand, and stored in baskets to retain warmth.

The duration of egg incubation is a matter of local preference. In the Philippines, balut is generally incubated for 14 to 18 days before being boiled for consumption. At about 14 to 16 days of incubation, the embryo floats on top of the egg white and yolk, and the balut is called “mamatong”. The ideal balut is said to be 17 days old. Some men prefer to eat an embryo that is much more developed, “…so that it looks gross, because that is a way to prove your manhood.”

DEFINITELY not a fan.

and – drumroll please! – #1 on the awful scale is…Surströmming – Sweden

This is – BY FAR – the most repulsive thing I’ve ever eaten.

In actuality, it is the diet of the damned in the 9th Circle of Hell!

How bad is it? Let me tell you…

Surströmming is now actually banned from all commercial air flights, when someone popped open a can on an SAS flight out of Stockholm with a smell so putrid, so foul, so miasmically toxic that the plane had to taxi back to let the uncontrollably vomiting passengers off. The plane was actually decommissioned as a biohazard when the smell proved impossible to remove.

During the production of surströmming, just enough salt is used to prevent (in theory) the raw herring from rotting. A fermentation process of at least six months gives the fish a characteristic strong smell and somewhat acidic taste. According to a Japanese study, a newly opened can of surströmming has one of the most putrid food smells in the world, stronger than similarly fermented fish dishes such as the Korean hongeohoe or Japanese kusaya.

At the end of the 1940s, producers lobbied for a royal ordinance (Swedish: förordning) that would prevent incompletely fermented fish from being sold. The decree forbade sales of the current year’s production in Sweden prior to the third Thursday in August. While the ordinance is no longer on the books, retailers still maintain the date for the “premiere”.

That’s it, Citizens – now you know and knowing is half the battle! 😉