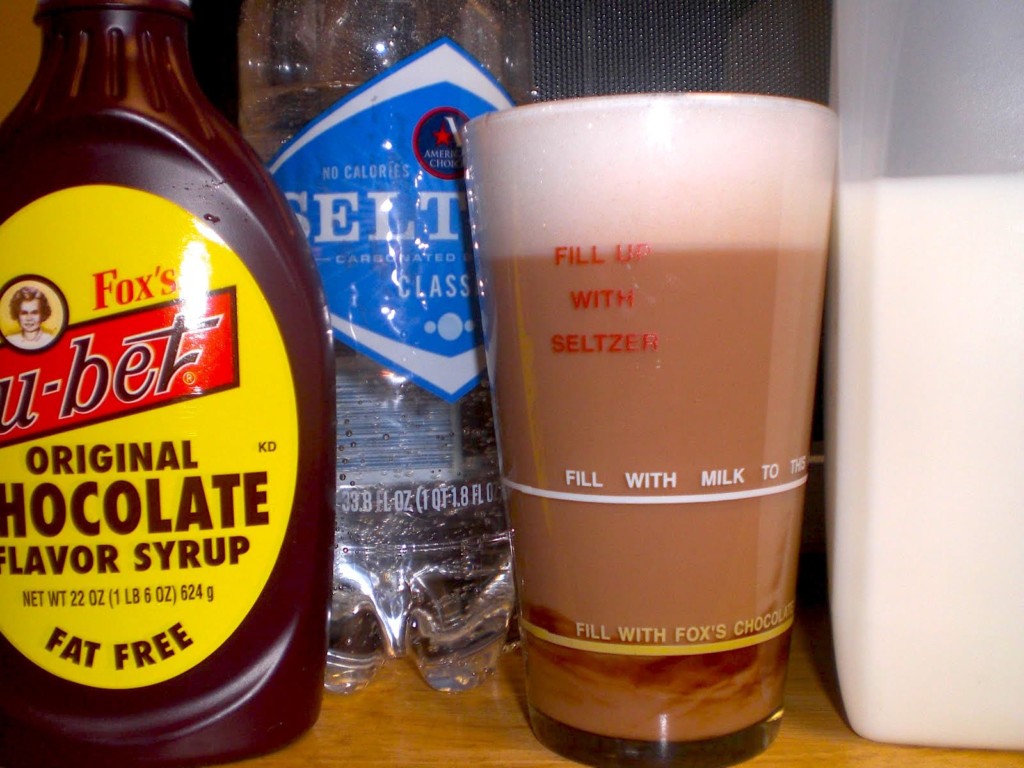 Citizens, if you know what an egg cream is, you are obviously a fellow New Yorker! Probably born and raised in Brooklyn, the greatest borough of NYC, as TFD himself was and he proudly salutes you!

If you think this legendary drink has egg and cream in it – you are not from one of the five boroughs of perhaps the most famed city on Earth. Be assured, TFD loves all his Citizens equally and delights in sharing his passionate love for the city that never sleeps.

This ironically-named delicious drink – a staple of local diners from Brooklyn to Staten Island – has neither egg nor cream in it.

The following excellent summary of the egg cream is from Imbibe Magazine:

The sweet, frothy combination of bubbly seltzer, frosty cold milk and sugary chocolate syrup explains the enduring appeal of the egg cream. But the true origin of this classic American drink remains a delicious mystery.

One theory is that in the 1880s, Yiddish theater pioneer Boris Thomashevsky asked a New York City soda fountain to reproduce a drink he had discovered in Paris, but the French chocolat et crème got lost in translation. Others say the name is an Americanization of echt keem, Yiddish for “pure sweetness,” and some suggest it’s simply Brooklynese for “a cream.”

The most common story is that sometime in the 1890s, candy shop owner Louis Auster concocted the drink by accident. It’s said he sold thousands a day. But when Auster refused to sell the rights to the drink to an ice cream chain, a company executive called him an anti-Semitic slur and he vowed to take the formula to his grave. Without Auster’s special syrup, other soda fountains relied on a Brooklyn original: Fox’s U-bet chocolate syrup, containing water, sugar, corn sweeteners, cocoa and some “secret things.”

“The egg cream,” says Marty Markowitz, Brooklyn borough president and host of the 2002 Great Brooklyn Egg Cream Extravaganza, “has been Brooklyn’s official elixir since the 1920s. Although it has evolved to complement the extraordinary diversity of the greatest borough in the world, Fox’s U-bet chocolate syrup, milk and seltzer from the bottle hitting the spoon at just the right angle to produce a beautiful, white head will always be Brooklyn to the last sweet gulp.”

To this day, the classic concoction is served at the Gem Spa newsstand in Manhattan’s East Village (Second Avenue and St. Mark’s Place), or often paired with the world’s best tuna sandwich at Eisenberg’s Sandwich Shop (Fifth Avenue at 22nd Street).

Citizens – try this legendary elixir made my way, the only proper way, and you will know the hidden and sweetly delicious truths of this NYC classic!

Add
49shares
TFD uses cookies and we comply with GDPR so you control your personal info! If you continue on, we will assume you are happy with this, Citizen! OkNoRead more