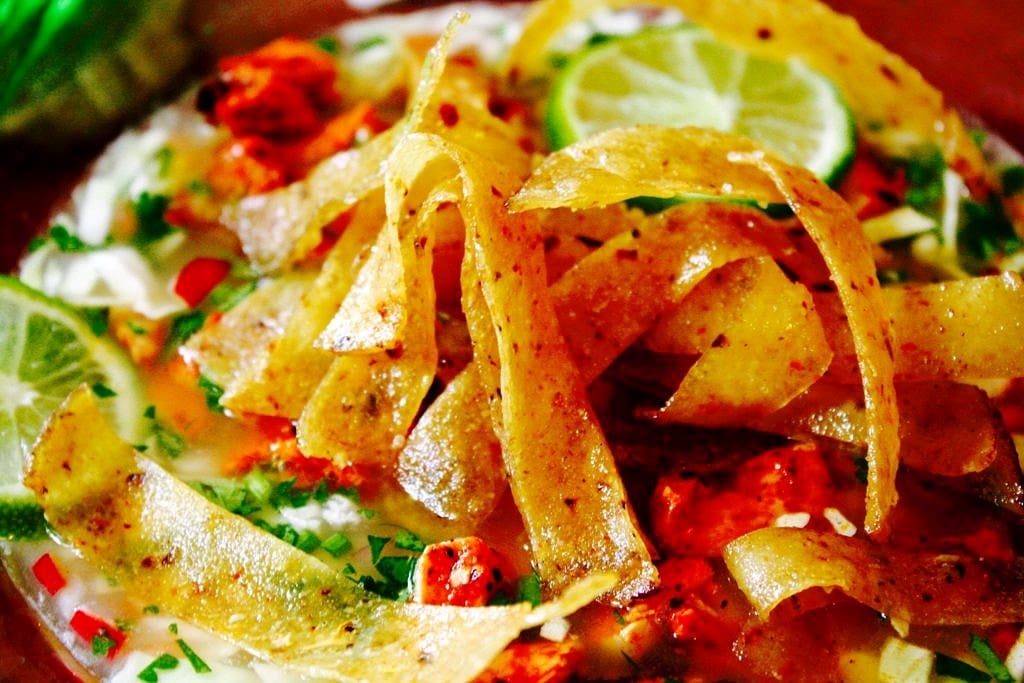 My wife lived on the Yucatan peninsula of Mexico for four years and is a connoisseur of all things Mayan. She is extremely fond of Sopa Di Lima (Lime Soup) which is traditionally made not with chicken, but the native turkey. Chicken is an adaptation for non-Yucatanian chefs with easier access to these birds, but I still think it is best made with turkey stock and turkey meat.

Lime soup is a traditional dish from the Mexican state of Yucatan, which is made of chicken or some other meat such as pork or beef, lime juice and served with tortilla chips. This dish was originally created by the Mayans and with the passage of time has evolved to take its present form.

Lime soup is a traditional dish from Yucatan. Traditional Yucatan cuisine has its origins in the Hispanic and Mayan culture. The combination of meat from animals brought from Europe, the spices, and cooking methods and preparation of multiple local ingredients, resulted in many dishes such as the lime soup.

The lime soup as it is known was first created in 1946 by the master called Katún (means “warrior” in Mayan language). Today it is considered as one of the most representative soups of Yucatan.

If you’ve ever tried this at a chain Mexican restaurant made with bland chicken stock, a few tired slices of aged lime and some limp vegetables, blot that travesty out of your mind!

Sopa di lima is a Mayan dish that should include turkey stock flavored with many herbs and spices, roasted hot peppers, roasted tomatoes, fried tortilla strips and – of course – limes and lots of them. Recipes vary between families, this is mine.

Yucatanian limes are similar to key limes, but I’ve adapted my recipe to use the easier to find Persian limes that are commonly found across the U.S. That is my only concession – everything else in my sopa di lima recipe is as authentic as it gets, Citizens (and my wife agrees!). 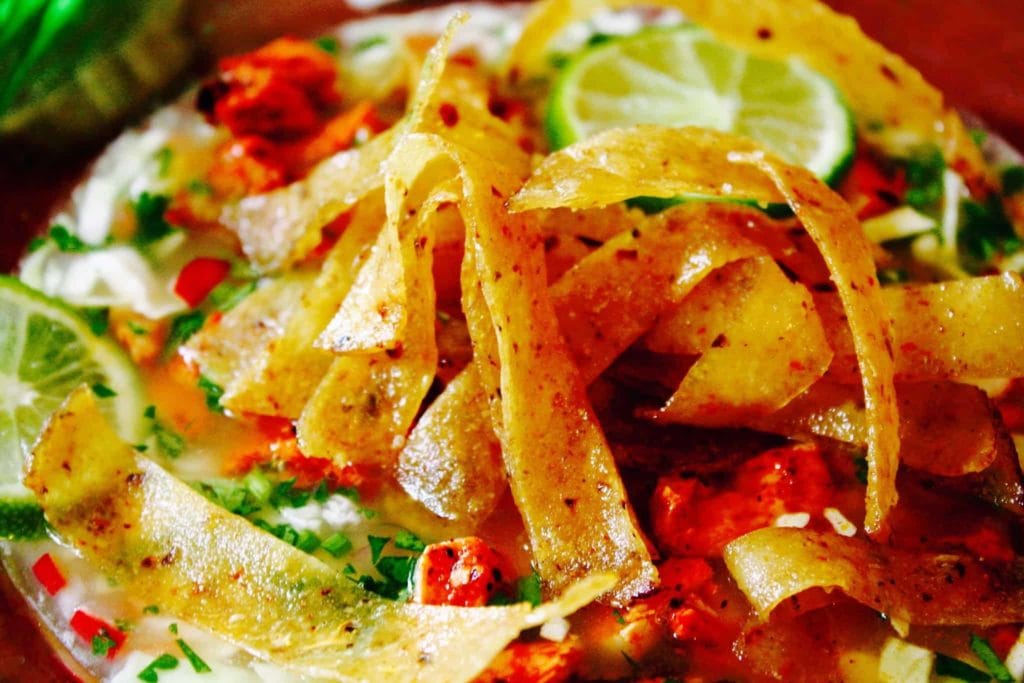