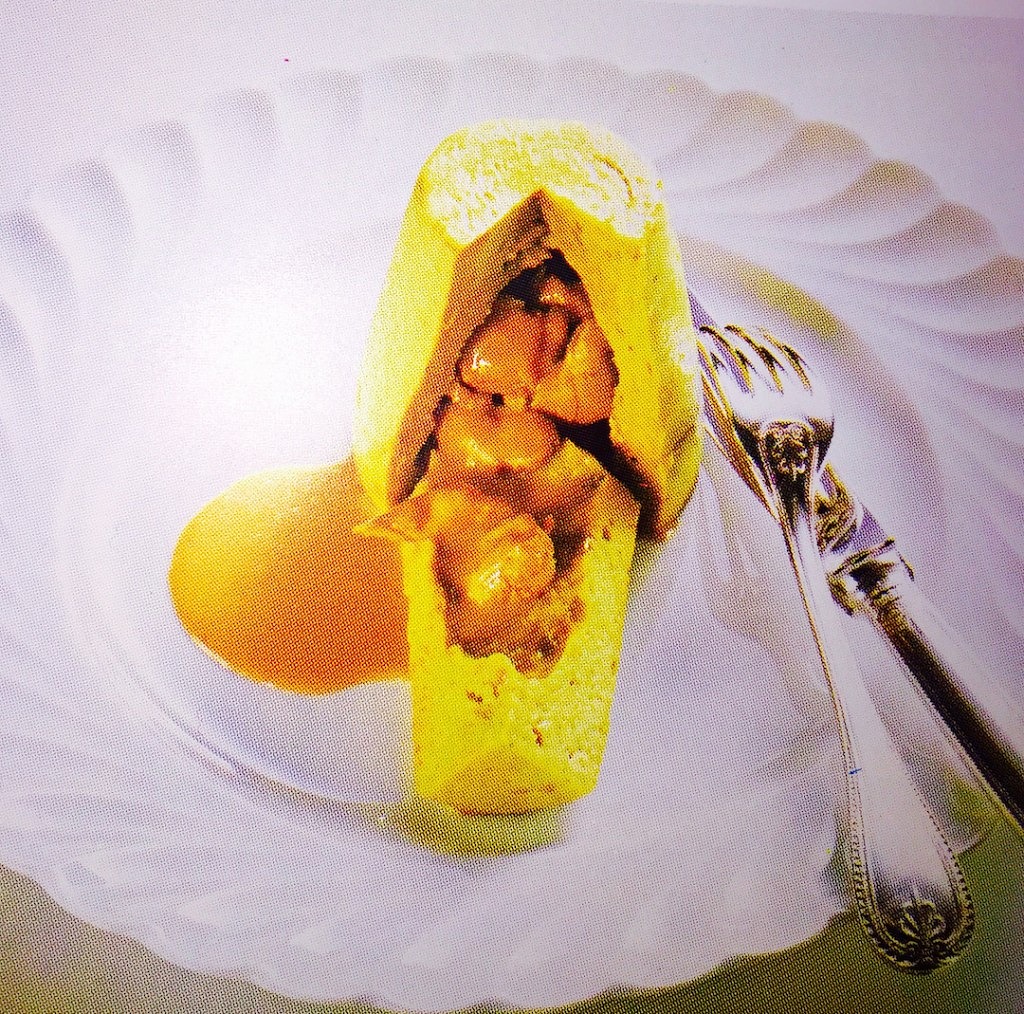 Citizens – as you know, I always strive to bring back authentic recipes of true nuanced flavor to your table.

There is an old-world elegance that pates and terrines bring to a meal, especially when homemade. Of these, there is a sub-group called timbales which are actually very easy to make and add the true Gilded Age touch to any dinner as an appetizer portion.

They are baked in a timbale mold (available at any kitchen supply store) or a small cup and only take minutes to prepare, once you have all the ingredients in place.

In cooking, timbale – derived from the French word for ‘drum’ – also known as Timballo, can refer to either a kind of pan used for baking, or the food that is cooked inside such a pan.

Timbale pans can be large (such as that used to bake a panettone), or they can be small enough to be single-portion (like a tartlet pan). Timbales typically narrow toward the bottom. Bundt pans, angelfood cake pans, and springform pans can be substituted for purpose-made timbale bakeware.

As a dish, a timbale is a “deep dish” filling completely enclosed in a crust. The crust can be sheet pastry, slices of bread, rice, even slices of vegetable. Sartu di Riso is a rice crust timbale. Timballo di Melanzana uses overlapping strips of eggplant.

The filling can be a wide range of pre-cooked meats, sausages, cheeses, vegetables, and shaped pastas combined with herbs and spices and red or white “gravy”, thickened with breadcrumbs if necessary. The assembled dish is then baked to brown the crust and heat the filling to serving temperature.

This recipe for Pistachio Timbale with Sautéed Pheasant – Timbale de pistaches au sauté de faisan – is one of my favorites and comes from one of my most treasured old cookbooks designed for professional chefs.

Titled simply “Pates and Terrines”, it is co-authored by Friedrich W. Ehlert with 3 other chefs of the most accomplished European traditions and dates back to 1984. If you ever see it in a used bookstore – buy it!

Enjoy, my Citizens – and remember that you can usually buy top-quality wild pheasant from D’Artagnan!