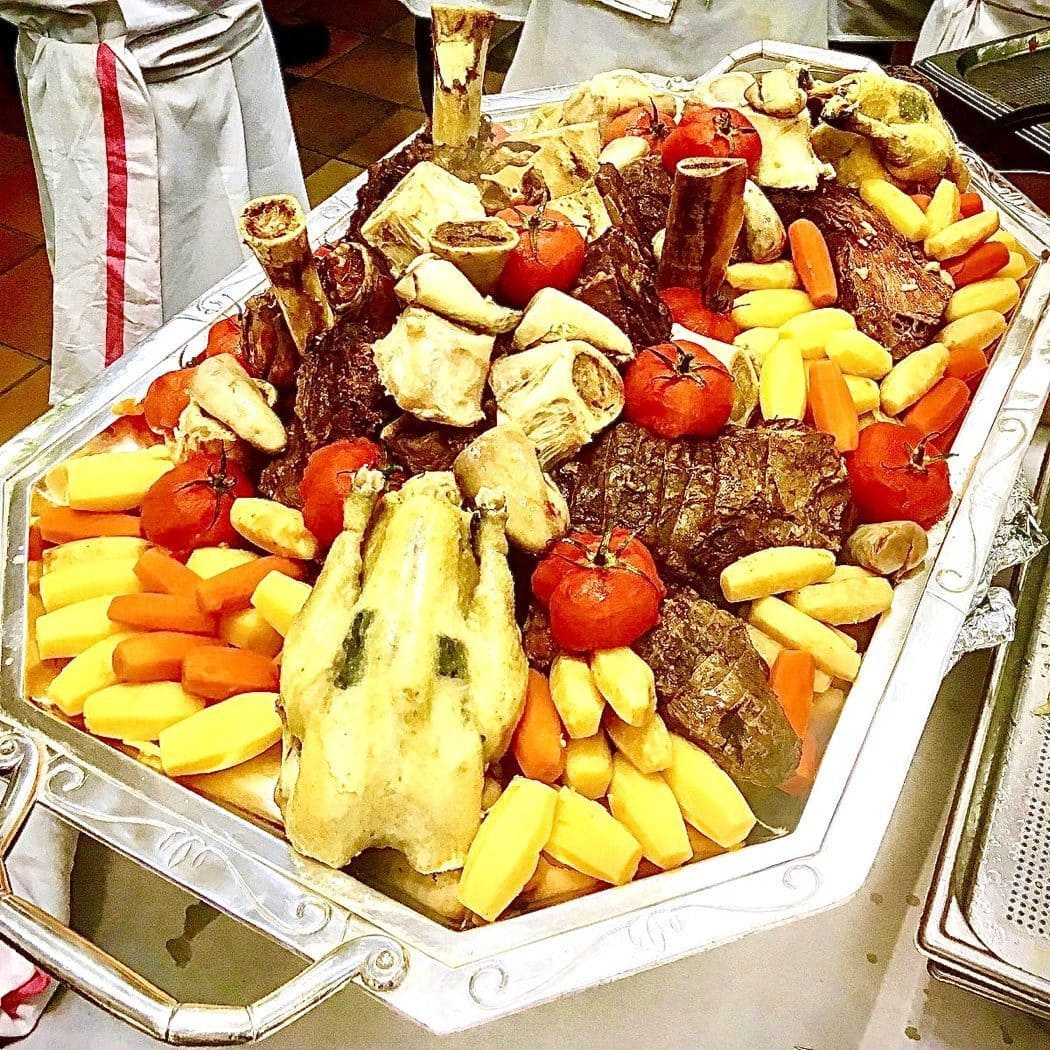 Citizens! The moment of prophecy is nigh – the stars have whirled into their ultimate alignment, the lion has laid down with the lamb and the 4th Heavenly Host prepares to march into battle against the forces of darkness – oh, and yes, it’s also time to share one of the oldest of old-school French recipes with you! I speak of nothing less than the O.G. of stews, the legendary feast that is pot-au-feu!

Now, if you speak French you know that ‘feu’ is properly pronounced (feuh), which is exactly the same way you should properly say the Vietnamese word for beef soup, known as pho. Why the similarity? Simple – because pot-au-feu is the ancestor of Vietnamese pho, which was created when the French were occupying the country!

As noted in GREAT CHEFS OF FRANCE, by Anthony Blake and Quentin Crewe (Published 1978):

Pot-au-feu (“pot on the fire”) is a French beef stew. According to legendary chef Raymond Blanc, pot-au-feu is “the quintessence of French family cuisine, it is the most celebrated dish in France. It honours the tables of the rich and poor alike.”

It is difficult to know when the name pot-au-feu first appeared and when its meaning changed to describe the dish instead of the pot in which it is cooked. While pot was used to describe the rounded pot to cook on the fire at least since the 11th century (even in English) there seems to be no written trace of pot-au-feu until 1673.

In 1600, King Henry IV of France (1553-1610) declared, “I want no peasant in my kingdom to be so poor that he cannot have a poule au pot on Sundays.” Poule au pot literally means “chicken in the pot” and the so-called traditional recipe resembles the one of “pot-au-feu”.

However, peasants’ food was mainly based on bread (c. 500 g/day), root vegetables, in-season vegetables and soup. They rarely ate meat except salted pork, hog-grease, bacon, or other meat, whether it was during religious celebrations or when they dared to poach game from their lord’s land. For people living in towns, it was easier to buy inexpensive pieces of meat, which needed long cooking times.

The method of cooking all food together and for extended periods of time (the whole day sometimes) gave what was called a “pot-pourri” in French and imported into English in the early 17th century.

The relation between pot-pourri and pot-au-feu was attested in 1829 in the Etymologic dictionary of the French language: “Pot pourri. The name our fathers gave to the pot-au-feu”.

The cuts of beef and the vegetables involved vary, but a typical pot-au-feu contains:

Cooking cartilaginous meat in the stew will result in gelatin being dissolved into the broth. If the stew is allowed to cool, the broth may turn into a jelly. Allowing the stew to cool also allows the removal of excess fat, which floats on the surface and solidifies.

In order to give the broth a slightly smoked taste and its typical brown color, onions are cut in half then charred in a frying pan protected by aluminum foil until the onion’s surface is completely black. The cloves are driven into the onions so that both onions and cloves can be removed easily before serving.

The pot-au-feu is a traditional dish of a variety of meats cooked with vegetables and water. It originates from the days of cooking over an open hearth. Bocuse, with his love of cooking on an open fire, has given the following recipe for stew, suitable for twelve people for at least two meals.

Now as to the unmatched chef who alone was Paul Bocuse…: 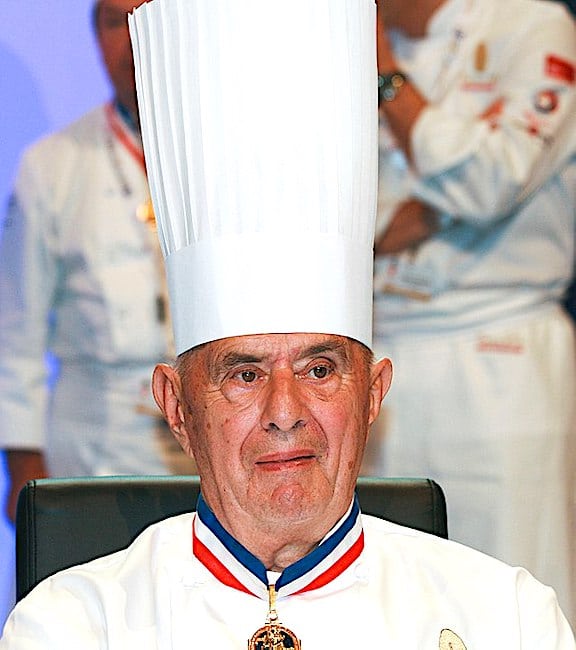 Since 1987, the Bocuse d’Or has been regarded as the most prestigious award for chefs in the world (at least when French food is considered), and is sometimes seen as the unofficial world championship for chefs. Bocuse received numerous awards throughout his career, including the medal of Commandeur de la Légion d’honneur. The Culinary Institute of America honored Bocuse in their Leadership Awards Gala on 30 March 2011. He received the “Chef of the Century” award. In July 2012 the Culinary Institute of America announced in the New York Times that they would change the name of their Escoffier Restaurant to the Bocuse Restaurant, after a year-long renovation.

Citizens, the great Bocuse is sadly no longer amongst us, but his spirit lives on in the many recipes he created at his 3-star Michelin restaurant in Lyon – and this is one of his great classics! That said – I *AM* The Food Dictator and I would dare to tweak ANY recipe, even one from the superlative Bocuse himself! My changes to the recipe are listed in the text below – be advised this serves at least 12 people and deserves to be served on your finest china and with your best silverware! Anything less will invoke the irate spirit of the masterful Bocuse to haunt your nightmares and will invoke MY wrath for disrespecting his mighty legacy. 😉

As a proper source for the best beef raised on grass I know, I endorse Painted Hills Natural Beef which you can find here.

I would serve this with a starter of snails with the classic French snail butter, personally.