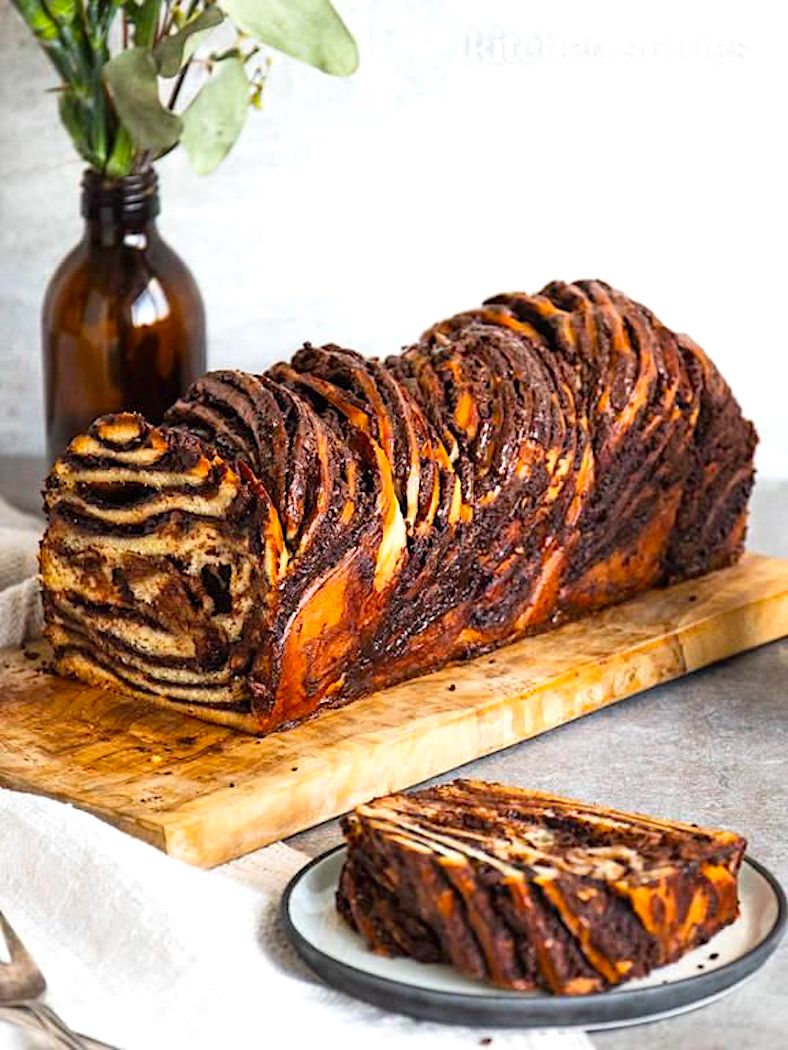 Citizens – I have a deep and heartfelt confession to make, and it is not an easy one for me to share publicly. Despite being a proud, Brooklyn-born Jew – replete with nearly stereotypical Jewish behavior like hanging out with Lubavitcher Chassids (ultra-orthodox Jews) in Crown Heights and eating at practically every deli in 3 boroughs (Brooklyn, Manhattan and Queens) – I have always hated babka, that iconic dessert of NYC’s Jewish delis.

Babka was even referenced in the iconic Seinfeld episode “The Dinner Party.” Jerry and Elaine stop at Royal Bakery to purchase a chocolate babka (because they have taste – chocolate is the best!) while Kramer and George go to buy wine. Unfortunately, Jerry and Elaine forget to take a number at the counter. As a result, David and Barbara Benedict, a couple on their way to the same dinner party, get ahead of them on line and purchase the last chocolate babka. Jerry and Elaine resort to purchasing a cinnamon babka, which Elaine considers a “lesser babka” (TFD anecdote – she’s right).

I can’t really be blamed for my intense dislike of babka though – many babka sold in stores are so dried-out and desiccated it looks like they were made when Jews labored under Egyptian bondage and preserved to remind us of the gastronomic terrors of millennia past. Plus, many babkas in NYC – even the chocolate ones – include a large dose of cinnamon, a spice I really loathe when overused. However, TFD is never shaken (merely stirred on a regular basis) by these qualms – my quest was clear: I would make a babka worthy of TFD and in fact all of TFD Nation and that is EXACTLY what I have given you today!

For the record – a babka is a sweet braided bread or cake which originated in the Jewish communities of Poland and Ukraine.

It consists of either an enriched or laminated dough; which are similar to those used for challah, and croissants respectively, that has been rolled out and spread with a variety of sweet fillings such as chocolate, cinnamon sugar, apples, sweet cheese, Nutella, mohn, or raisins, which is then braided either as an open or closed plait, topped with a sugar syrup in order to preserve freshness and make the bread moister. It is sometimes topped with a streusel topping and is popular in Israel and throughout the Jewish diaspora – but has become an iconic dessert of New York City Jews.

Babka developed in the Jewish communities of Eastern Europe in the early 19th century. Extra challah dough was rolled up with fruit jam or cinnamon and baked as a loaf alongside the challah. Chocolate was not originally used, as it was not generally available; the chocolate babka was likely a mid-20th century American development. Its name (though not necessarily the dish itself) may be related to a type of Easter cake popular in Poland and western Ukraine known as baba or the diminutive babka, which means ‘grandmother’ in Polish, related to the Yiddish ‘bubbe’.

Although the Polish and Ukrainian babka are mutually eponymous with their Jewish counterparts, the appearance and preparation of each babka is drastically different. The Eastern European babka draws its name from its tall, stout, fluted sides formed in a traditional pan, and reminiscent of a grandma’s skirt. In comparison, the variant introduced to Western culture by émigrés to New York consists of strands of rich yeasted dough interwoven and baked in a loaf tin.

The roots of the traditional Slavic babka go back many centuries, with historian and food writer Lesley Chamberlain suggesting that it was a vernacular adaptation of the Italian pannetone, imported by the Queen of the Kingdom of Poland, Queen Bona Sforza. Another theory suggests that babka is endemic to Ukraine, where it is an ancient symbol of fertility, prominent in the matriarchal system once in place.

Babka was mostly unheard of outside of the Polish Jewish community until the latter part of the 20th century. European-style bakeries started to offer it in late 1950s Israel and in the US. In addition to chocolate, various fillings including poppy seeds, almond paste, cheese, and others became popular, and some bakers began to top it with streusel – a change TFD heartily approves of.

Beginning in the 2010s, the popularity of babka increased across the United States, especially in New York, where a handful of traditionally Jewish-owned bakeries and delicatessens began to sell their own versions of babka, filled with traditional fillings such as cinnamon alongside non-traditional fillings such as Nutella and apples, as well as savory variations. They became well known for their chocolate babka.

The newfound popularity of babka across the United States and Canada among both Jews and non-Jews has resulted in many non-traditional variations filled with such fillings as buffalo chicken, rainbow, everything bagel, and cookie butter, among others – for the record, these are all TRAVESTIES. Babka has also been featured on restaurant menus and in such dishes as french toast, babka ice cream, and babka ice cream sandwiches, among others. Babka has become available at grocery stores across the US, with Trader Joe’s offering their own chocolate version made in Brooklyn.

American-style babka is traditionally made with a dough similar to challah dough and is often topped with streusel, poppy seeds or a crumb topping.

Israeli-style babka is made with a laminated dough, enriched with butter, which is then folded and rolled it multiple times to create many distinct layers, similar to that used for Israeli style rugelach, and also croissant dough. Israeli-style babka is available with a wider array of fillings and shapes. It is most often shaped into a loaf pan, but it is also sometimes made into individual babkas, a pie-shaped babka, formed into a ring shape, or braided and baked free form or formed into individual twists similar to a cheese straw.

For the record – my recipe is for the classic American-style babka, as that is what I grew up with.

Now – to making babka palatable for my palate – the first order of business is to nuke the cinnamon. Sorry, it just doesn’t belong in a chocolate babka IMHO but I have instead substituted spices more congenial to my tastes. Traditionalists should not be too outraged by choices of vanilla and nutmeg, however. Instead of simple vanilla extract, I have instead gone with vanilla paste which has a far more intense flavor and is to my preference. You can buy it here – trust me, it will become your new secret baking weapon!

The best chocolate is critical to this babka and I use my baking favorites throughout the recipe. For the fudge filling – I am VERY particular about this, and it needs to be Guittard 70% dark baking chocolate – you can buy it here. For the chocolate chips – once again, it’s Guittard – specifically, their best! For the cocoa – I insist on only using King Arthur-brand black cocoa which the darkest and richest you can buy – get it here. Fancier chcocolates tend to use South American cacao beans, and honestly they are just too fruity for my palate – I prefer the West African beans used in the products listed above.

As it happens, I also dearly love the deep flavor of chestnuts and it happens to pair PERFECTLY with chocolate in my recipe! I use chocolate to chestnut in a 2:1 ratio – this is by far my preferred brand (be sure you get UNSWEETENED chestnut paste for this recipe!). If you prefer, you can leave it out. I also switched out the grated lemon zest found in the original recipe (which – unsurprisingly – I found on the New York Times cooking app) for grated orange zest – I think it works better.

My last two changes are affectations and I will be the first to admit it – but they are DELICIOUS affectations that you can use as you see fit – they are optional if your blood pressure rises to boiling at atypical babka ingredients. First – as previously noted, a good babka is soaked in a simple syrup of sugar and water to keep it from being dry – but I actually call for adding in a tiny bit of pomegranate juice for tartness and flavor. I also add nutmeg to the simple syrup as well.

For the record – this is the first babka that truly excites me and I hope it excites you as well, my Citizens! Happy Holidays to you and yours and good riddance to 2020, it cannot be gone soon enough!