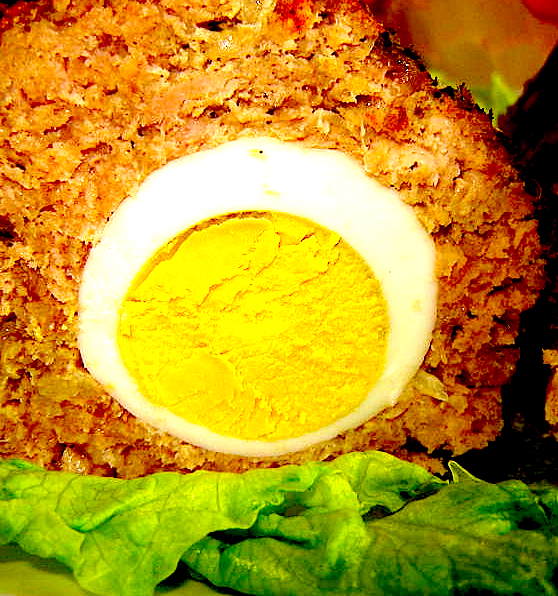 Klops is a very old-school recipe – originally conceived as a meatloaf with an egg in the center of it, a classic peasant dish of Poland and other Baltic countries.

Baby boomers of Polish descent may remember their grandparents making this – it was beautiful sliced, but was also heavy and not well-suited to the modern palate. Klops is still served in some households in Poland, but has never made the jump to the rest of the world – virtually every recipe item I’ve found is in Polish.

Time to introduce this recipe to the world, with a twist!

I have updated the dish by taking a cue from Königsberger Klopse, also known as Soßklopse – a Prussian specialty of meatballs in a white sauce with capers. My klops recipe is based on this meatball approach, but served with a pungent green sauce instead to offset the richness.

However, Königsberger Klopse don’t have an egg in their center, which means that they aren’t true “klops” in style. I’m sure you’re thinking that unless you’ve got a chicken with a growth hormone deficiency or make a meatball big enough to choke a hippo, an egg solution just wouldn’t work.

Think an inspiration from Asia, Citizens – Quail eggs! Small enough to fit a standard meatball and completing the circle admirably!

You can of course make huge meatballs stuffed with regular eggs, or just leave the eggs out if that is easier or you’re so inclined. Either way, this recipe is delicious and I hope you enjoy it. 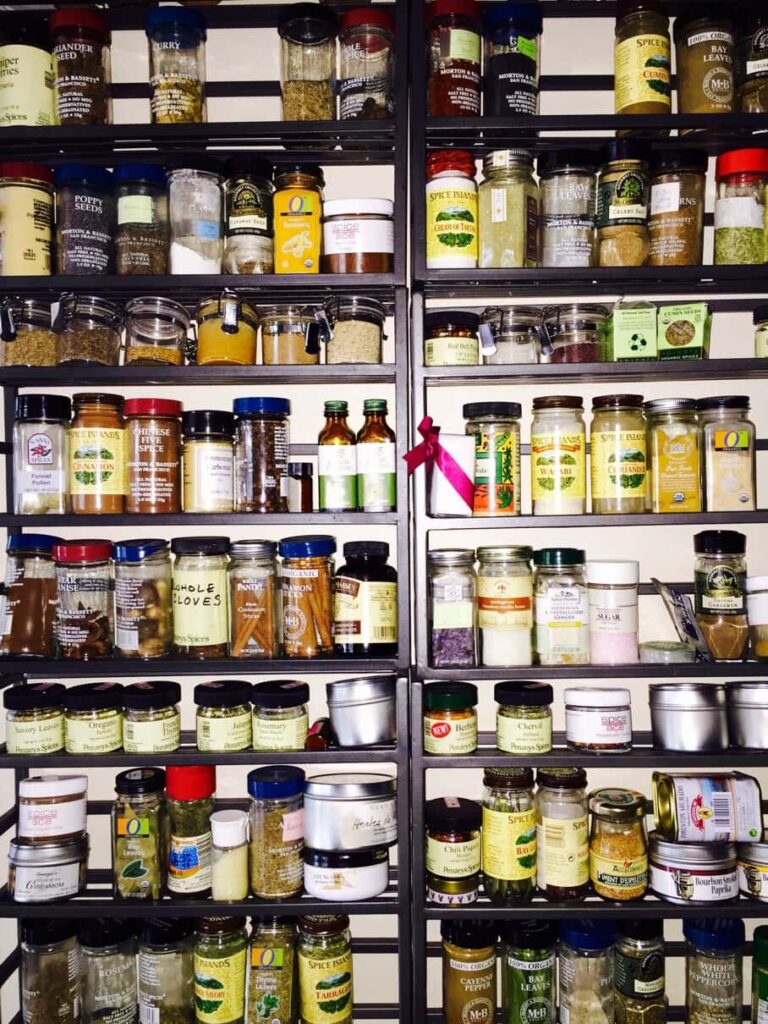 This is approximately ⅓ of just the dry spice collection here at the secret TFD HQ! The rest are in boxes in our auxiliary closet! The holes in the shelves are there because those spices are currently out on the counter and in use.

I estimate close to 500 different items comprise the TFD larder! 🙂 We especially love the rare spices like edible camphor, Tasmanian pepper, grains of paradise and more!

This is our complete artist palette that we use to create, educate and impress YOUR palate, Citizens! 😉 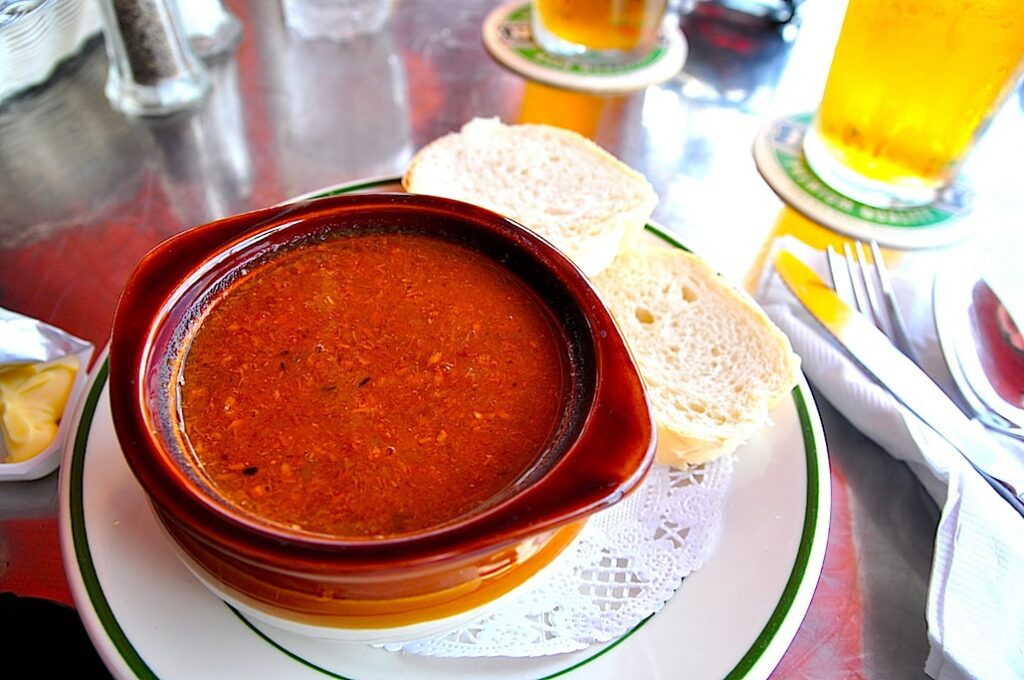 One of the least known of the Chowder subtypes (especially outside of its island home), Bermuda Fish Chowder is a tomato-based soup with several unique additions to its DNA.

The most unusual aspect of Bermuda fish chowder is its use of a very special local ingredient – Outerbridge sherry peppers sauce.

As noted on the Outerbridge website, their sherry pepper sauce is a Chef’s in America Award Foundation Gold Medal Winner and features 17 herbs and spices. The concept for sherry pepper sauce actually began centuries ago, when sailors began fortifying barrels of sherry with hot peppers during their long ocean voyages. This was then used to mask the less than appealing taste of rancid ship rations.

During the 19th Century, the British Royal Naval Dockyard in Bermuda was one of the largest maritime ports in the world. Royal Navy shipmen shared their unique sauce with the locals, who eagerly adopted and enhanced the recipe. FYI – sherry peppers sauce is one of my favorites, well worth seeking out for use in other recipes.

Bermuda fish chowder was supposedly invented on the beaches of St. George’s, in cauldrons placed above bonfires around which everyone sat to drink and talk at the end of the day. Fish chowder was very local in its choice of ingredients: it used meat stock instead of milk (which can spoil), root vegetables (which were some of the few crops Bermuda’s farming environment could support) sherry peppers (known for their preservative qualities) and, of course, fish.

Chowder lovers expecting a thick, typically New England-style consistency will be disappointed. This is a brothy soup, appropriate to the warmer island climate.

My recipe of this classic is based closely on the canonical Outerbridge version of the chowder, but with some tweaks to better suit my personal palate. You can by the Black Seal rum needed for the classic recipe here and the sherry pepper sauce here.

Enjoy this unique taste of the islands, Citizens!