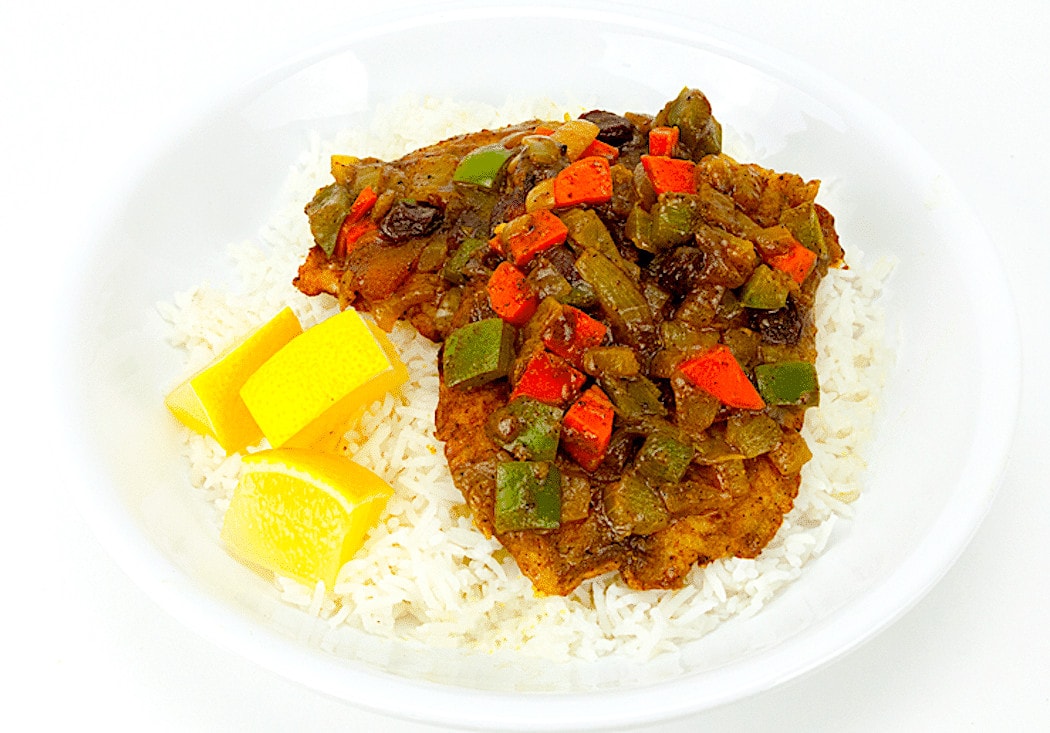 My glorious Citizens of TFD Nation! I am extremely pleased to give you today what has become a rare post from the Imam of the International – TFD! Specifically, I magnanimously share with you a recipe from a country never before featured on the blog. There aren’t many left that have escaped My watchful and omniscient gaze, but today the country of Malawi is graced by the Celestial presence of your incandescent Leader!

A news story that made the headlines yesterday triggered this recipe post – read the heart-warming story here about how highly-endangered rhinos were moved to Malawi to protect them from poachers.

As background: Malawi, officially the Republic of Malawi, is a landlocked country in southeast Africa that was formerly known as Nyasaland. It is bordered by Zambia to the northwest, Tanzania to the northeast, and Mozambique on the east, south and west.

Malawi spans over 118,484 km2 (45,747 sq mi) and has an estimated population of 18,143,217 (as of July 2018). Lake Malawi takes up about a third of Malawi’s area. Its capital is Lilongwe, which is also Malawi’s largest city. The name Malawi comes from the Maravi, an old name of the Nyanja people that inhabit the area. The country is nicknamed “The Warm Heart of Africa” because of the friendliness of the people.

The part of Africa now known as Malawi was settled by migrating Bantu groups around the 10th century. Centuries later in 1891 the area was colonized by the British. In 1953 Malawi, then known as Nyasaland, a protectorate of the United Kingdom, became a protectorate within the semi-independent Federation of Rhodesia and Nyasaland. The Federation was dissolved in 1963.

In 1964 the protectorate over Nyasaland was ended and Nyasaland became an independent country under Queen Elizabeth II with the new name Malawi. Two years later it became a republic. Upon gaining independence it became a totalitarian one-party state under the presidency of Hastings Banda, who remained president until 1994.

Malawi now has a democratic, multi-party government headed by an elected president, currently Peter Mutharika. Malawi’s foreign policy is pro-Western and includes positive diplomatic relations with most countries and participation in several international organizations, including the United Nations, the Commonwealth of Nations, the Southern African Development Community (SADC), the Common Market for Eastern and Southern Africa (COMESA), and the African Union (AU).

There is a diverse population of native peoples, Asians and Europeans, with several languages spoken and an array of religious beliefs. Although there was periodic regional conflict fueled in part by ethnic divisions in the past, by 2008 it had diminished considerably and the concept of a Malawian nationality had reemerged.

The area of Africa now known as Malawi had a very small population of hunter-gatherers before waves of Bantu peoples began emigrating from the north around the 10th century. Although most of the Bantu peoples continued south, some remained and founded ethnic groups based on common ancestry. By 1500 AD, the tribes had established the Kingdom of Maravi that reached from north of what is now Nkhotakota to the Zambezi River and from Lake Malawi to the Luangwa River in what is now Zambia.

Soon after 1600, with the area mostly united under one native ruler, native tribesmen began encountering, trading with and making alliances with Portuguese traders and members of the military. By 1700, however, the empire had broken up into areas controlled by many individual ethnic groups.

The Arab slave trade reached its height in the mid- 1800s, when approximately 20,000 people were enslaved and considered to be carried yearly from Nkhotakota to Kilwa where they were sold.

Missionary and explorer David Livingstone reached Lake Malawi (then Lake Nyasa) in 1859 and identified the Shire Highlands south of the lake as an area suitable for European settlement.

As a result of Livingstone’s visit, several Anglican and Presbyterian missions were established in the area in the 1860s and 1870s, the African Lakes Company Limited was established in 1878 to set up a trade and transport concern working closely with the missions.

A small mission and trading settlement was established at Blantyre in 1876 and a British Consul took up residence there in 1883. The Portuguese government was also interested in the area so, to prevent Portuguese occupation, the British government sent Harry Johnston as British consul with instructions to make treaties with local rulers beyond Portuguese jurisdiction.

In 1889, a British protectorate was proclaimed over the Shire Highlands, which was extended in 1891 to include the whole of present-day Malawi as the British Central Africa Protectorate. In 1907, the protectorate was renamed Nyasaland, a name it retained for the remainder of its time under British rule.

In 1953, Britain linked Nyasaland with Northern and Southern Rhodesia in what was the Federation of Rhodesia and Nyasaland, often called the Central African Federation (CAF),[22] for mainly political reasons.

Even though the Federation was semi-independent, the linking provoked opposition from African nationalists, and the NAC gained popular support. An influential opponent of the CAF was Dr. Hastings Banda, a European-trained doctor working in Ghana who was persuaded to return to Nyasaland in 1958 to assist the nationalist cause.

The Federation was dissolved in 1963, and on 6 July 1964, Nyasaland became independent from British rule and renamed itself Malawi, and that is commemorated as the nation’s Independence Day, a public holiday. Under a new constitution, Malawi became a republic with Banda as its first president.

Its dances are a strong part of Malawi’s culture, and the National Dance Troupe (formerly the Kwacha Cultural Troupe) was formed in November 1987 by the government. Traditional music and dances can be seen at initiation rites, rituals, marriage ceremonies and celebrations.

The indigenous ethnic groups of Malawi have a rich tradition of basketry and mask carving, and some of these goods are used in traditional ceremonies still performed by native peoples. Wood carving and oil painting are also popular in more urban centers, with many of the items produced being sold to tourists. There are several internationally recognized literary figures from Malawi, including poet Jack Mapanje, history and fiction writer Paul Zeleza and authors Legson Kayira, Felix Mnthali, Frank Chipasula and David Rubadiri.

Malawian cuisine is diverse, with tea and fish being popular features of the country’s cuisine. Sugar, coffee, corn, potatoes, sorghum, cattle and goats are also important components of the cuisine and economy.

Nsima is a food staple made from ground corn and typically served with side dishes of meat and vegetables. It is commonly eaten for lunch and dinner. Lake Malawi is a source of fish including chambo (similar to bream), usipa (similar to sardine), and mpasa (similar to salmon and kampango).

The importance of Lake Malawi to the local economy and peoples cannot be overstated. Chambo is actually wild Tilapia, a fish that is extensively raised via aquaculture throughout the world. It is an inexpensive fish and quite mild in flavor, so Malawians serve it with a heady fruit chutney and their own unique take on curry powder.

Citizens, this is a delicious recipe from a country that deserves to be far better-known – I hope you decide to share it with your family and friends! FYI – I have not made any alterations or tweaks to this recipe I found on martymadeit.com, so my name is not gracing this post.

Previous Post: « The Hirshon Pakistani Watermelon Chaat – تربوز چاٹ
Next Post: The 5 Year Anniversary of TFD – A Reflection Back And A Look Ahead! »
Subscribe
Login
0 Comments
Inline Feedbacks
View all comments 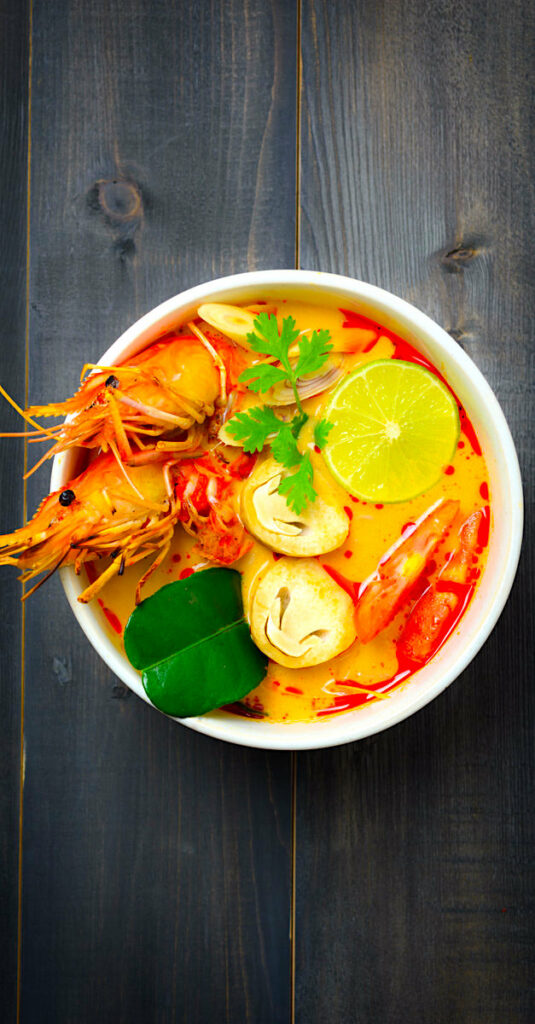 () My Citizens! While most of you are officially in the frigid clutch of Old Man Winter, I am enjoying the elevated Summer temperatures here on the shoulders of Mt. Erebus in Antarctica – aka the soaring volcanic home to My secret lair! It is a ‘balmy’  -15 degrees Fahrenheit and I for one am…