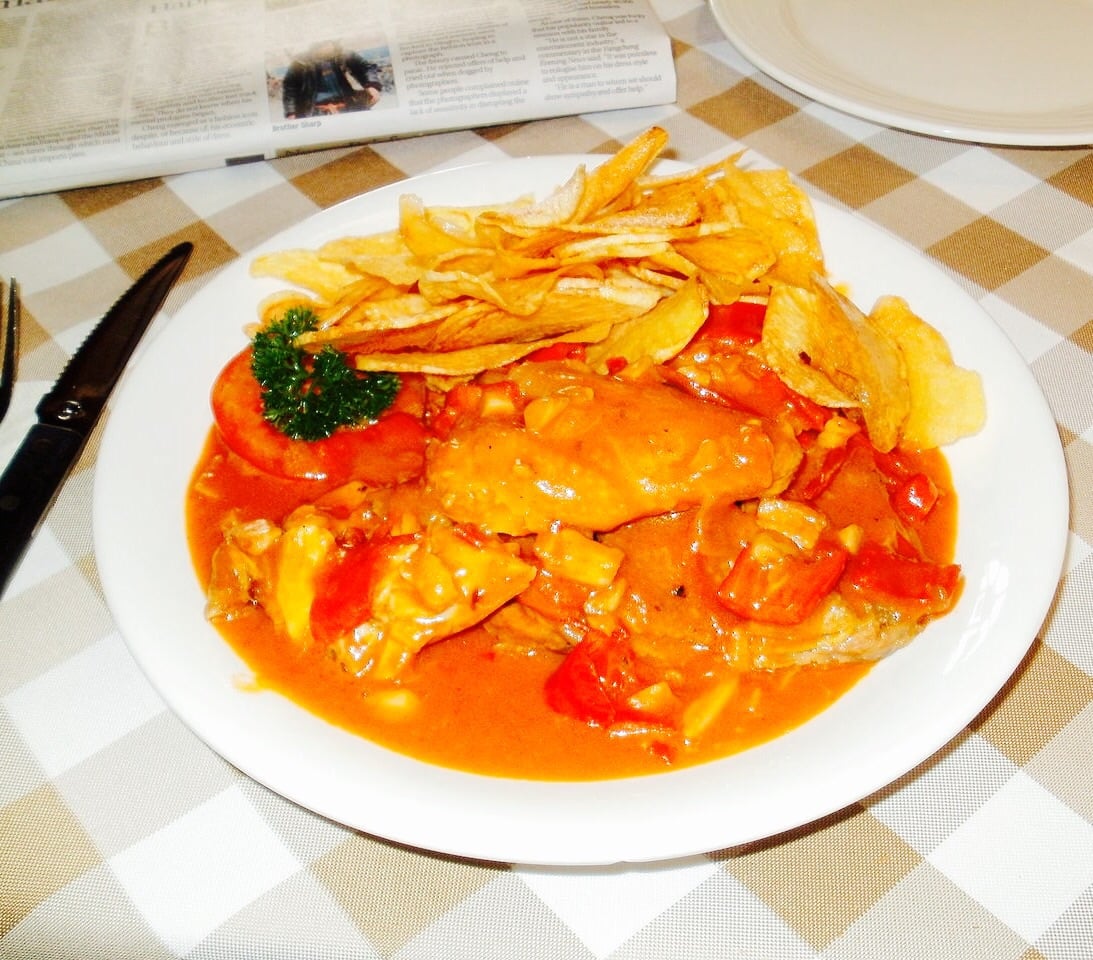 Citizens, Macanese “African Chicken” – also known as 椰汁非洲雞配焗薯及雜菜沙律 – is pretty much the national dish of Macau, a small island near Hong Kong.

A former Portuguese colony, Macau was administered by Portugal from the mid-16th century until late 1999, when it was the last remaining European colony in Asia.

Portuguese traders first settled in Macau in the 1550s. In 1557, Macau was rented to Portugal by the Ming Dynasty as a trading port. The Portuguese administered the city under Chinese authority and sovereignty until 1887, when Macau became a colony of the Portuguese Empire. Sovereignty over Macau was transferred back to China on December 20, 1999.

Local cooking in Macau consists of a unique blend of Cantonese and Portuguese cuisines. Many unique dishes resulted from the spice blends that the wives of Portuguese sailors used in an attempt to replicate European dishes. Its ingredients and seasonings include those from Europe, South America, Africa, India, and Southeast Asia, as well as local Chinese ingredients

I was fortunate to have visited Macau back in 1995 with legendary chef Martin Yan, where I first tasted this unusual dish of galinha. Hooked for life, I now share this canonical recipe with you, straight from Henri’s Galley, the legendary restaurant that first created the recipe!

I found this particular recipe in the superlative eGullet forums, created by my friend Jason Perlow. Well worth exploring and participating in, it’s a treasure trove of culinary wonders!

BTW, this dish of galinha is considered “African” due to its reliance on peanuts, a staple of many African recipes. Enjoy this with another dish of Portuguese ancestry here.

Battle on in 2015 – The Generalissimo