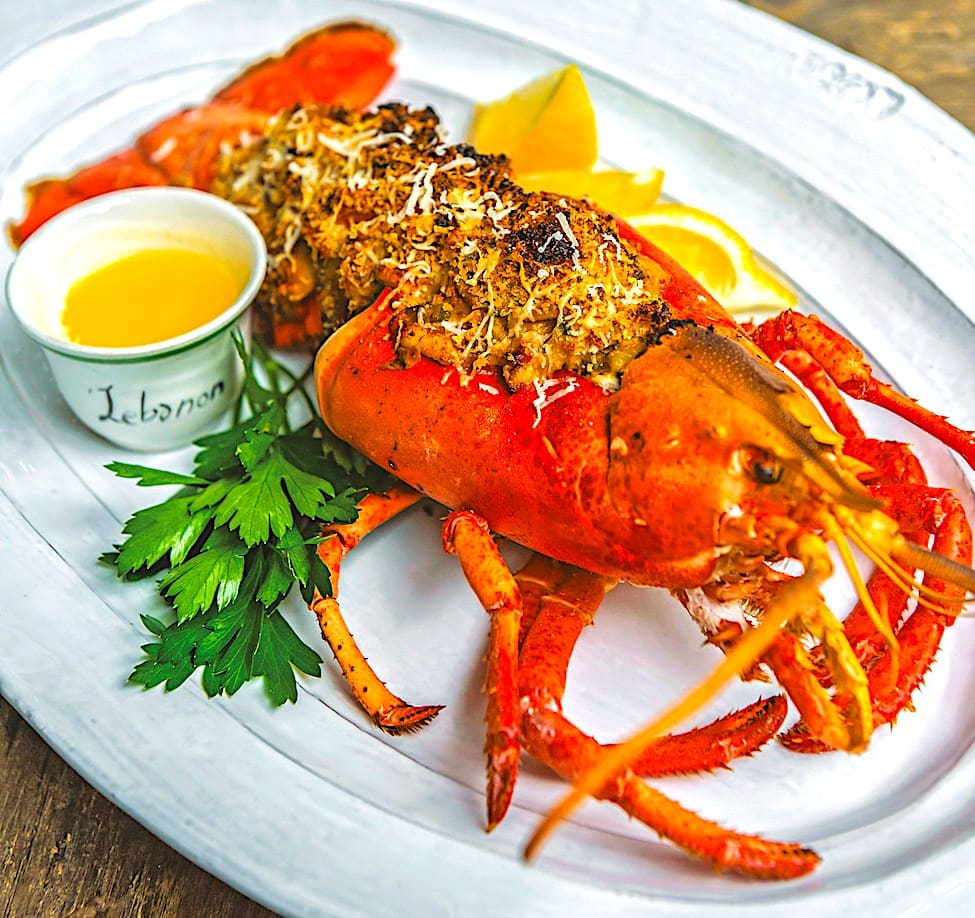 My Citizens, allow me to share the first of seven recipes celebrating the ‘week of legendary closed restaurant recipes’ with a classic straight from Beantown – the mighty city of Boston! 😀

Yankee Magazine have unarchived an article from 1940, titled “Really Good Eating Places,” which lists the top New England dining establishments of the day.  One of the 31 restaurants on that list is the venerable Locke-Ober.   Though sadly now closed, Locke-Ober was know as one of the grandest restaurants in Boston (and perhaps the United States) during the 137 years it was in business.  And one of the most classic dishes you could get while dining at Locke-Ober was their Baked Lobster Savannah.

I have had both the privilege of dining Locke-Ober before it folded and of knowing one of the restaurant’s most prominent managers. This man used to summer in Cutler.  He was our neighbor and became a friend of the family.  I remember so fondly the wonderful stories he told me of the celebrities he rubbed shoulders with while managing the restaurant – JFK was a regular and they renamed their lobster stew in his honor. I was lucky enough to have this former manager of Lock-Ober’s prepare the Lock-Ober Lobster Savannah recipe for me him prepare me on several occasions.

While sadly you can no longer experience Locke-Ober’s Baked Lobster Savannah in the understated elegance of this historic restaurant, you can try to make it yourself with the below recipe, which comes via the New York Times.

Boston is renowned for its diversity of culinary options, with food from every ethnicity you can name. Mike’s City Diner, run by Lebanese Jay Hajj, is a must-visit when you’re in town. His fusion of New England classics with elements from his native Beirut is a big crowd-pleaser, and his new cookbook is packed with phenomenal recipes. Try this Lobster Savannah from one of Boston’s most iconic dining establishments, and treat that shellfish right.

Lobster is New England’s signature seafood, the one most people associate with Boston and the region in general. I never ate lobster until arriving in Boston, where almost every restaurant serves it in some capacity — whether the casual seafood shanty lobster roll or rich and decadent fine-dining lobster Savannah.

Lobster Savannah was the signature recipe of the former Locke-Ober restaurant in Boston’s Downtown Crossing, for over 100 years the city’s most famous dining landmark. About 35 years after arriving in Boston as a boy from Lebanon, some business partners and I purchased the famous Locke-Ober building on Winter Place.

As we walked around the site of the late, great restaurant, I came upon a big folder full of Locke-Ober recipes — including this recipe for its signature lobster Savannah!
We eventually auctioned off much of the equipment, art and furniture left in the building, and before long Locke-Ober was replaced by Yvonne’s, a modern supper club that pays tribute to the legacy of the space and has since become a new Boston dining landmark. But I held on to that pile of Locke-Ober recipes for myself — a bit of Boston culinary history right here in my hands.

Reprinted with permission from Beirut To Boston

Citizens, this is a classic baked lobster dish that I can assure you has stood the test of time (decades, in fact!) and deserves a place at your table if you have any love whatsoever for rich, delicious crustacean!

Add
73shares
TFD uses cookies and we comply with GDPR so you control your personal info! If you continue on, we will assume you are happy with this, Citizen! OkNoRead more