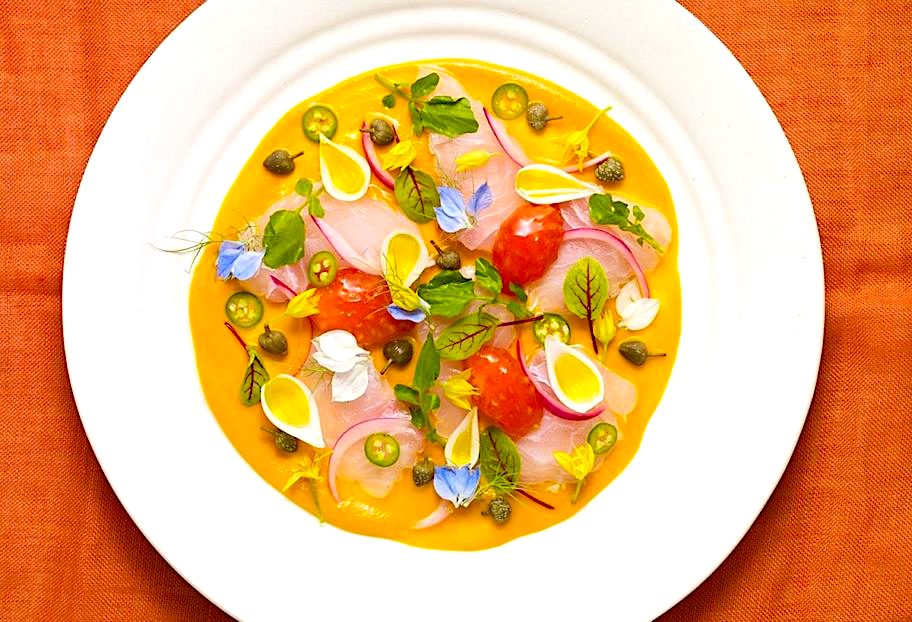 Citizens, today I am honored to share a recipe from a man who is currently and deservedly in contention for the Nobel Peace Prize – Chef José Andrés! When Puerto Rico was virtually wrecked by hurricane Maria last year, Chef Andrés was on the scene feeding hundreds of thousands who would otherwise have gone hungry!

Today, in the midst of the longest government shutdown in history, he is now feeding thousands of furloughed federal workers at no charge who haven’t received a paycheck in a month!

Now, allow me with great reverence and respect to share one of his magnificent recipes, one based on a classic dish of Veracruz state in Mexico.

The cuisine of Veracruz is the regional cooking centered on the Mexican state that stretches over most of the country’s coast on the Gulf of Mexico. Its cooking is characterized by three main influences, indigenous, Spanish and Afro-Cuban, due to its history, which included the arrival of the Spanish and that of slaves from Africa and the Caribbean.

These influences have contributed many ingredients to the cooking including native vanilla, corn and seafood, along with rice, spices and tubers.

How much the three mix depending on the area of the state, with some areas more heavily favoring one or another. The state has worked to promote its cuisine both in Mexico and abroad as part of its tourism industry.

Veracruz cooking has three main influences: indigenous, Spanish and Afro-Cuban. The most important native influence is the state’s long coastline, meaning most areas have a wide array of seafood.

The indigenous cooking of the state, historically characterized by that of the Olmecs, the Huastecas and the Totonacs, has included ingredients such as vanilla, native to the Papantla area, and acuyo, also known as hoja santa.

Like other areas of Mexico, the staple foods were corn, beans and squash, supplemented by a variety of tropical fruits, along with chili peppers, tomatoes and avocados.

Spanish Mediterranean influence is best seen in the use of olives, olive oil and capers. The Afro-Cuban influence is due to the importation of slaves into Mexico from Africa and the Caribbean during the colonial period.

The state is also divided into seven regions, based on natural geography, ethnic composition and interactions with other parts of Mexico.

The Totonacs of the north of the state have had their food influenced by the French who immigrated to the area in the 19th century. Cooking in the south of the state shows influence from the Isthmus of Tehuantepec as the Zapotecs migrated as far as here and traded goods with the Nahua peoples of the Gulf coast.

The most famous Veracruz dish is Huachinango a la Veracruzana (Snapper Veracruz style). It is a baked whole fish covered in a tomato-based sauce flavored with mostly European ingredients such as olives, garlic, capers and more.

Chef Andrés has adapted this specific recipe to combine the flavors of the dish with the cooking style of Veracruz ceviche, where uncooked fish is “cooked” by citrus juice. The combination is stunningly good and I hope you see fit to try this fantastic recipe from an even better man!

Add
58shares
TFD uses cookies and we comply with GDPR so you control your personal info! If you continue on, we will assume you are happy with this, Citizen! OkNoRead more