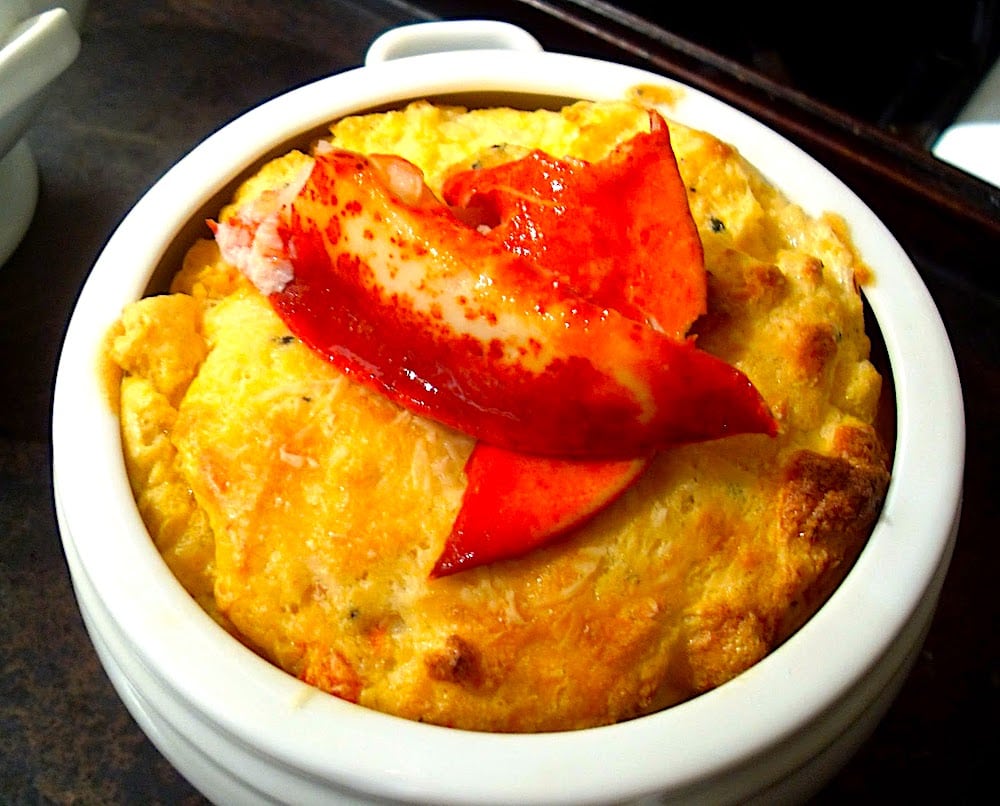 Citizens, today I share with you a recipe replete with legend and a known cause of baseless terror amongst many home cooks – the soufflé

A soufflé is a baked egg-based dish which originated in early eighteenth century France. It is made with egg yolks and beaten egg whites combined with various other ingredients and served as a savory main dish or sweetened as a dessert. The word soufflé is the past participle of the French verb souffler which means “to breathe” or “to puff”.

The base provides the flavor and the egg whites provide the “lift”, or puffiness to the dish.

Soufflés are generally baked in individual ramekins of a few ounces or soufflé dishes of a few liters: these are typically glazed, flat-bottomed, round porcelain containers with unglazed bottoms, vertical or nearly vertical sides, and fluted exterior borders. The ramekin, or other baking vessel, may be coated with a thin film of butter to prevent the soufflé from sticking.

Some preparations also include adding a coating of sugar, bread crumbs, or a grated hard cheese such as parmesan inside the ramekin in addition to the butter; some cooks believe this allows the soufflé to rise more easily.

After being cooked, a soufflé is puffed up and fluffy, and it will generally fall after 5 or 10 minutes (as risen dough does). It may be served with a sauce atop the soufflé, such as a sweet dessert sauce, or with a sorbet or ice-cream on the side. When served, the top of a soufflé may be punctured with serving utensils to separate it into individual servings. This can also enable a sauce to integrate into the dish.

There are a number of both savory and sweet soufflé flavor variations. Savory soufflés often include cheese, and vegetables such as spinach, carrot and herbs, and may sometimes incorporate poultry, bacon, ham, or seafood for a more substantial dish. Sweet soufflés may be based on a chocolate or fruit sauce (lemon or raspberry, for example), and are often served with a dusting of powdered sugar. Frugal recipes sometimes emphasize the possibilities for making soufflés from leftovers.

Soufflés are frequently depicted in cartoons, comedies and children’s programs as a source of humor. Often this involves a loud noise or poke causing the soufflé to collapse, usually to the embarrassment and dismay of the character who prepared the soufflé or the dejection of the character being served the anticipated dessert.

This version of lobster soufflé is by Jeffrey L. Steingarten, who  is a leading food writer in the United States. He has been the food critic at Vogue magazine since 1989. He combined 2 legendary soufflé recipes by Jacques Pepin and Julia Child to make this unmatched version!

This recipe is near legend amongst home cooks as it is a zero compromise version, befitting Steingarten’s dictatorial reputation (sound familiar? 😉 ). It will test your culinary mettle – but you are up to the task, ! 🙂