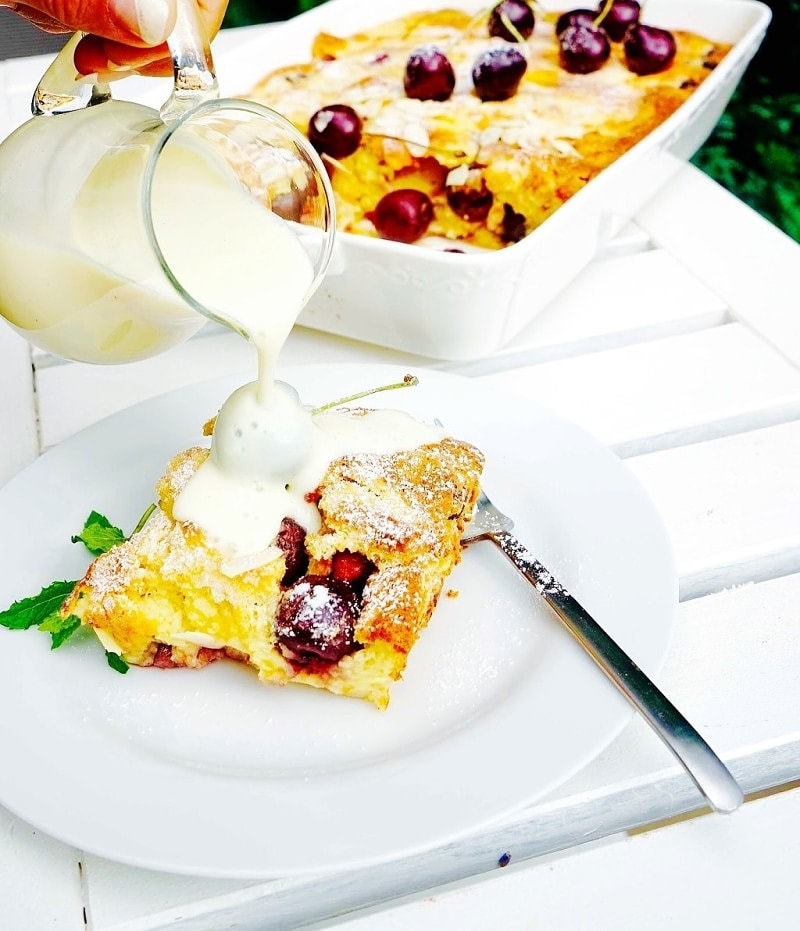 Citizens, a cookbook by the elite soldiers of the Swiss Guard has revealed the culinary secrets of the Vatican!

The introduction to the book said it would appeal to anyone interested in cooking as well as people who were curious about the Swiss Guard and “some of the secrets of the Vatican”.

The cookbook also contains the favourite recipes of people close to the Popes, such as Daniel Anrig, the commanding officer of the Swiss Guard and Lorenzo Merga, a major in the Swiss Guard.

This recipe, a favorite of His Holiness Pope Benedict XVI, is courtesy of Weber & Werd Publishing.

Kirschmichel is a traditional dessert of the German Cuisine, especially popular in the regions of Palatinate, Baden-Württemberg, South Bavaria, Franconia and the southern part of Hessen. It is similar to Bread pudding and Bread and butter pudding.

Kirschmichel consists of bread that is a few days old which is kneaded into a dough with butter, milk, egg and sugar. Sour cherries are folded into the dough and the mixture is baked in a casserole dish. Prior to serving the dessert is topped with vanilla, cinnamon, almonds and clove and is then served hot with vanilla sauce. For a full-on Papal feast, try this pasta recipe beloved by another Pope as a main course!