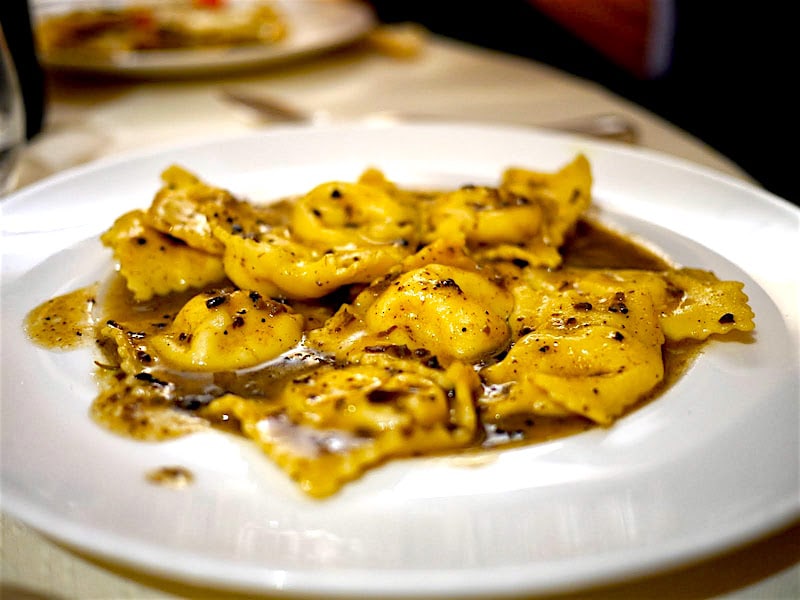 Citizens, today we visit perhaps my favorite region of Italy – the amazingly beautiful region of Umbria!

Umbria is a region of historic and modern central Italy. It is the only Italian region having neither a coastline nor a border with other countries. It includes the Lake Trasimeno, Cascata delle Marmore, and is crossed by the River Tiber. The regional capital is Perugia. Umbria is known for its landscapes, traditions, history, artistic legacy, and influence on culture.

The region is characterized by hills,mountains,valleys and historical towns such as Perugia (known as an important university centre), Assisi (a World Heritage Site associated with St. Francis of Assisi, the Basilica of San Francesco and other Franciscan sites, works by Giotto and Cimabue), Norcia (the hometown of St. Benedict), Citta’ di Castello , Gubbio, Spoleto, Orvieto, Castiglione del Lago, Narni, Amelia, and other small cities. Contained within Umbria is Cospaia, a tiny republic created by accident that existed from 1440 to 1826.

The region is named for the Umbri people, an Italic people which was absorbed by the expansion of the Romans. Pliny the Elder recounted a fanciful derivation for the tribal name from the Greek ὄμβρος “a shower”, which had led to the confused idea that they had survived the Deluge familiar from Greek mythology, giving them the claim to be the most ancient race in Italy.

The cuisine of Umbria originates from its Etruscan roots, and is characteristically simple, relying heavily on seasonal ingredients that can be found growing in its rich soil, swimming in the region’s lakes, raised on local farms, or discovered in the lush forests that cover much of the region. Umbrian cuisine is very rustic, often called “cucina povera”, or peasant cooking, which simply means it is built on traditional dishes created with minimal ingredients and methods of preparation that rely heavily on local products such as grains, vegetables, fresh herbs, and of course olive oil, Umbria’s liquid gold. The traditional dishes of Umbria have been handed down through generations and even today maintain those same principles of simplicity and freshness that originated in Etruscan times.

Umbria relies strongly on seasonal produce such as mushrooms, wild asparagus, and numerous other fresh vegetables, and of course on the highly prized truffles that grow throughout the region. Truffles play an important part in many Umbrian dishes, including appetizers such as crostini al tartufo, or crostini alla norcina, made using anchovies, truffles and chicken livers. Both pasta and risotto dishes are also served with grated black or white truffles, while in Norcia, the homeland of the black truffle, both fresh and seasoned cheeses, as well as cured meats are seasoned with this regional treasure. Black truffles generally come from Valnerina while white truffles are harvested from the Upper Tevere valley and Eugubino Gualdese. The truffle is so highly coveted in Umbria, that in the fall and winter there are numerous festivals and markets held to celebrate these precious nuggets.

This recipe celebrates truffles in the true Umbrian fashion! 🙂

I have cribbed an outstanding tutorial from the Culinary Institute of America about how to make agnolotti properly. Agnolotti are like ravioli’s smaller, squarer cousin, easier to fill and cut out. My stamp is on both the main recipe and the sauce – I hope you enjoy both of these rare delights, Citizens!

75 ml extra virgin olive oil, preferably Umbrian or Tuscan
1 clove garlic, smashed and cut in half
2 anchovies, very finely chopped – TFG endorses only the Ortiz brand, they are by far the best! Failing that, choose the best-quality Italian jarred anchovies you can find
150 gr. fresh or jarred black truffle, washed in tepid water and brushed with a medium firm brush until clean and then grated or pounded or use jarred black truffle paste to taste
Sea salt

Chicken stock, if needed to thin the sauce

Mix the meat and oil with the truffle paste and prosciutto. Add 2 eggs, cheese, salt and pepper. Pulse to a rough paste in the food processor and set aside.

Create a deep well in the middle of the flour and crack the eggs into this well. Whisk the eggs with fork to combine.

As you whisk the eggs, begin gradually pulling in flour from the bottom and sides of the bowl. Don’t rush this step. At first, the eggs will start to look like a slurry. Once enough flour has been added, it will start forming a very soft dough. Don’t worry if you haven’t used all the flour

Let the pasta rest. Wrap the pasta in plastic and let it rest at room temperature for about half an hour.

Roll out the pasta. Unwrap the pasta and run it through the pasta maker again on one of the thinner settings.

Pipe out the filling. Pull one sheet of pasta off the top of the stack. Put the truffled meat filling in a large pastry bag fitted with a wide tip (it should be at least ½-inch across). Pipe a straight line of filling lengthwise on the pasta sheet, leaving enough pasta at the top to fold over the filling.

Make a pasta tube around the filling. Fold the pasta top over the filling. Press firmly to seal. You can moisten the tip of your finger and run it along the seam if it doesn’t want to stick together. Use a wheeled pasta cutter or a sharp knife to cut the filled tube of pasta away from the rest of the sheet, making sure to keep the sealed strip intact.

Make and cut the agnolotti pockets. Use the tips of your fingers to pinch the tube of pasta into equally-sized sections, creating a seal between pockets of filling. Use the wheeled pasta cutter or a sharp knife to separate the sections. Quickly cut through each, leaning the tube of pasta in the direction you’re cutting. You should be left with small, individual pockets of filled pasta. Place the finished agnolotti in a tray of coarse cornmeal.

Repeat and store. Repeat until all of the pasta sheets and filling have been used. At this point the pasta can be cooked right away, covered and refrigerated overnight, or frozen, or frozen. To freeze, freeze until solid on a large baking tray, then transfer to containers or freezer bags.

Cook the pasta: To cook fresh or frozen agnolotti, cook in a large pot of salted boiling water for 2 minutes or until tender. Serve with truffle sauce.

In a bain-marie, fill the bottom with water and in the top pan place the olive oil, garlic and anchovy and heat very slowly.

You don’t want to fry the garlic but rather infuse the oil. The anchovy should totally disintegrate when heated (about 5 minutes after the water starts to boil).

Remove the garlic and discard. Add the truffle to the oil.

Stir the truffle and oil with a fork to create an emulsion. Make sure you do not boil this mixture. Stir for 5 minutes and then turn off the heat.

If the sauce is too thick, add spoonfuls of of chicken stock one at a time, stirring to loosen the sauce. Pour sauce over agnolotti and serve immediately.