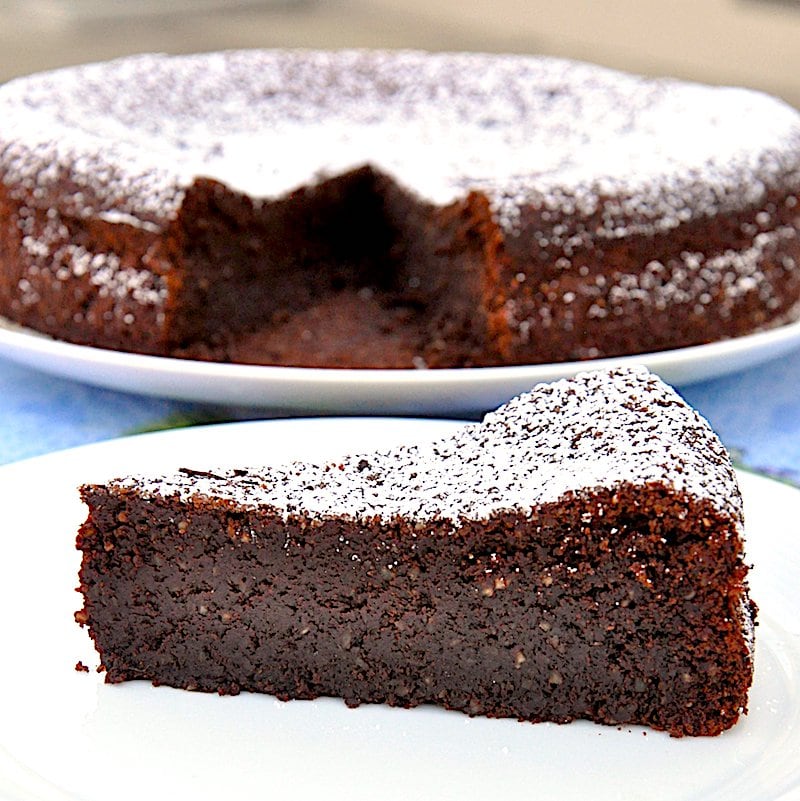 For those of a certain predilection, you may feel that your glorious leader should be making a joke or three about “baking” or getting baked. I shall indulge you – for this recipe is indeed baked, ! If you truly want a recipe worthy of this particular day, I strongly encourage you to sample this recipe legally and responsibly, and prepare to be couch-locked into the next decade! 😉

Now – with that out of the way…

Few things in this life rival chocolate for sheer hedonism and ultimate gustatory decadence – when combined with the taste of almond, you especially have a taste for an adult palate! No recipe better fits the bill for this than Italy’s grand Torta Caprese!

Torta caprese is a traditional Italian chocolate and almond or walnut cake named for the magnificent island of Capri from which it originates.

Many variations of this cake are made, but the basic recipe is to mix softened butter at room temperature with sugar; egg yolks are then added, and once combined, the remaining ingredients are added: finely minced almonds, chocolate melted via bain-marie, and whipped egg whites. After baking, the cake has a thin hard shell covering a moist interior. It is usually covered with a light dusting of fine powdered sugar. It is sometimes made with a small amount of Strega or other liqueur.

It has been referred to as “uno dei pasticci più fortunati della storia” (one of history’s most fortunate mistakes).

There are several apocryphal stories about the cake’s origin. A legend told that an Austrian princess married to the king of Naples wanted the Sacher cake (an Austrian chocolate cake), but Neapolitan chefs didn’t know this recipe, so they improvised by using a typical Neopolitan ingredient: almonds.

The origins of Torta caprese, although recent, are not clear. There are different versions; none of them can be confirmed beyond reasonable doubts. However, they all have at least two points in common; firstly: it wasn’t born in any island home, so it has to be an invention of the local hospitality industry; secondly: regardless the fact that good cuisine is intrinsic to the life of any Caprese, this dessert was created for the island’s tourist market. “Rather than in restaurants, at the beginning, it was served in many of the island’s various Tea Rooms, since the beginning of the last century,” says GVCI associate Lello Sorrentino, owner and chef of Anacapri’s Brace & Padella Restaurant and former owner of the Luna Caprese in Buenos Aires, Argentina.

“Some people say that Torta Caprese is no more than a version of the Austrian Sachertorte,” adds Lello. Sachertorte, though, looks rather different; it contains flour and doesn’t have almonds in it. There is an Austrian connection, however, in the history of Torta Caprese. According to an unconfirmed tradition, it was in fact invented by two Austrian ladies who inherited the Strandpension in Marina Piccola from the eccentric German poet, August Weber, who had owned it at beginning of the 20th century. The birth date according to this version could be set between 1930 and 1950.

As in many other popular tales about the origin of dishes, this one has Torta Caprese born by mistake.

The person who invented it was planning to do another recipe and added uncalled for ingredients or forgot to add called for ones; in this case flour was left out. Which recipe she or he intended to follow remains unknown. Invention by mistake – “uno dei pasticci più fortunati della storia (one of the luckiest mess-ups in history) – is also the leitmotiv of another version on the origin of Caprese. Once again, it is Lello Sorrentino who mentions the source; “It’s in a book written by Claudio Novelli on the lost documents of Capri’s Cuisine,” says the chef.

The rather poetic title of the publication, in Italian, Giallaranci Mitili impazziti di Luce, is quite difficult to translate. Its author writes that the inventor of Torta Caprese was a man called Capocchiella (Little Head), in whose veins apparently pumped the blood of the Spanish painter Esteban Blasco. Capocchiella was a kitchen hand at the Fontelina, the Restaurant that still today overlooks the famous Faraglioni (one of the most unique views of the island) and when the sous pastry chef suddenly up and left, he was summoned as the replacement. Then, on “one day of an undetermined month in 1950”, while at dawn, he was making a “prosaic almond cake” he added cocoa to the almonds, mistaking it for flour.

The tale is rather picturesque but it’s quite improbable that a person, who worked in a kitchen, could confuse cocoa with flour, regardless of sleep deficit, unless he was almost blind and lacked his sense of smell. In any case, according to Novelli, Capocchiella baked the cake, fell asleep and was awoken by the smell of chocolate. The cake was served to the guests and it was a success. When asked what the name of the dessert was, with some embarrassment, Capocchiella answered “Torta Caprese.”

Finally there is another version of the origin of this dessert, according to which a certain Carmine Di Fiore, cooking in an unknown Capri’s restaurant, received an order for an almond and chocolate cake from three American gangsters. Apparently, he forgot to put flour in it, but the gangsters liked it and asked him for the recipe. That was the beginning of the success. “No one in Capri knows about this version,” says Lello Sorrentino. Bur what is certain is that at Capri’s restaurants today you rarely see Torta Caprese served without a ball of vanilla ice cream.

Torta Caprese is delicious when paired with a bracing snifter of ice-cold limoncello – as in “slushy-level” cold. My version of the recipe uses a recipe for limoncello jelly that I discovered and which perfectly complements the richness of this dish. Serve the torta with more icy limoncello for a perfect end to any good meal!

TFD strongly prefers to make his own Limoncello – it is very easy to do and the best recipe BY far may be found – oddly enough – here on Gizmodo! , follow this recipe exactly for the best Limoncello ever! Worst case – just buy a top-quality Italian Limoncello. Store it in the freezer, the alcohol content means it will never freeze solid but will ideally become slushy in texture. NEVER serve any other way but neat and ice-cold! 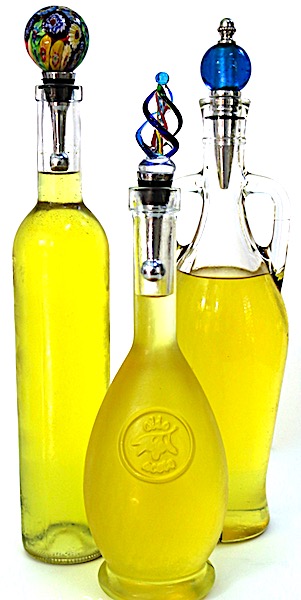 Homemade Limoncello – It Can’t Be Equalled!