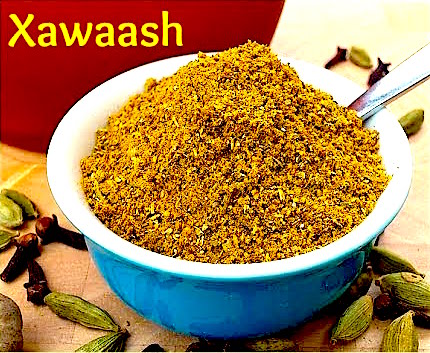 Citizens, the country of Somalia has had a very difficult few decades as it seeks to stabilize itself and turn away from the path that almost resulted in its destruction as a nation-state.

Somalia is a country located in the Horn of Africa, jutting out to the east of the continent. Somalia is bordered by Ethiopia to the west, Djibouti to the northwest, the Gulf of Aden to the north, the Indian Ocean to the east, and Kenya to the southwest. Somalia has the longest coastline on Africa’s mainland, and its terrain consists mainly of plateaus, plains and highlands. Climatically, hot conditions prevail year-round, with periodic monsoon winds and irregular rainfall.

Somalia has a population of around 10.8 million. Around 85% of its residents are ethnic Somalis, who have historically inhabited the northern part of the country. Ethnic minorities are largely concentrated in the southern regions. The official languages of Somalia are Somali and Arabic, both of which belong to the Afroasiatic family. Most people in the country are Muslim, with the majority being Sunni.

In 1991, the government collapsed as the Somali Civil War broke out. Various armed factions began competing for influence in the power vacuum, particularly in the south. During this period, due to the absence of a central government, Somalia was a “failed state”, and residents returned to customary and religious law in most regions.

Due to the instability, violence, and protracted lack of a permanent central authority, Somalia topped the Failed States Index (FSI) between 2008 and 2013. By mid-2012, the insurgents had lost most of the territory that they had seized. In 2011–2012, a political process providing benchmarks for the establishment of permanent democratic institutions was launched. Through the years, Somalia has maintained an informal economy, mainly based on livestock, remittances from Somalis working abroad, and telecommunications.

There is a very large Somali ex-pat community in the United States that helps to support relatives still remaining in Somalia while also establishing new lives here in the U.S. 2010 American Community Survey data indicates that there are approximately 85,700 people with Somali ancestry in the US. Of those, about 25,000 or one third live in Minnesota; 76,205 were also born in Somalia. California, Washington and Ohio have the next largest Somali communities.

In terms of cities, the heaviest concentrations of Somalis in the US are found in the Twin Cities (Minneapolis and Saint Paul), followed by the Columbus, Ohio, Seattle, San Diego, Washington, D.C., New York City, Portland, Maine and San Francisco metro areas.

Somali food is typically well-seasoned with a unique spice blend called Xawaash (pronounced Hawash), which comes from the Arabic word Hawa’ij (حوائج). Hawa’ij can be translated as ‘requirements’ or ‘essentials’.

For example, there are the essentials accompaniments for Arabic coffee, Hawa’ij al-Qahwa (حوائج القهوة). The Hawa’ij spice mix is believed to have originated in nearby Yemen – my Yemeni version of Hawa’ij may be found here.

Keep in mind that the types of spices used and their proportions are not cast in stone. There are regional variations dictated by personal taste as well as the availability of certain spices.

The use of the aromatic Xawaash is what gives Somali food its unique character and flavor. My version stays very close to authenticity, differing only in using my preferred amounts of each spice.

As to what Somali recipes can benefit from this magnificent spice blend? I recommend starting with perhaps the finest sambusa recipe on the planet: the Somali version best expressed here.

() Citizens – I owe you all a great apology, as it has been nearly an entire MONTH since I last posted a recipe of repute for your gastronomic elucidation! I was tragically laid low by an horrific case of depression, one so severe it confined me to bed these last few days and previously…