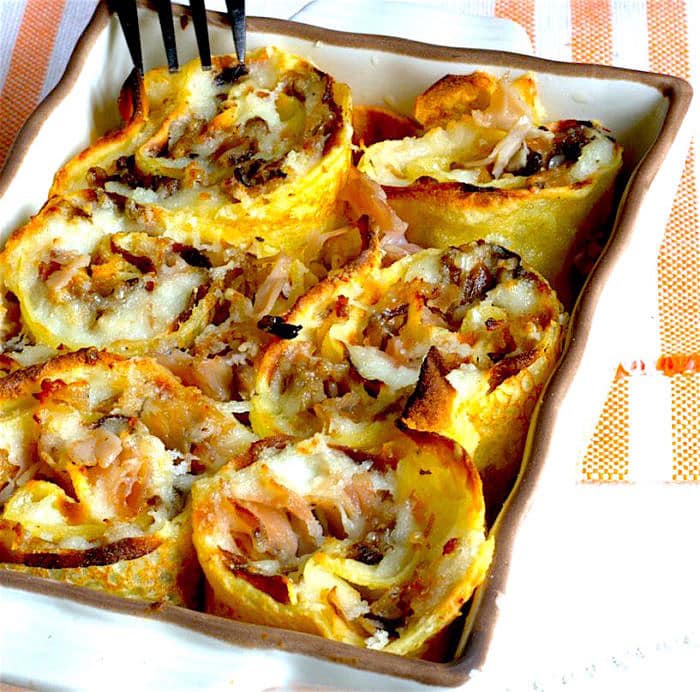 Citizens, today I give you a recipe from one of the world’s smallest countries – the republic of San Marino!

San Marino, also known as the Most Serene Republic of San Marino, is an enclaved microstate surrounded by Italy, situated on the Italian Peninsula on the northeastern side of the Apennine Mountains. Its size is just over 61 km2 (24 sq mi) and has an estimated population of about 32,000. Its capital is the City of San Marino and its largest city is Dogana. San Marino has the smallest population of all the members of the Council of Europe.

San Marino claims to be the oldest surviving sovereign state and constitutional republic in the world, as the continuation of the monastic community founded on 3 September 301, by stonecutter Marinus of Arba. Legend has it that Marinus left Rab, then the Roman colony of Arba, in 257 when the future emperor Diocletian issued a decree calling for the reconstruction of the city walls of Rimini, which had been destroyed by Liburnian pirates.

San Marino is governed by the Constitution of San Marino (Leges Statutae Republicae Sancti Marini), a series of six books written in Latin in the late 16th century, that dictate the country’s political system, among other matters. The country is considered to have the earliest written governing documents (constitution) still in effect.

The country’s economy mainly relies on finance, industry, services and tourism. Despite having an extremely small economy for a nation state, it is one of the wealthiest countries in the world in terms of GDP (per capita), with a figure comparable to the most developed European regions. San Marino is considered to have a highly stable economy, with one of the lowest unemployment rates in Europe, no national debt and a budget surplus. It is the only country with more vehicles than people!

The cuisine of San Marino is extremely similar to Italian, especially that of the adjoining Emilia-Romagna and Marche regions, but it has a number of its own unique dishes and products.