Citizens! Your beloved and supremely talented leader – the benevolent tyrant TFD! – has returned to his roots in Mother Russia! Yes, I have just landed in Moscow and am very excited indeed to see the wonders of this magnificent city, still shrouded in snow a week after the worst single-day snowstorm in Russian history! …but enough about my travels, let us discuss today’s mighty recipe!

Varenye or varenie (Russian: варенье, Belarusian: варэнне/варэньне, Ukrainian: варення) is a traditional whole-fruit preserve, widespread in Eastern Europe (Russia, Ukraine, Belarus), as well as the Baltic region. It is made by cooking berries, other fruits, or more rarely nuts, vegetables, or flowers, in sugar syrup. In some traditional Russian recipes, other sweeteners such as honey or treacle are used instead of or in addition to sugar.

Varenye is similar to jam except the fruits are not macerated, and no gelling agent is added. It is characterized by a thick but transparent syrup having the natural color of the fruits.

Some fruits with tough skins require cooking for many hours, while others are suitable for making “five-minute varenye” (Russian: варенье-пятиминутка, varenye-pyatiminutka). For the latter, dry sugar is spread over raw fruit in layers and left for several hours to steep into the fruit. The resulting mixture is then heated for just about five minutes.

The most popular types of varenye are made from locally available berries and fruits, such as sour cherries, strawberries, raspberries, apricots and apples. In general, virtually any kind of fruit, as well as some culinary vegetables, nuts, pine cones, and rose petals are used.

I am especially fond of the Estonian spirit Vana Tallinn which is – you guessed it – spiced rum! Given the fact that Estonia was once part of the Soviet Union, it seems apropos to use it in this recipe. It is, of course, impossible to find in the United States or outside the Baltics, so try Captain Morgan’s instead if you can’t procure it.

Vana Tallinn (Estonian for Old Tallinn) is a dark brown and robust rum-based liqueur developed in the 1960s and produced by the Estonian company Liviko. The liqueur is sweet with a hint of Jamaican rum, flavored by various natural spices, including citrus oil, cinnamon and vanilla.

Vana Tallinn is widely available in all of the Baltic states (Estonia, Latvia and Lithuania), as well as Ukraine, Russia and Finland. Although it is advertised as an ancient and traditional Estonian drink, the production actually started only in September 1960.

This is a very simple Russian recipe and one you are not only assured to enjoy, my Citizens – it is not very difficult to make either! 😀

The Hirshon Anglo-Indian Kedgeree In Memory Of Prince Philip, Duke of Edinburgh 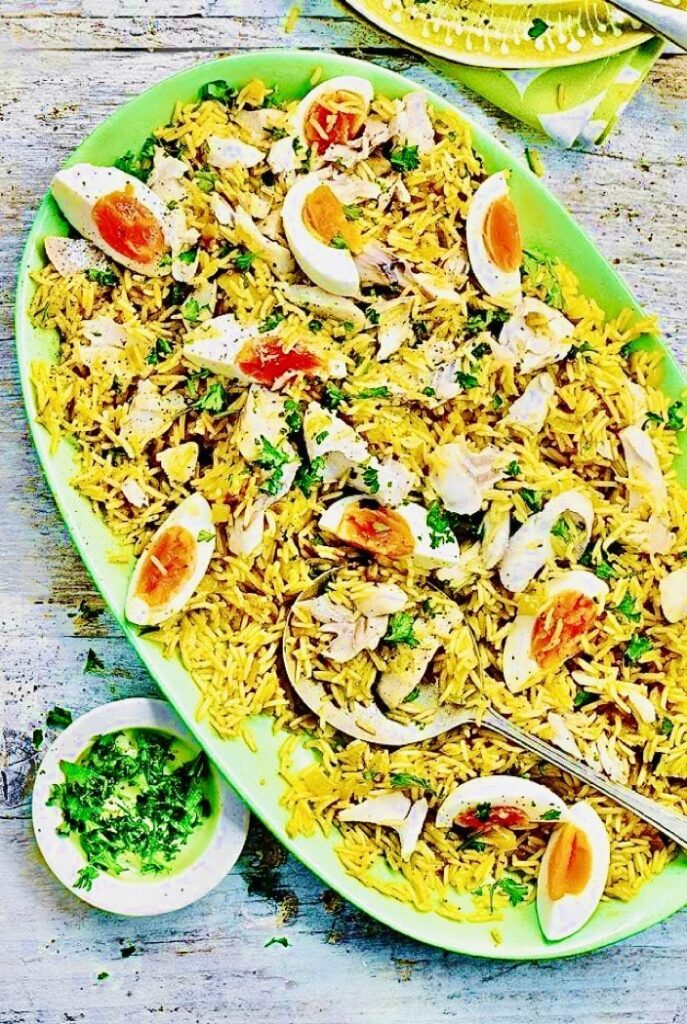 () My Citizens, it is with deep sorrow that I note the recent passing of Prince Philip of the United Kingdom – His Royal Highness the Duke of Edinburgh, Earl of Merioneth, and Baron Greenwich. Passing at 99 years of age on April 9, the 99th day of the year at 9:00 AM (that’s a…