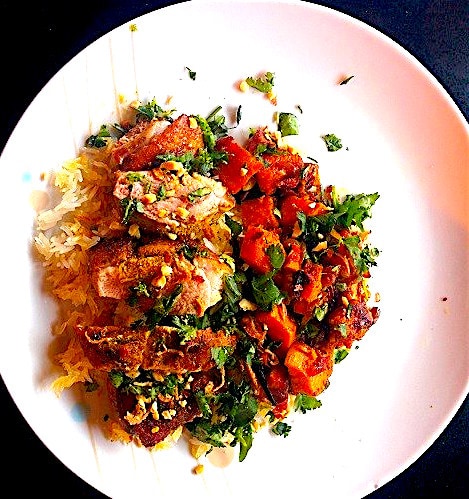 Citizens, the gorgeous island of Réunion (French: La Réunion, previously Île Bourbon) is found far out in the Indian Ocean, east of Madagascar and 175 kilometers (109 mi) southwest of the island of Mauritius. As of 2014, it had a population of 844,994.

As a result, Réunion is the outermost region of the European Union and, as an overseas department of France, also part of the Eurozone!

The island has been inhabited since the 17th century, when people from France, Madagascar and Africa settled there. Slavery was abolished on 20 December 1848 (a date celebrated yearly on the island), after which indentured workers were brought from South India, among other places. The island became an overseas department of France in 1946.

The local language, spoken by the majority of the population, is Réunion Creole – the official language is French.

The Réunionnaise tradition of using vanilla as a spice in savory dishes may seem odd to a Western palate only used to tasting vanilla in ice cream and desserts.

However, when used in moderation with duck, chicken, or fish the spice shows off a side of itself that is truly sublime (it is, after all, the most complex flavor in the world!).

Super-Chef Pierre Gagnaire first opened my eyes to the use of vanilla as a seasoning in his recipe for poached vanilla lobster – a true epiphany for me!

In this curry, the vanilla is allowed to interact and blend with more flavors. In a nod to the other major spice of the island, I added in a mélange of different peppercorns, including the pink peppercorn that is native to this magical land.

, first reported by one of my favorite and most talented of celebrity chefs, the mighty Andreas Viestad of Norway, host of New Scandinavian Cooking.