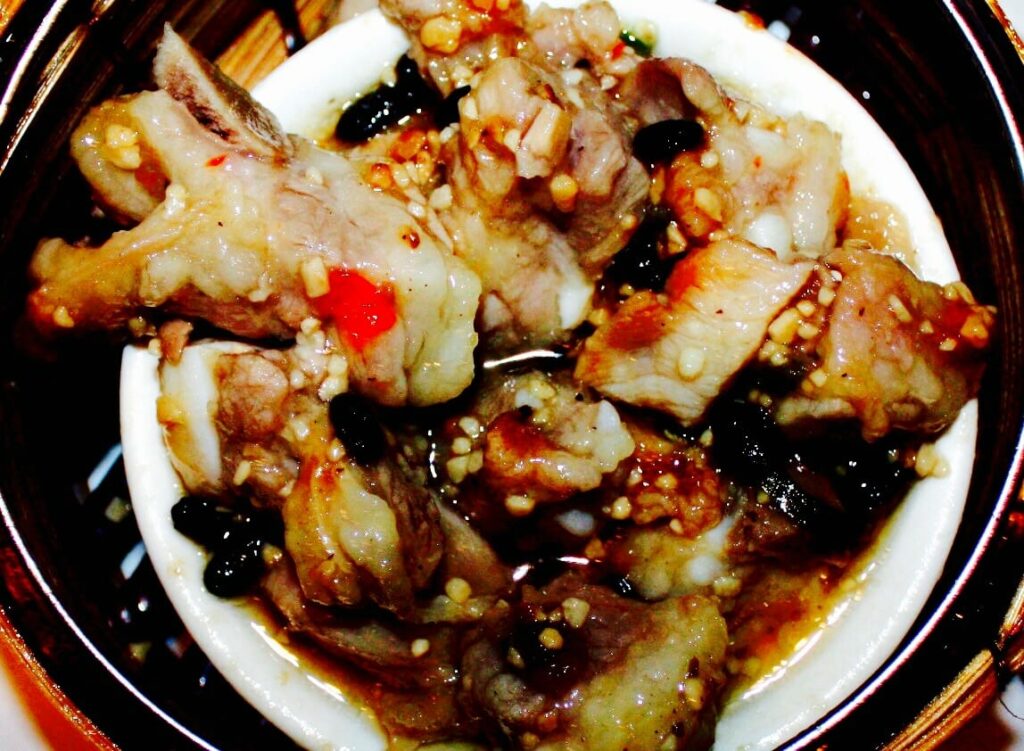 Citizens, I am a known and feared Cantonese dim sum fiend and have been a regular at my go-to restaurant for more than 17 years now.

That means this gweilo (aka white devil) never has to wait for a table. EVER. 🙂 It took me 13 years of regular visits to achieve my exalted status, and I am always a pampered and privileged guest. Rank hath its privileges indeed! I am now a certified dim sum expert and it is my great honor to share some of my expertise with you now!

One of my favorite dim sum to order is “Pai Gwat”, steamed spareribs nuggets in an addictive sauce that includes Chinese fermented black beans (a great culinary weakness of mine).

The unique culinary art of Dim Sum originated in China many hundreds of years ago. According to some sources the first Dim Sum was made 2,500 years ago, as evident in the poetry and music of that time.

Although Dim Sum is inextricably linked to Cantonese cuisine, it actually did not originate in Canton. The first Dim Sum is believed to have been made in Northern China and has changed and developed enormously over the centuries. The names of these little delicacies have also gradually changed.

Originally it was an exclusive luxury made for the Emperor and his family, but it was also enjoyed by the wealthy. Eventually it was also served in tea houses, particularly the busy tea houses along the famous Silk Road.

In the early 20th century there were many developments in the world of Dim Sum. The descendants of the Manchurian empire did not need to work so to pass the time they frequented eating and drinking establishments.

Tea houses and restaurants vied with each other for business by offering Dim Sum in ever increasing varieties.

Nowadays, Dim Sum is an integral part of Cantonese Chinese culture, and is widely appreciated in many other Asian countries. The filling, pastry and shape depends on the region and climate from which it originates.

The tastiest and best, according to many, comes from Southern China, Canton and Hong Kong. Eating Dim Sum at a restaurant is usually known in Cantonese as going to “drink tea” (yam cha), as tea is typically served with Dim Sum.

Dim sum means ‘touch the heart’ in Chinese. The small portions were designed to merely touch the heart not sate the appetite, and as such were first enjoyed as snacks. Over time, however, yum cha has evolved, and the cuisine is now a vital part of Chinese culture.

In southern China, and specifically Hong Kong, many restaurants start serving dim sum as early as five in the morning. It’s commonly believed in the culinary world that yum cha inspired ‘brunch’ as it’s so often enjoyed mid-morning.

Traditional Cantonese dim sum restaurants don’t serve dinner; instead, they open incredibly early and close in the early afternoon. However, more modern yum cha restaurants serve dim sum throughout the day and into the evening to satisfy the increasing demand for the mini morsels.

As it happens, this Cantonese dish of steamed spareribs with black beans, a touch of chili and delicious natural sauce is not that difficult to replicate at home (unlike the majority of steamed dim sum items – one of which metaphorically sent me on a short visit to the winsome land of insanity trying to duplicate).

I hope you will have the courage to give this delicious Cantonese recipe a try, citizens – it’s worth your attention, I promise! There are any number of other delicious dim sum to try and I shall be sharing many more! 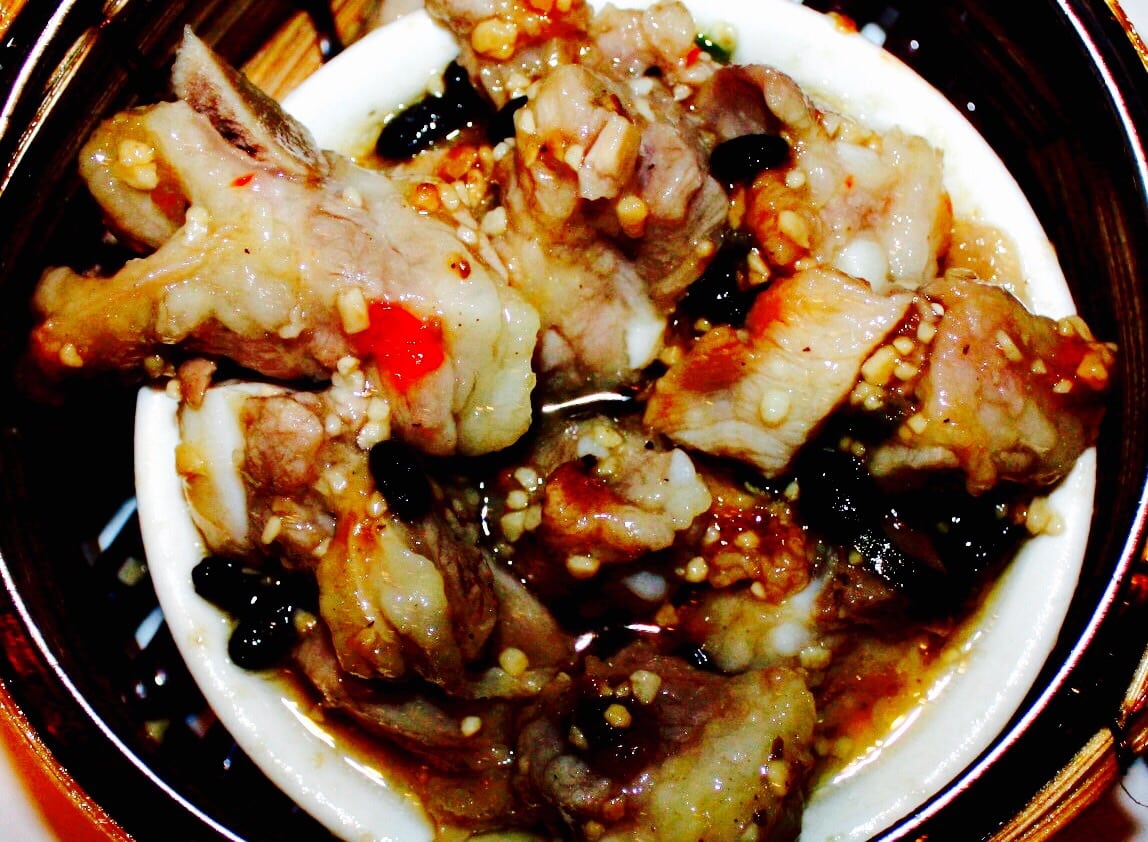