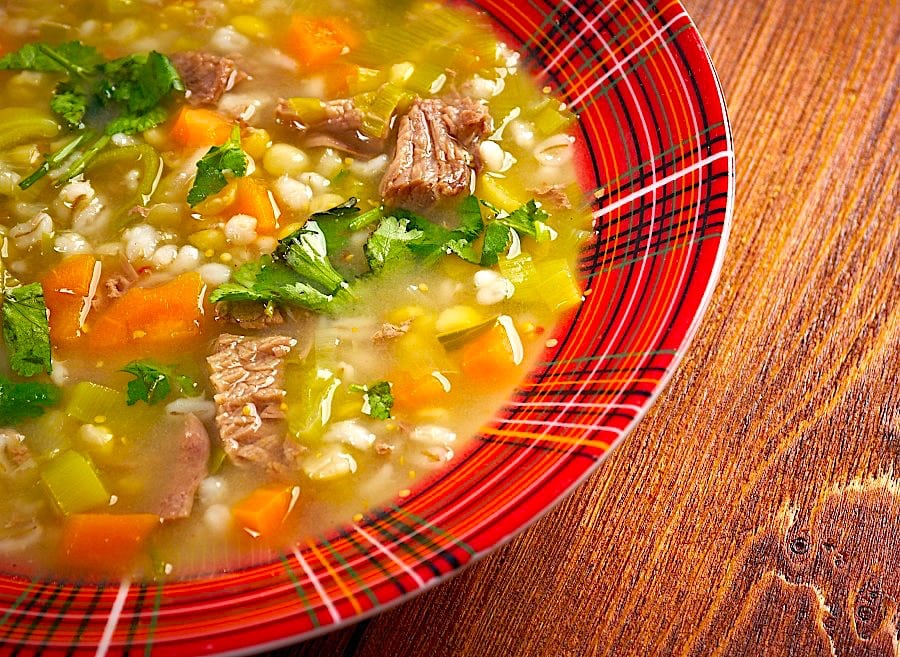 Citizens, today your magnanimous and windswept leader shares a recipe from the ultima thule that is the Outer Hebrides Islands of Scotland! 🙂

The islands form part of the Hebrides, separated from the Scottish mainland and from the Inner Hebrides by the waters of the Minch, the Little Minch and the Sea of the Hebrides. Scottish Gaelic is the predominant spoken language, although in a few areas English speakers form a majority.

The climate is mild and oceanic and the 15 inhabited islands have a total population of 26,900 with more than 50 substantial uninhabited islands. From Barra Head to the Butt of Lewis is roughly 210 kilometres (130 mi).

There are various important prehistoric structures, many of which pre-date the first written references to the islands by Roman and Greek authors. The Western Isles became part of the Norse kingdom of the Suðreyjar, which lasted for over 400 years until sovereignty was transferred to Scotland by the Treaty of Perth in 1266.

Control of the islands was then held by clan chiefs, principal of whom were the MacLeods, MacDonalds, Mackenzies and MacNeils. The Highland Clearances of the 19th century had a devastating effect on many communities and it is only in recent years that population levels have ceased to decline. Much of the land is now under local control and commercial activity is based on tourism, crofting, fishing, and weaving.

Scotch broth is a filling soup, originating in Scotland but now obtainable worldwide. The principal ingredients are usually barley, stewing or braising cuts of lamb, mutton or beef, root vegetables (such as carrots, swedes, or sometimes turnips), and dried pulses (most often split peas and red lentils). Cabbage and leeks are often added shortly before serving to preserve their texture, color and flavors. The proportions and ingredients vary according to the recipe or availability.

Scotch broth is a classic one-pot dish that can either be made as a soup-like starter or, as here it can be made as a richer main course. This is a version from the Western Isles that uses the dried seaweed, pepper dulse as a pepper substitute.

The unique addition of a spicy local seaweed called pepper dulse (also known as ‘the truffle of the sea’) is what differentiates Outer Hebrides Scotch Broth from its mainland cousin. Since pepper dulse is practically unavailable anywhere outside the Outer Hebrides region, , substituting crumbled wasabi-flavored seaweed snack as a decent replacement.

I’ve also replaced the wild thyme with dried wild thyme flowers that are easily available from Daphnis and Chloe.